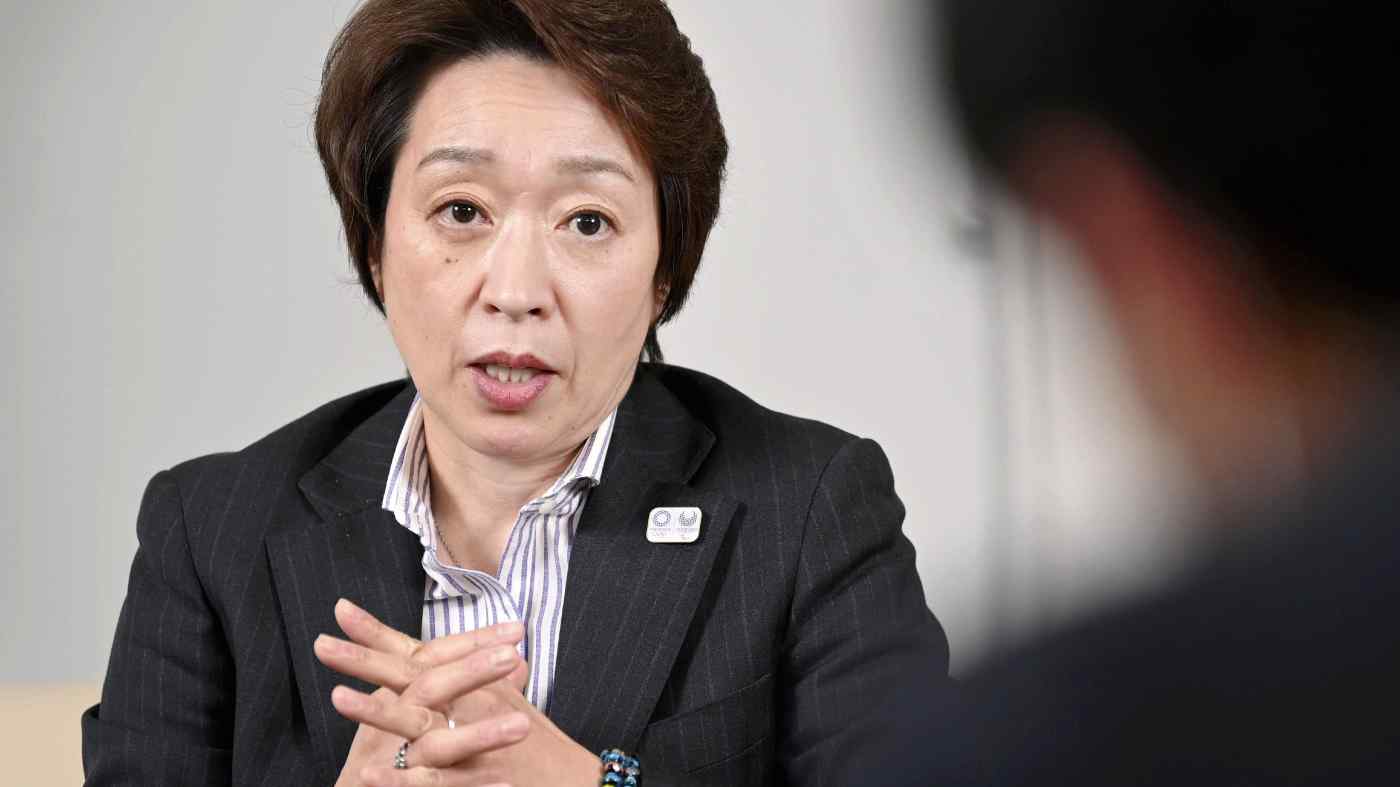 TOKYO -- Organizers of the Tokyo Olympics are not considering holding the games without spectators, Tokyo 2020 President Seiko Hashimoto told Nikkei on Friday.

Hashimoto on Feb. 18 took over from former chief Yoshiro Mori, who resigned over sexist remarks he had made.

"For athletes, it is the greatest pleasure to show their performance with full audiences," said Hashimoto. "We will come up with a format that is acceptable to everyone, based on medical knowledge."

She said that holding the games without spectators was not part of the scenario. Asked if spectators from overseas would be allowed, she did not give a direct response, but said she would discuss this with the International Olympic and Paralympic Committee.

With less than five months to go before the proposed start of the games, uncertainty remains over measures to prevent the spread of COVID-19 and limitations on spectators. Hashimoto stressed that she would work on these issues immediately by working closely with related organizations.

With no clear end to the pandemic in sight, some foreign media have reported the possibility that the games could yet be canceled. Organizers are also facing low support from the Japanese public to host the games this summer.

"We have to prioritize safety first and work on COVID countermeasures to wipe away any anxieties," said Hashimoto.

But some parts of the games will certainly be different from normal. Hashimoto said in an interview with Nikkei that a limited number of athletes would be able to march at the opening ceremony, given that they will be able to enter the Olympic Village just five days before the games start. She expects one-third of the total 10,000 athletes participating in the games to join the march at the ceremony.

"I thought it would be better to announce it faster to get everyone feeling safe," Hashimoto said, in explanation of their differing guidance.