No easy options for Tokyo Olympics in year of the virus 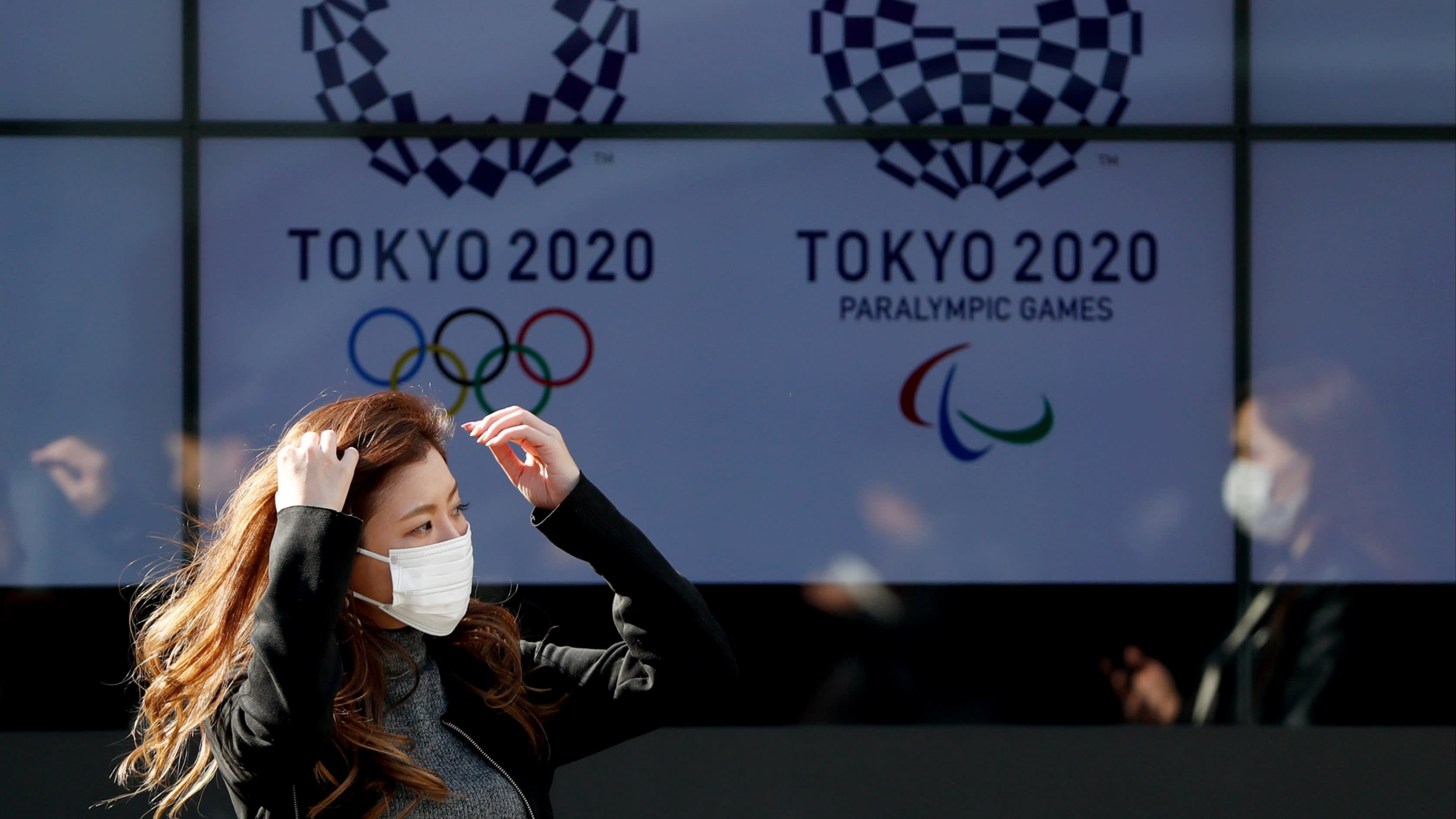 TOKYO -- As the coronavirus pandemic rages, Japan sits waiting for what is shaping up to be an inconvenient truth.

Despite assurances from the International Olympic Committee and Prime Minister Shinzo Abe's government, they will have no choice but to consider canceling or postponing this year's Olympic and Paralympic Games unless the virus' spread is brought under control.

Hardly any national or international sporting events have remained unaffected by the pandemic. In the U.S., Major League Baseball postponed the opening of its season, while the National Basketball Association suspended its games. The UEFA Champions League, one of soccer's biggest events, called time in hard-hit Europe.

This year's ISU World Figure Skating Championships have been canceled. And most significantly, preliminaries for the Olympics have been held up. If this situation continues, there is no way the games can go on as normal.

Since its start in Athens in 1896, the modern Olympics, including Winter Games, have been canceled only five times, all during the two world wars. The fight against the new coronavirus has come to resemble another great conflict, this time against a common enemy of humanity.

The authority to decide the fate of this year's Games lies not in the hands of the Tokyo Organizing Committee, the Tokyo government nor the Japanese government. The final decision rests with the IOC.

IOC President Thomas Bach told a German media outlet that he would respect recommendations by the World Health Organization. The committee holds three options: canceling the Games, postponing them or holding them behind closed doors. Each has its pros and cons -- and difficulty level.

Cancellation will be the worst-case scenario for Japan. Money spent on preparations all these years would be wasted, and the economic benefits of an influx of international visitors would vanish.

The effect would be more than monetary. Hosting the Olympics and Paralympics again was hoped to become a catalyst for change in an aging Japanese society. At a time when many citizens see grim prospects for the future, there is an expectation that the event will help put the country on a more sustainable path. Even small-business owners have made investments to capture a tiny share of the huge sporting event.

The IOC is unlikely to choose cancellation, not just because it does not want to lose broadcast rights, which account for the bulk of its revenues. Faced with such a recent precedent, cities may think twice about hosting the Olympics.

Holding the Tokyo Games without spectators would allow restricted access while securing broadcasting revenue. Sponsors may be unhappy with the option, but advertisements are already banned at all Olympic venues.

As there will be little excitement in any event without spectators, ads would arguably lose much of their impact on viewers. In terms of its effect, this option would not differ much from canceling the Games. One can rightly doubt whether athletes would give their best performance without spectators.

Nor would keeping fans out lower the risk of infection among the more than 10,000 athletes in the Olympic Village. A behind-closed-doors Olympics also runs counter to the philosophy of the event, which seeks to promote mutual understanding among nations through sports.

Postponement is an option more acceptable to the IOC and Japan. For athletes, it is better than cancellation. But even if a delay is chosen by the process of elimination, the question remains whether it is practical.

Hosting an Olympics in autumn or later faces opposition from U.S. broadcasters. A postponement of one or two years has been mentioned as a possibility, but that, too, would face hurdles.

For example, there are questions over whether the athletes should have to re-qualify for delayed Games and what to do with the more than 110,000 volunteers registered with the organizing committee and the Tokyo Metropolitan Government. In addition, athletic and other related facilities must be secured again.

While housing units in the Olympic Village will be sold as condominiums after the Games, whether they will be affected by a delay in the event is in question. It will also be costly to maintain the structure of the organizing committee, which will have to redo a huge volume of work such as clerical procedures and renegotiation of deals and arrangements.

If the Games were delayed to 2021 or 2022, fundraising for the 2024 Olympics in Paris would be affected as well. Deliberations will also be needed on what to do with rights granted to sponsors of the Tokyo Olympics.

The most difficult part would be adjusting schedules for various sports. Although there are no world championships for track and field and swimming in Olympic years, the World Athletic Championships and World Aquatics Championships are scheduled to be held in Oregon and Fukuoka, respectively, in 2021. If the Tokyo Olympics is put off to 2021, they would be canceled as they are slated to take place around the same time of the Games.

Oregon is likely to resist canceling the event because it is home to Nike, the world's largest maker of sports ware and equipment with strong ties with the championships.

Possibly taking those circumstance into account, Haruyuki Takahashi, a former senior managing director of Dentsu and board member of the organizing committee, said, "The best adjustment possible is a two-year postponement."

But hosting the Tokyo Olympics in 2022 would meet strong opposition from Paris on the grounds that the value of the 2024 Games would drop.

Unlike the first half of the 20th century, the world's largest commercial event now has wide-ranging stakeholders, athletes, broadcasters and corporate sponsors. A cancellation or postponement will inflict enormous damage on all sides.

While the IOC has often been criticized for commercializing the Games, its main focus has been ensuring their sustainability. In fact, the committee only started to mine the event's commercial potential in the 1980s because the Olympics faced an existential crisis. The IOC fears a world in which people lose interest in the Olympic movement, sending the Games into decline.

If IOC judges think that defying the pandemic to hold the Games as scheduled would ultimately hurt the Olympic brand, it would probably decide against the idea.