TOKYO -- The postponement of the 2020 Summer Olympics in Tokyo is particularly painful news for railway operator Seibu Holdings, whose hotel operations had buoyed its stock in the run-up to the games but have now become a drag amid the coronavirus pandemic.

The shares have sunk roughly 30% from a February high, faring worse than such other rail companies as Tokyu and Tobu Railway. This is because the possibility of an Olympics-driven earnings rebound in the year ending March 2021 "has been put on ice," an analyst said.

Seibu has 76 hotels inside and outside Japan, mainly under the Prince Hotels brand. Hotel and leisure operations generate about 40% of its consolidated revenue -- well above the 10% level typical among its peers.

The company warned of a blow from the coronavirus in early February, when it projected a 400 million yen ($3.61 million) hit to operating profit for the current fiscal year. But this took into account only a drop in Chinese tourism to Japan from the outbreak in China, and the damage is sure to be far more severe now that the virus has spread worldwide.

Many analysts see Seibu's revenue per available room, a common performance metric in the hotel industry, dropping around 20% to 30% for February and more in March. Odakyu Electric Railway said last week that revenue at the Hyatt Regency Tokyo sank 31% on the year in February.

Japan's hotel industry "already faces the structural problem of oversupply, so it's hard to say where the bottom is," said Ryota Himeno of JPMorgan Securities Japan. "The decline could grow larger in April and May."

The Olympics postponement compounds this difficult situation. Seibu was set to provide rooms in Tokyo-area hotels to the organizing committee during the games at the rack rate, or the maximum advertised price.

"That's higher than normal, when rooms often go for 60% to 70% of the rack rate, and the occupancy rate would likely have been 100%," said Shinichi Yamazaki of Okasan Securities.

How the postponement will be handled has yet to be determined. The new time frame for the games "may coincide with planned redevelopments of hotels in the Shinagawa-Takanawa area" of central Tokyo, Yamazaki said.

The pandemic has also hit Seibu's railway business as more workers telecommute and people avoid events. Its leisure operations face a number of headwinds, including the temporary closing of the Toshimaen and Seibuen amusement parks and the delayed start to the baseball season, which will hit revenue from the Saitama Seibu Lions. The company's resort hotels in Hawaii are grappling with U.S. restrictions on inbound travel. 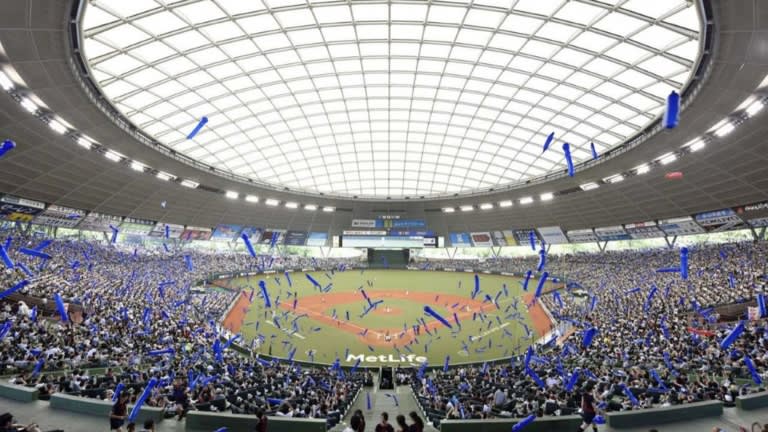 With professional traders seeing no reason to buy, Seibu may target retail investors. Individuals held about 12% of Seibu's outstanding stock at the end of fiscal 2018 -- markedly less than Tokyu's 28% and Tobu's 37%, for example.

After predecessor Seibu Railway was delisted in 2004 over falsified financial reports, its shares were diluted by a capital injection from U.S. private equity firm Cerberus Group. The firm, which owned more than 30% of the company at one point, has gradually sold down its stake, only for foreign institutional investors to take its place.

Rail operators tend to attract retail investors who live along the tracks hoping for free tickets and other shareholder perks. But "compared with other operators, Seibu tends to have fewer retail shareholders who hang on to their holdings for the long term for the perks," said Himeno.

Seibu announced in February that it would buy back up to 15 billion yen in shares, but the market response was tepid. Its stock price could be falling in part because it has few long-term shareholders -- a group generally unperturbed by minor ups and downs in corporate performance.

Seibu is working to change this. It began boosting shareholder incentives in January, lowering the threshold for receiving VIP train tickets and discounts to nearby businesses to 100 shares from 300, and for tickets to Seibu Lions ballgames to 500 shares from 1,000.

In its leisure segment, Seibu plans to renovate the Seibuen Amusement Park next year in an effort to lift customer traffic, which has plunged 75% over three decades. There is also talk of building a Harry Potter-themed park on the grounds of Toshimaen, a Tokyo amusement park the company reportedly plans to shut down.

While many uncertainties remain over the Olympics, winning over retail shareholders in the meantime could help the company weather the storm.