Pfizer and BioNTech to donate COVID shots to Olympic athletes

Vaccines to make Tokyo games 'safe and secure for all participants': IOC chief 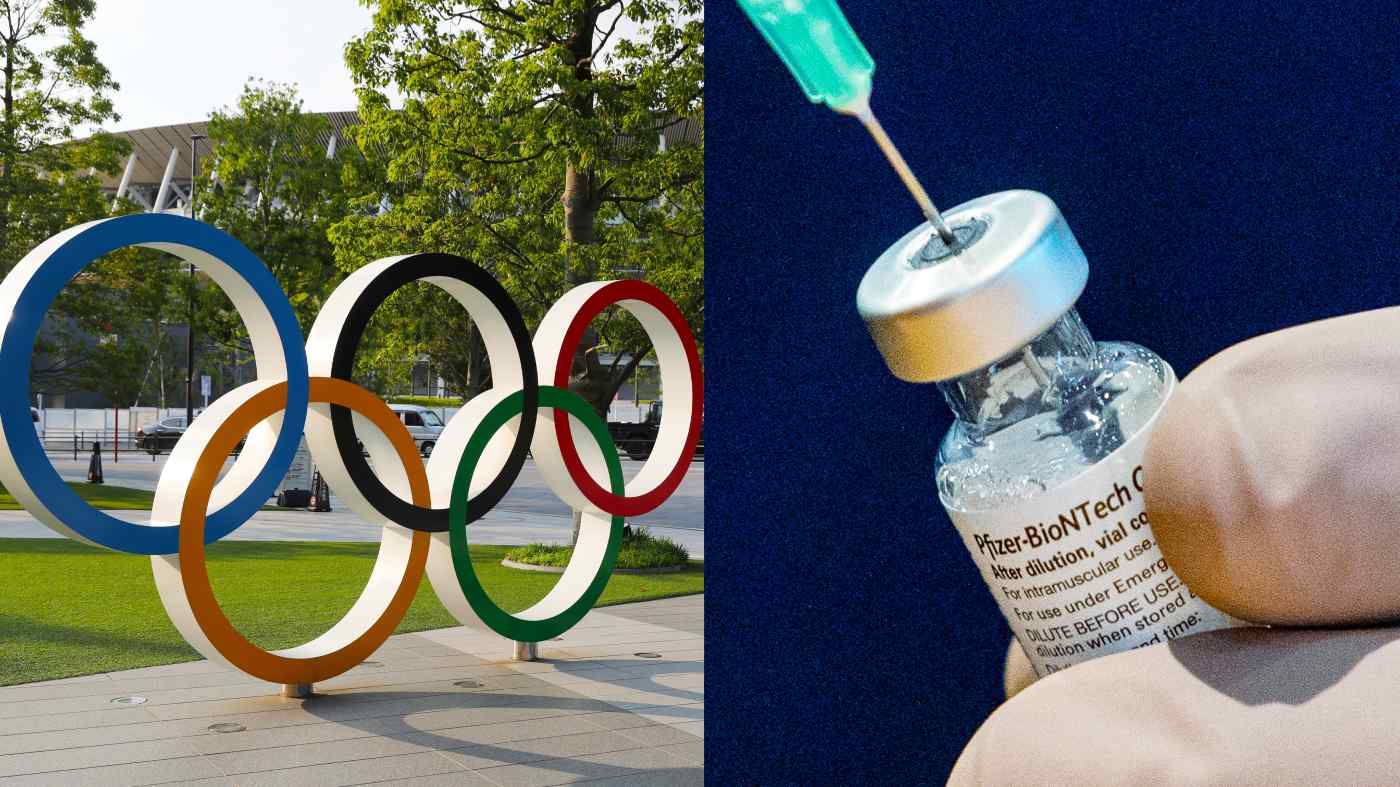 Pfizer will start supplying shots as early as the end May so that athletes and delegations can complete their vaccinations by the opening of the games. (Source photos by Yo Inoue and Reuters)
YUKO NOMURA, Nikkei staff writerMay 6, 2021 19:30 JSTUpdated on May 6, 2021 23:08 JST | Japan
CopyCopied

NEW YORK -- U.S. drugmaker Pfizer and German biotech company BioNTech on Thursday announced the signing of a memorandum of understanding with the International Olympic Committee to donate doses of their COVID-19 vaccine to inoculate athletes and delegations participating in the Tokyo Olympics this summer.

The drugmakers will start supplying vaccines as early as the end of this month so that athletes and delegations can complete their vaccinations by the opening of the games in late July.

The IOC is expected to discuss the matter with national Olympic committees around the world and provide vaccines as needed. It is up to states to offer immunization to athletes and delegations, in accordance with local guidance, before traveling to Japan for the Tokyo games. The IOC and the International Paralympics Committee have said that vaccination is not mandatory for athletes to participate, and that any vaccination program must be conducted in full respect of national vaccination priorities.

"This donation of the vaccine is another tool in our toolbox of measures to help make the Olympic and Paralympic Games Tokyo 2020 safe and secure for all participants, and to show solidarity with our gracious Japanese hosts," IOC President Thomas Bach said in a statement. "We are inviting the athletes and participating delegations of the upcoming Olympic and Paralympic Games to lead by example and accept the vaccine, where and when possible."

Pfizer CEO Albert Bourla said in a statement: "The return of the Olympic and Paralympic Games represents a monumental moment of world unity and peace after a grueling year of isolation and devastation. We are proud to play a role in providing vaccines to athletes and national Olympic delegations." Pfizer CEO Albert Bourla at the online interview with Nikkei, May 6.

In a phone conversation with Japanese Prime Minister Yoshihide Suga, Bourla offered to donate the Pfizer-BioNTech vaccine for athletes and their delegations. After that conversation, the Japanese government met with the IOC, and now the donation plan is in place.

"I think it would be a shame if this virus takes also another victory against human civilization by not allowing the Olympics to happen," Bourla told Nikkei in an online interview Thursday. "I think symbolically it represents the hope for the world and we are going back to our highest values."

Pfizer and BioNTech "are contributing a powerful tool so that the games can be performed under safe and secure conditions," the CEO added.

Several participating countries, including Australia and Iran, have taken steps to inoculate their Olympic athletes. IPC President Andrew Parsons said last week that around 60% of Paralympians have been vaccinated.

Scientists, however, are still studying whether a vaccinated person can spread the virus to the non-vaccinated, according to the U.S. Centers for Disease Control and Prevention. Infection risks are weighing on the Japanese public, 72% of whom oppose hosting the Olympics this year. Less than 2% of Japan's population has been vaccinated.

The Japanese government has signed a contract with Pfizer for about 144 million doses of COVID-19 vaccine this year, enough to inoculate 72 million people. Suga asked Bourla to provide additional doses in a phone call in mid-April.

The Pfizer-BioNTech vaccine, which was approved in February in Japan, is the only one the government has approved so far.