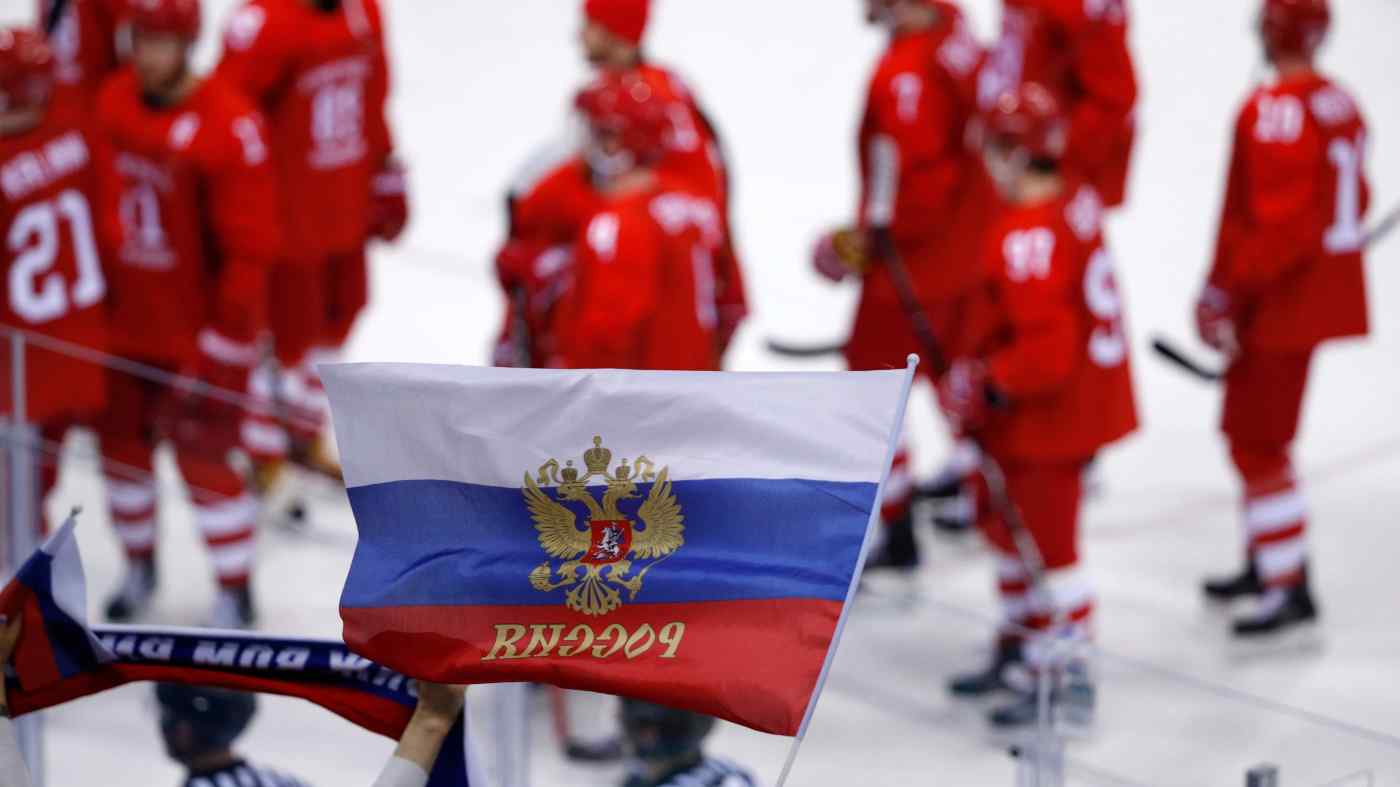 A fan waves the Russian flag at a men's hockey match during the 2018 Winter Olympics in South Korea. Athletes were banned from competing under the Russian flag at the event.   © Reuters
RINTARO HOSOKAWA, Nikkei staff writerDecember 10, 2019 01:03 JST | Russia, Caucasus
CopyCopied

LAUSANNE, Switzerland -- Russia has been barred from competing in major international sports events for the next four years, including the Tokyo Olympic and Paralympic games next summer, in response to alleged systematic doping offenses in the country.

The World Anti-Doping Agency made the decision unanimously on Monday.

The "strong decision today shows WADA's determination to act resolutely in the face of the Russian doping crisis," Craig Reedie, the agency's president, said in a statement. The ban also covers the 2022 Winter Olympics in Beijing.

Russia also will be prohibited from hosting international competitions. Events such as the World Wrestling Championships and the Volleyball Men's World Championships, both slated for Russia in 2022, would be moved to another country.

Russian athletes will be permitted to compete on an individual, unaffiliated basis if they can show they were not involved in the doping scandal, but they may not compete under the Russian flag.

"The fact that these decisions keep on repeating and are often applicable to those athletes who have already been punished this or that way, obviously makes one think that it is a continuation of the anti-Russian hysteria that has already grown chronic," he was quoted a saying by TASS.

WADA had found evidence of state-facilitated doping and manipulation of test results by Russia in a 2016 report. Though the International Olympic Committee permitted Russia to compete in the 2016 Summer Games in Brazil, the country was barred from the 2018 Winter Olympics in South Korea -- where some individuals were permitted to participate as "Olympic Athletes from Russia."