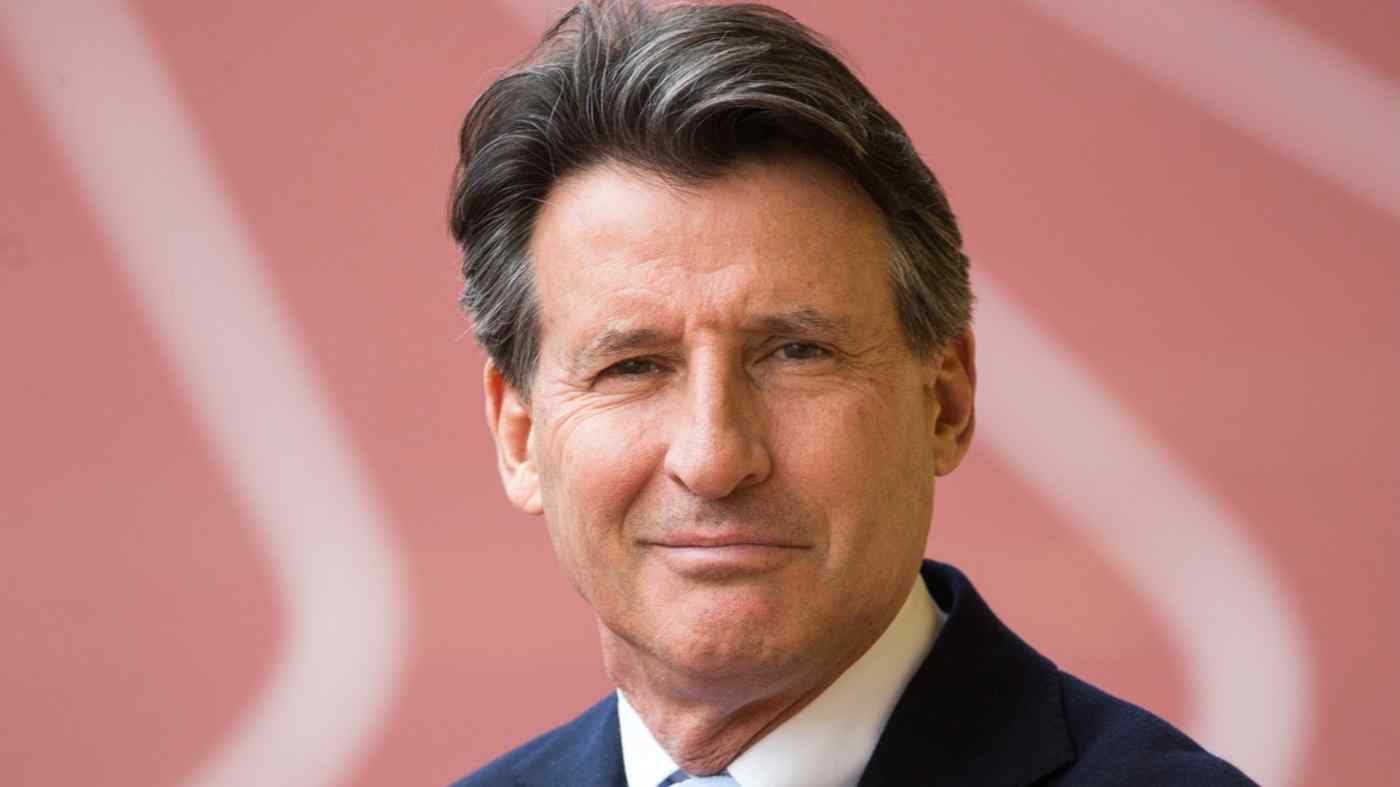 LONDON -- Sebastian Coe, president of World Athletics and an International Olympic Committee (IOC) member, said postponing the Tokyo Games is no longer an option and expressed confidence they can be held safely.

Amid the coronavirus pandemic and Japan's latest state of emergency still in place in Tokyo, the Japanese public continues to be apprehensive about hosting the event planned for this summer. Public opinion surveys still show some want the Olympics and Paralympics to be postponed a second time.

But Coe said a further delay is no longer an option. "I think we all have to be realistic that a postponement is not possible," he told Nikkei Asia in a recent online interview.

Next year is already packed with other major sporting events, he said. "It would mean moving it into a year that would clash with so many other things, including a World Cup and the Winter Olympic Games in Beijing," he said.

If the Tokyo Games were not to go ahead this year, Coe was clear they would have to be canceled. "I think we recognize that it will not be a postponement, it would be a cancellation, and the next Games would be Paris," he said. The French capital has already been awarded the 2024 Olympics. 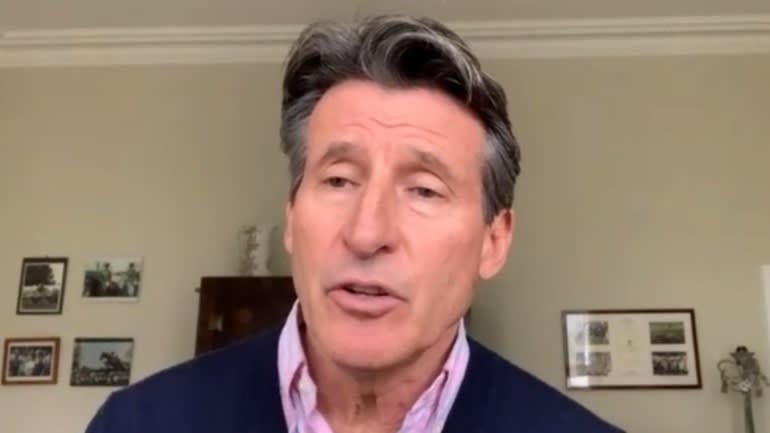 Coe speaks in a recent virtual interview with Nikkei Asia. He said that many international sporting events have taken place successfully with social distancing by adapting and putting safety first.

Though there may have been hopes when the Games were first postponed last year that 2021 would see the pandemic subside, that has turned out not to be the case. Still, Coe said that many international sporting events have taken place successfully with social distancing measures -- some even with fan attendance -- by adapting and putting safety first.

"The number one objective is to deliver a safe and secure Games," he said.

"I do understand there will be concerns amongst some elements of the population who would love to see a Games but are clearly maybe concerned about the health, safety of their own communities, and their own friends and family," he said. "They should rest assured that we take that very seriously. We take that incredibly seriously."

He thinks the rollout of the vaccination will also make it safer for athletes and spectators.

Because the vast majority of people who watch the Games watch it on TV, the lack of a packed stadium full of fans is "not a deal breaker," according to Coe.

Himself an Olympian who won medals as a British middle-distance runner in Moscow in 1980 and Los Angeles in 1984, Coe feels that for athletes the most important thing is to be able to compete. 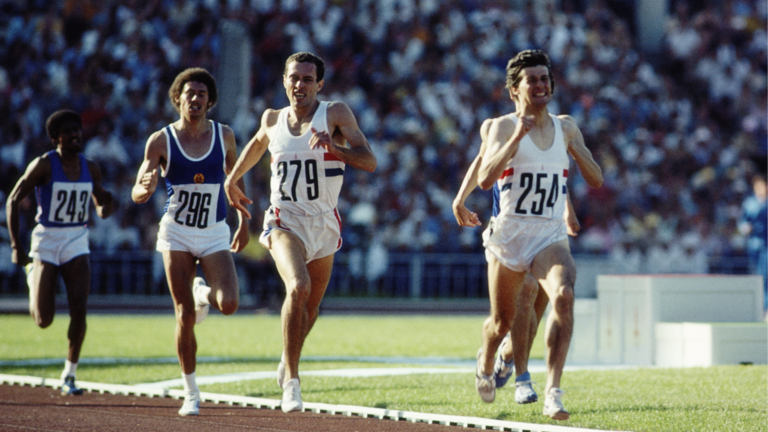 "There are many athletes who will have careers that will not feel, they won't feel that they've met their full potential without being able to demonstrate that on the highest sporting stage, sporting platform," he said, referring to the Olympics.

"I think the athletes, I think we all recognize, there will have to be, there may need to be, adaptations," he said.

Having been chair of the London Organising Committee of the Olympic and Paralympic Games for 2012, he feels it is important to remember that the Games belong to all.

"I hope that the Japanese people, with my full respect, they understand that there is a global community that is very, very, very keen to see the Games take place in a fantastic country," he said. "And people look to sport to lead the hope and the optimism in the post pandemic world. There's no better platform than an Olympic Games to do that." Protesters shout slogans in Tokyo on Feb. 12 during a rally in front of a building housing the Organizing Committee of the 2020 Tokyo Olympic Games to demand their cancellation and to criticize  comments by the committee's then chief Yoshiro Mori.   © Reuters

Precisely because of the ongoing pandemic, Coe predicts the Games will be "beyond poignant."

But they come with their own challenges as well, such as the uneven vaccine rollout across the world. With advanced economies like the U.K. well ahead of developing countries in vaccinating their populations, there is a question over whether there can be a level playing field for athletes from different countries.

The IOC is in discussion with the World Health Organization on how to help countries where the rollout is more complicated or costly, Coe said.

Whether about qualification, training, or competitive opportunities, all aspects are being consciously examined, he said. "Everybody is trying to create a landscape where, in very challenging circumstances, you have as level [a] playing field as possible," he said.

The president of the Tokyo Organizing Committee of the Olympic and Paralympic Games Yoshiro Mori, resigned on Feb. 12 after making sexist remarks about women speaking in meetings. While avoiding directly commenting on the events, Coe said diversity and gender balance is important in an organization. He also welcomed former Olympian Seiko Hashimoto, the newly appointed head of the organizing committee, saying "it is with full expectation that we will work as closely with Ms. Hashimoto Seiko as we did with President Mori."

Coe said in his time as chair of the London committee as well as when he was elected president of World Athletics, he placed significance and focus on gender balance and diversity in governance structures.

"I'm certainly not making observations about the specific issue, but it is really important that we have organizations that reflect the world we live in," he said.

It is important also from an outcome perspective, he said. "Any organization in any sphere that is diverse and inclusive across every metric that you would apply, will outperform an organization that isn't, by 15%," he said, adding that dealing with difficult situations well "can be a driver for change."