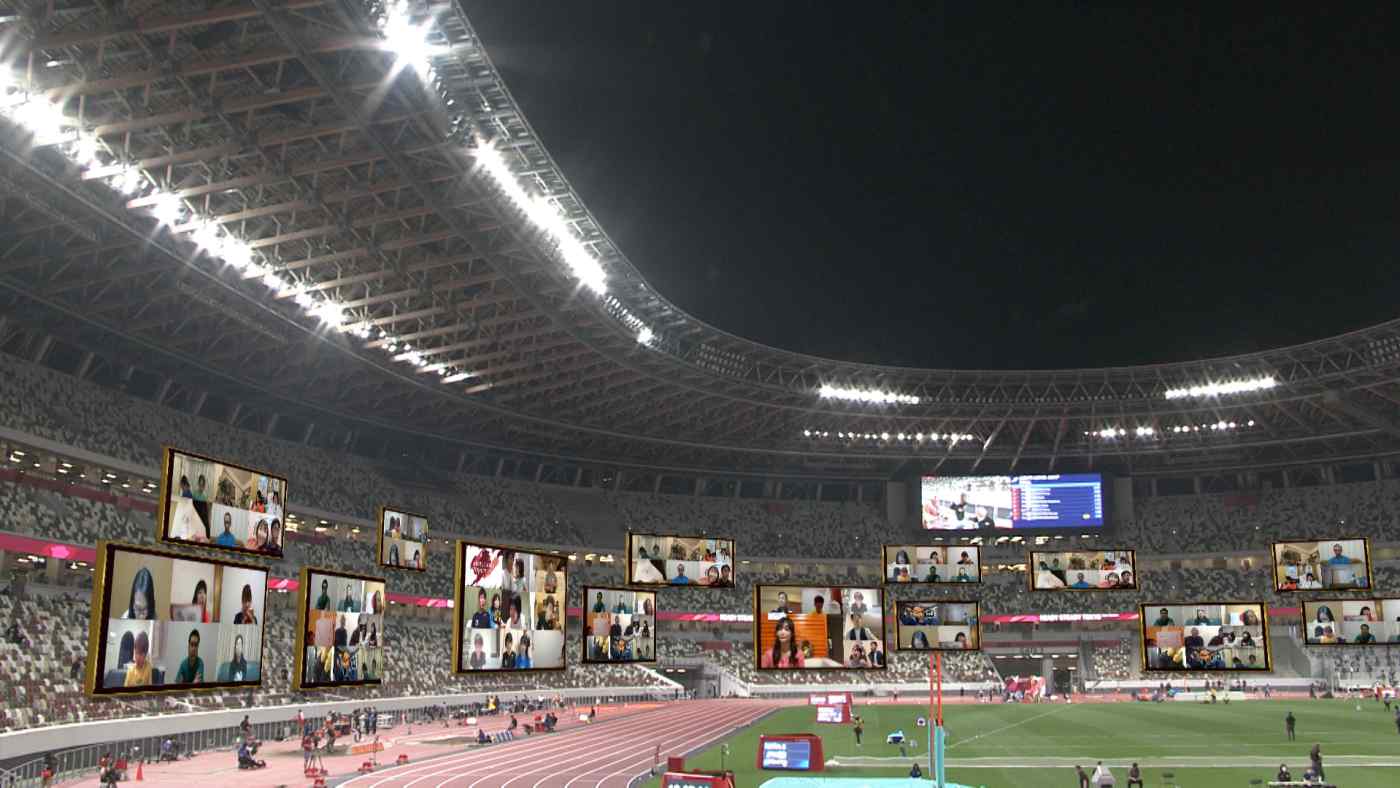 TOKYO -- With the Tokyo Olympics resigned to be a crowdless affair, organizers and broadcasters are pulling out all the technological stops to bring the Games closer to people's living rooms.

When Japanese swimmer Yui Ohashi won the gold medal in the 200-meter individual medley on Wednesday, a TV graphic showed the speed of the leading competitors in meters per second in real time during the final stretch of the event.

The graphic was made possible by cutting-edge tech from Swiss watchmaker Omega. Four special cameras broke down the stroke count and the acceleration of the swimmers using artificial intelligence.

The technology depicts the full story of the races and clearly shows the deciding factors in who won, said Alain Zobrist, CEO of system development subsidiary Omega Timing.

Viewers "will be able to replay [the video] and follow the ball's movement from a player's perspective," said Kunimasa Suzuki, president of Intel's Japanese arm.

Japanese public broadcaster NHK is showing the Olympics in high-resolution 4K and 8K quality for the first time. Broadcast vehicles, high-speed cameras and slow-motion equipment -- all of them 8K compatible -- worked in tandem to capture judo, swimming and other events in high-def sharpness. 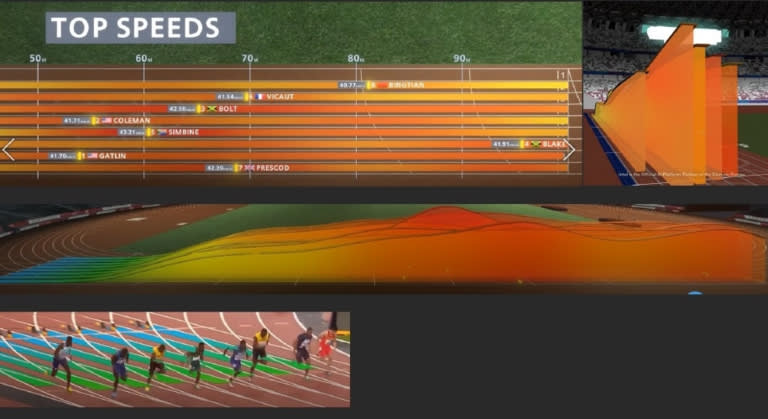 Nearly 460,000 units of 4K and 8K devices were sold across Japan in June alone, according to the Tokyo-based Association for Promotion of Advanced Broadcasting Services, the second-highest monthly total on record.

Tokyo broadcaster TBS is providing fans a chance to root for athletes virtually through a "remote cheering" program. Footage of fans cheering through webcams is superimposed on spectator seating during live broadcast of events.

Since most of the Olympic events will be held without spectators, livestreams likely will take hold among audiences. The access count to gorin.jp, the official streaming site of commercial broadcasters, has been high. About 2,000 hours of video are slated to be shown, including commercial broadcasts of events and internet-only streams.

Though the access numbers have not been disclosed, "by the fourth day of the Games, the view count exceeded the numbers for the 2016 Summer Olympics in Rio and the 2018 Winter Olympics in Pyeongchang," said a representative from the Japan Commercial Broadcasters Association.

The Olympics have long served as a venue for cutting-edge broadcast technology. During the 1964 Tokyo Games, live broadcasts in color and satellite feeds made their world debut. In the 2012 London Olympics, the BBC collaborated to broadcast a number of events in 4K and 8K, which were telecast in Japan at public viewing venues.