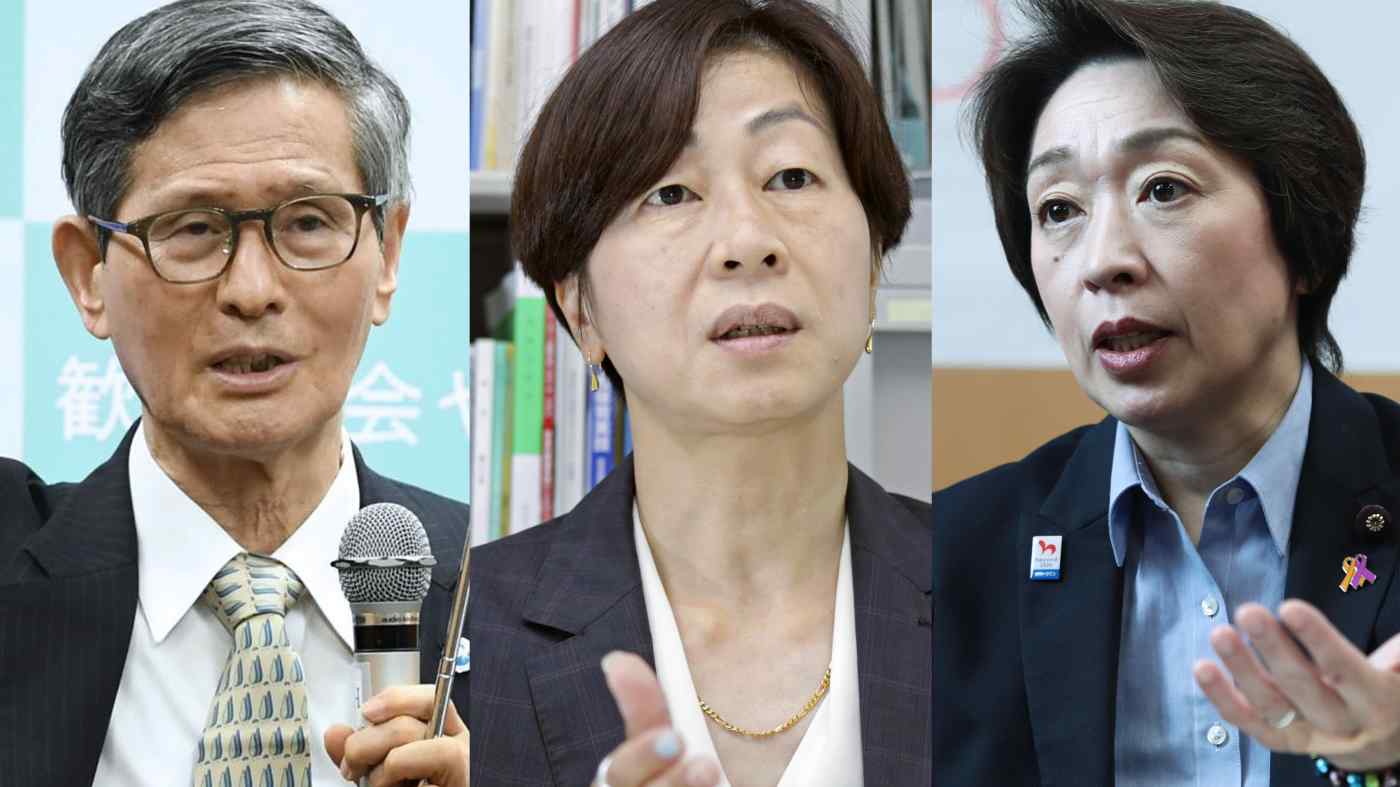 TOKYO -- Less than 50 days before the start of the Games, Tokyo 2020's president batted off criticism from a board member of the Japanese Olympic Committee and the head of the government's COVID-19 advisory panel.

"We know that the world is facing an extraordinary crisis," Seiko Hashimoto told reporters in Tokyo, while stressing that it was the organizers' "mission" to proceed with preparations.

"Our mission is to devote all our efforts to gain understanding and develop thorough countermeasures for COVID-19," she said. "We are in a pandemic situation, and I think will give value and meaning to the Games."

Not only are the Olympics unpopular with the Japanese public -- 62% of respondents to a Nikkei poll published Monday said they should be postponed or canceled -- but members of the Japanese establishment are starting to voice concerns in public.

Shigeru Omi, head of COVID-19 panel, said on Tuesday said that holding the games under the pandemic is "normally unthinkable," casting criticism on organizers trying to push through with the games. On Friday, he told parliament that the biggest risk from the Games was an increased movement of people.

Asked about his remarks, Hashimoto said: "Tokyo 2020 places importance on his comments. To further simplify and optimize, we need to hear his views and unless we do that, we cannot gain an understanding of the citizens."

Last month, International Olympic Committee Vice President John Coates said the games can still be held even if the emergency remains in place. Tokyo and eight prefectures are currently under a state of emergency, which was extended this week to June 20. The giant Olympic rings are seen through a tree at the waterfront area of Odaiba Marine Park on June 3.   © Reuters

"At the time of the bid, the IOC said that public opinion is important, but now it is clear that even if it concerns the IOC, it has no impact on its decisions," Yamaguchi said in an opinion piece carried by Japan's Kyodo News agency.

"The games have already lost meaning and are being held just for the sake of them, she added. "I believe we have already missed the opportunity to cancel. It would require too much energy to make and follow through with such a decision. We have been cornered into a situation where we cannot even stop now. We are damned if we do, and damned if we do not."

The Japanese government has shrugged off such concerns, repeating saying they are aiming to hold the games in a "safe and secure" manner.

"We have kept believing in the power of sports," Olympic Minister Tamayo Marukawa told reporters on Friday, when asked about the meaning of the games.

"We have put every effort to implement the best possible countermeasures," she added. "We are convinced that each of these efforts will provide us with a variety of insights when it comes to moving society forward."

"By realizing a safe and secure games, we can deliver hope and courage to the world," he told Kyodo News.

Tokyo 2020's Hashimoto stressed it is her job to keep the preparations going.

"To hold the games with 100% confidence, it is our mission to make preparations," Hashimoto said. "But still, if the IOC and Tokyo Metropolitan Government judge that it is difficult, then it is also our mission to respond to such judgments."