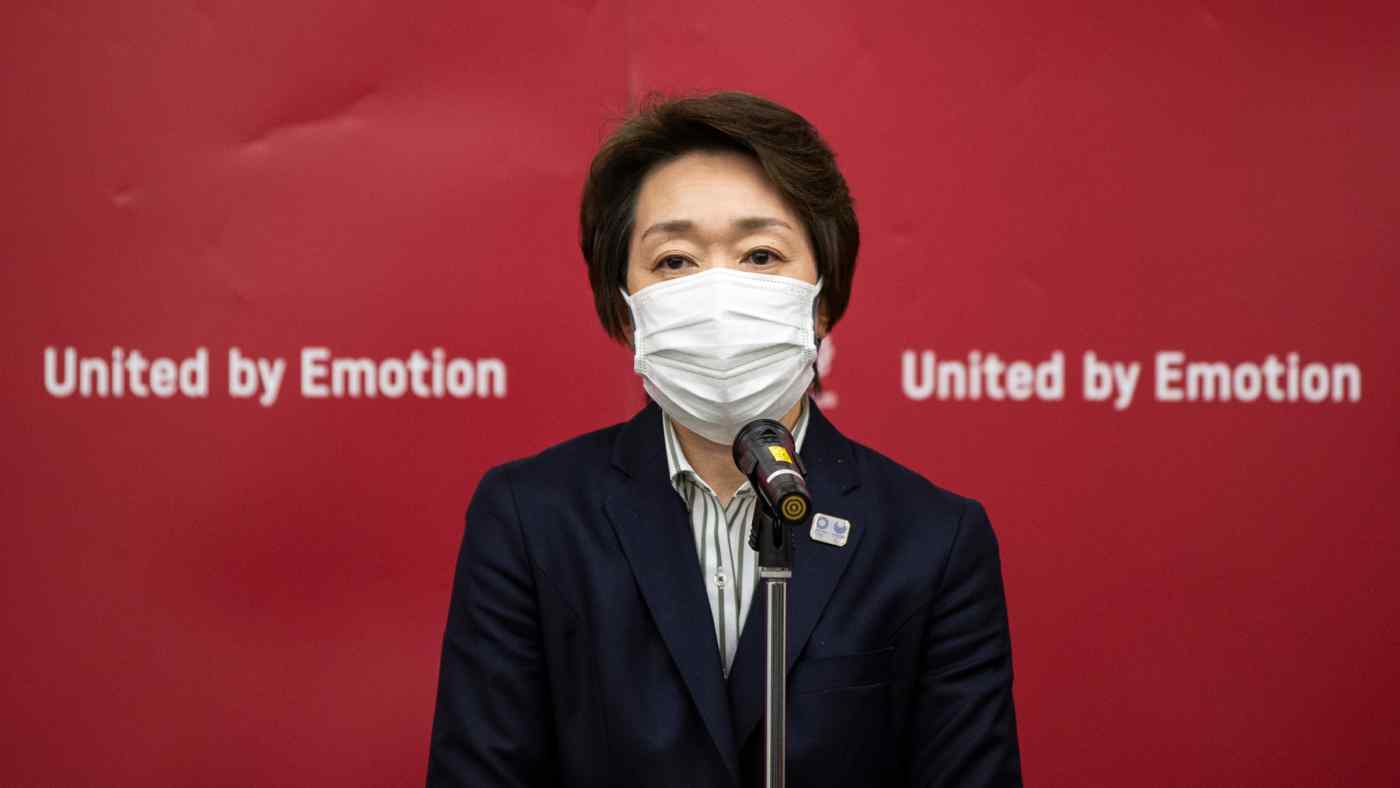 Tokyo 2020 Organizing Committee President Seiko Hashimoto speaks to the media after a video conference with the IOC executive board, in Tokyo on Feb. 24.   © Pool via Reuters
February 25, 2021 00:50 JST | Japan
CopyCopied

TOKYO (Reuters) -- Organizers of the Tokyo Olympics will give promoting gender equality as high a priority as efforts to ensure a coronavirus-free Games, their head said on Wednesday.

Seiko Hashimoto, admitting that the COVID-19 epidemic had left many people worried heading towards the Games, said organizers planned to release detailed coronavirus guidelines on Thursday for the torch relay starting in late March.

Hashimoto said the organizing committee had set up a gender equality promotion team and reiterated a goal to boost the proportion of women on its board to 40%.

"Even with limited time until the Games, we will work hard so people can look back and say this is a big turning point for Japan," Hashimoto told reporters in reference to the new equality team.

She spoke after a meeting with the International Olympic Committee (IOC) board, and as - in remarks unlikely to calm public concerns over the Olympics - the minister overseeing Japan's vaccination program told a separate event that the Games were not part of his planning.

About 1,000 Games volunteers have quit since early this month, while four torch runners resigned so far, according to the organizing team.

Responding to what was essential for the Games to go ahead, 80% said a fall in the number of coronavirus patients in Japan, while 76% said preventive measures such as vaccines, a poll of Paralympic sporting groups by public broadcaster NHK said.

The Olympics, which were cancelled last year due to COBID-19, are set to run from July 23 to Aug. 8 and the Paralympics from Aug. 24 to Sept. 5.