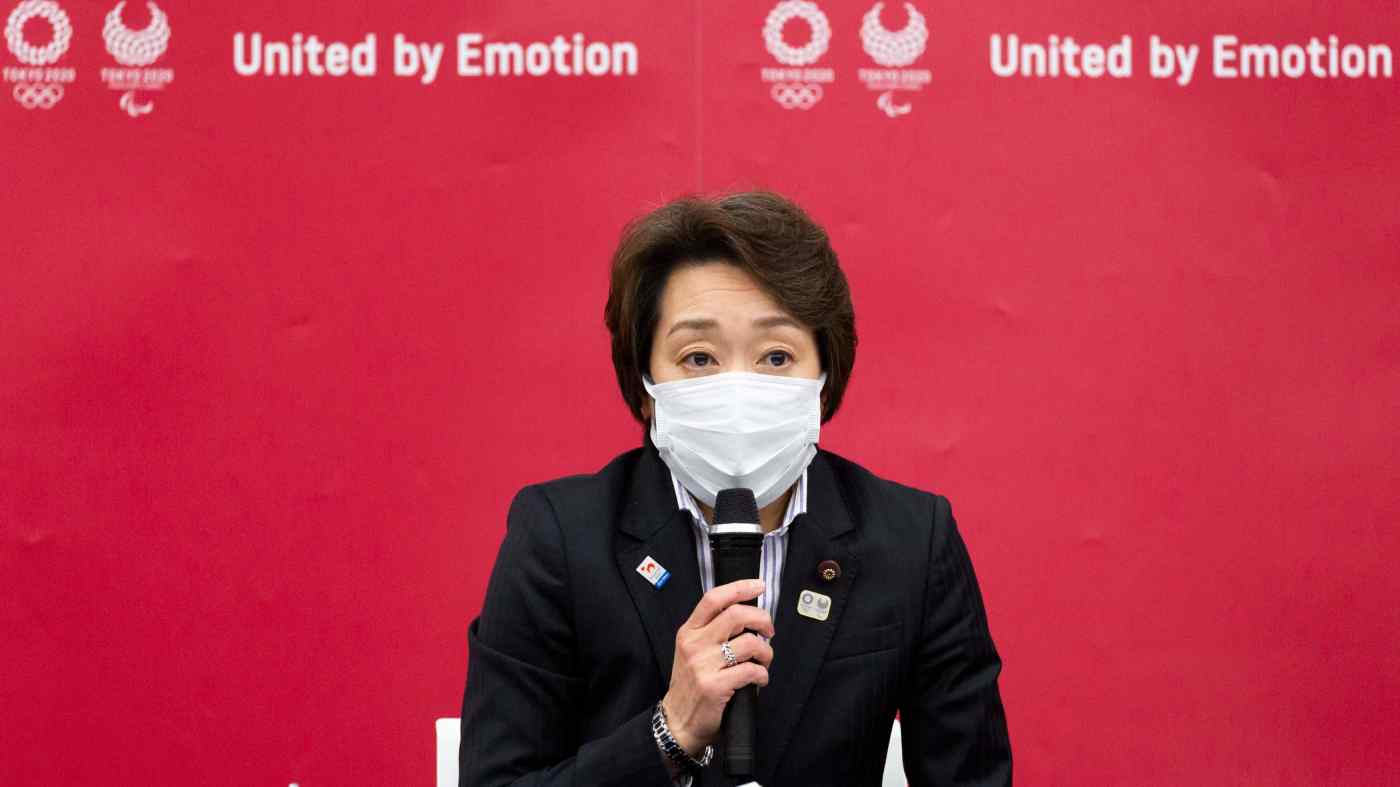 TOKYO -- The Tokyo 2020 executive board has appointed Seiko Hashimoto, 56, as president of the beleaguered Olympic organizing committee, succeeding Yoshiro Mori after his resignation over sexism.

Hashimoto, a seven-time Olympian, on Thursday said she made the "serious decision" to accept the role as a way of repaying the Japan Olympic Committee and International Olympic Committee for their support during her competitive days.

Hashimoto takes the helm only five months before the postponed Summer Games are due to begin. Her appointment was confirmed at a board meeting on Thursday afternoon, after she was chosen by a selection committee and named a board member.

Until now she had been serving as Prime Minister Yoshihide Suga's Olympics minister, as one of only two women in his cabinet. She said she met with Suga on Thursday to submit her resignation -- an expected move, since Japan's ministerial code prohibits ministers from taking concurrent positions in public organizations except for unpaid honorary roles. 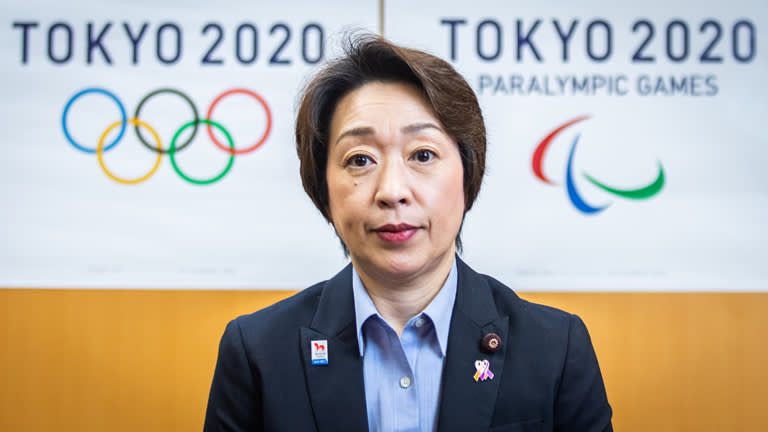 Seiko Hashimoto, a speed skater and track cyclist, has changed jobs from Olympics minister to president of the Tokyo 2020 organizing committee. (File photo by Yuki Kohara)

In the days leading to her selection, Hashimoto's own brush with sexual harassment allegations resurfaced. While representing the Japanese Olympic Committee at the 2014 Sochi Winter Games, she was photographed kissing 28-year-old figure skater Daisuke Takahashi at a party. This sparked a brief media frenzy, though Takahashi's own representatives said the athlete did not consider the incident harassment.

Suga the same day decided to appoint Tamayo Marukawa, another female member of parliament, to take over Hashimoto's duties as Olympics minister.

Asked about the gender discrimination exposed by her predecessor Mori's comments, Hashimoto told reporters after her appointment, "I'm determined that gender equality be demonstrated to the world through the Tokyo Games."

Hashimoto on Thursday expressed remorse for the incident. "I am deeply regretful about the action I took seven years ago," she said. "I'm trying to face what I have done and how it has affected my position as president."

Her predecessor Mori, an 83-year-old former prime minister, resigned last week after sexist comments he made during a meeting of the Japan Olympic Committee were roundly criticized. Meetings with women "take so much time," he said, amid the committee's efforts to raise the ratio of female directors to 40% from 20%. Currently, there are five women on the 25-member board.

The controversy was the latest setback for an event that has grown progressively unpopular with a majority of the Japanese public, as the country grapples with COVID-19.

Upon Mori's resignation, the position was offered to Saburo Kawabuchi, 84, a former Japan Football Association president and soccer player. Kawabuchi declined, setting off a largely behind-closed-doors search for other candidates, many of whom apparently also chose to bow out.

Hashimoto was reported on Wednesday to be the last candidate standing.

While the Tokyo 2020 president is mostly a figurehead, Hashimoto's appointment signals that the men's club of Olympic decision-makers in Tokyo have learned from the backlash over Mori's comments.

Hashimoto represented Japan in both Winter and Summer Olympics, competing as a speed skater and track cyclist. She won a bronze medal for speed skating at the Albertville Games in 1992, and continued to compete even after winning a seat in parliament in 1995.