Games could be held even under a COVID state of emergency, official says 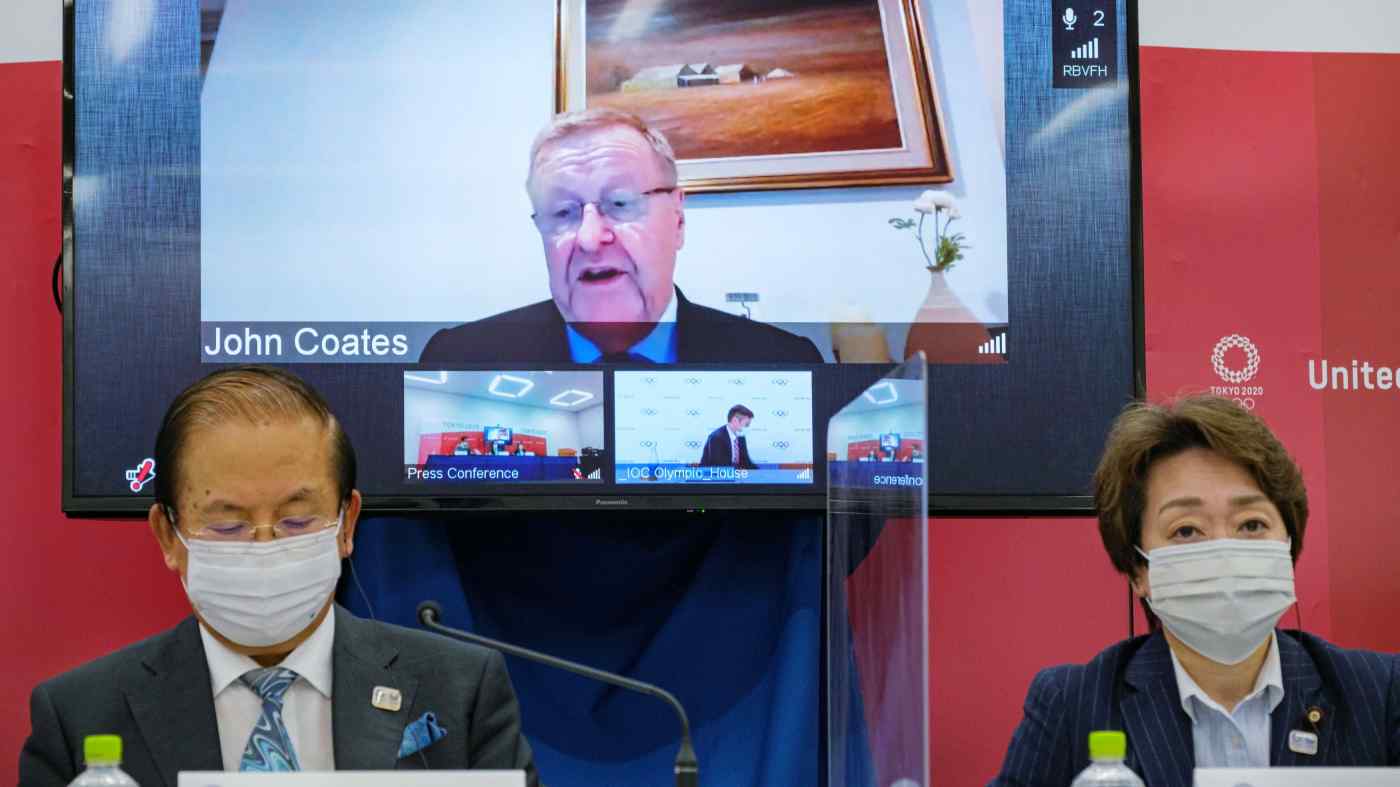 TOKYO -- With 63 days to go until the postponed Tokyo 2020 Olympics begin and mounting pressure from the Japanese public and medical establishment, organizers have laid out specific plans for the pandemic games after their final coordination meeting with the International Olympic Committee.

Among several numbers revealed by organizers on Friday were the cap on foreign arrivals, the percentage of athletes who will be vaccinated in time for the games, and the number of medical staff and hospitals on standby for the Olympics.

"We need to build a medical regime in Tokyo so it doesn't jeopardize the medical staff working on COVID-19 in Japan," said Tokyo 2020 President Seiko Hashimoto. "We have a clear prospect of [securing] about 80% of the total number of personnel we need."

The games would require support from 230 doctors and 310 nurses, Hashimoto said. Private testing centers will handle up to 60,000 COVID tests a day for athletes and officials.

Japan's Olympics received a vote of confidence on Friday from France, whose sports minister Roxana Maracineanu said President Emmanuel Macron would attend the opening ceremony in Tokyo on July 23. This would make Macron the first major world leader to commit to going to the opening ceremony. A pedestrian logos of Tokyo 2020 Olympic and Paralympic Games in Tokyo.   © Reuters

Organizers appear to have had no trouble securing beds for potentially injured athletes at hospitals in and around the Tokyo metropolitan area, despite the governor of neighboring Ibaraki prefecture declining to cooperate in order to prioritize local cases of COVID-19.

"We have an informal agreement with nine hospitals within Tokyo and we are coordinating with 20 hospitals outside Tokyo," Hashimoto said.

Public opposition to holding the Olympics this summer has grown in Japan. An Asahi poll this week found that 40% of respondents believe the games should be postponed again, with 43% calling for them to be cancelled. Respondents cited concerns about the Olympics adding strain on the local health infrastructure and diverting vaccine and testing resources to athletes. Japan's spring spike in infections reached a high of 7,500 last week, and has hovered under 6,000 in recent days.

Arrangements are being made for the IOC, national committees and sports federations to bring medical staff into Japan, IOC President Thomas Bach said on Wednesday at the start of the two-day coordination meeting. On Friday, Hashimoto called on retired nurses to come forward and volunteer for the games.

While Hashimoto said organizers had not decided whether local fans will be allowed into the games, organizers have also reduced the number of visiting personnel down to 59,000 for the Olympics and 19,000 for the Paralympics. Originally, the total estimate was for 180,000 people.

All will be expected to strictly abide by COVID-19 playbooks released by Tokyo 2020, including a detailed activity plan and written pledge submitted to officials upon arrival in Japan. "If a flagrant infraction is made, accreditation may be taken away," Hashimoto said.

Organizers expect 80% of athletes to be vaccinated by the time of the games. IOC Vice President John Coates said Australia's National Olympic Committee would vaccinate media and broadcasters bound for Tokyo, and that taking responsibility for inoculating non-athletic personnel was "very much in the hands of NOCs."

Countries that are unable to vaccinate their athletes, meanwhile, could count on doses being donated by Pfizer and BioNTech to the IOC, Coates said.

Japan's inoculation drive lags behind those of other developed countries, with only 2% of the population fully vaccinated after the jab rollout began in February. From Monday, the first round of inoculation will start for those who are 65 years or older. Prime Minister Yoshihide Suga set a goal of distributing 1 million shots a day and having vaccinated Japan's elderly population by the end of July. The current daily vaccination rate stands at 10,000.

Coates said that the games could still be held even if Tokyo was placed under another state of emergency, as several test events were held "successfully" this month, even as the capital remains in lockdown through May 31.

"It's testing, testing, testing. That was what was so successful during the test events we've had here," Coates said, adding that the high rate of athlete vaccinations was a bonus. Athletes will have to show two negative tests upon departure for Japan and submit to another test upon arrival. They will then be tested daily during a 14-day quarantine period.

Coates suggested there was a correlation between the high rate of disapproval in Japan for the Olympics and the country's low rate of vaccination.

"I imagine as the number of vaccinations increases, public opinion will improve," he said.