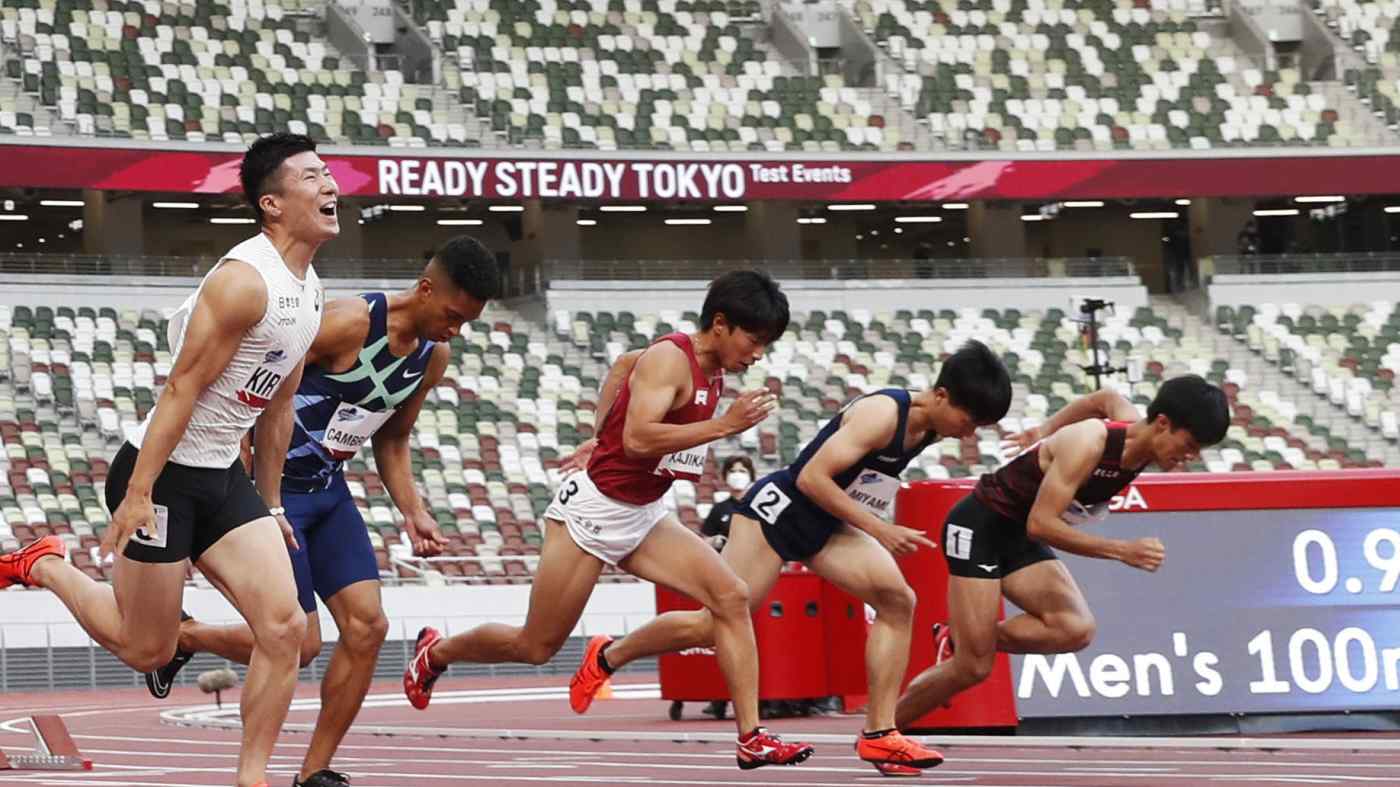 TOKYO -- Japanese Prime Minister Yoshihide Suga says it will be possible to hold the Tokyo Olympics in July, despite extending emergency restrictions on Tokyo and three other prefectures till the end of May.

As critical cases in the nation rise over 1,000 and the capital remains in limbo for three more weeks, opposition lawmakers are calling for the Games to be canceled -- in line with 59% of respondents to a Yomiuri newspaper poll published Monday.

But Suga and Olympic organizers insist that the Olympics will be "safe and secure."

That is, as long as playbooks spelling out COVID countermeasures from pre-arrival, entry to Japan, games time, and departure are followed by athletes, sports officials, media, and sponsors.

Here's how the playbooks have gamed out major scenarios:

(1) Vaccines are not required for participation

Early on, International Olympic Committee President Thomas Bach said competing in the games will not be contingent on vaccinations, a line that Tokyo organizers and the Japanese government have since echoed.

Several countries such as Australia and Iran have prioritized inoculations for their Olympians, and around 60% of Paralympic athletes have already been vaccinated, according to the International Paralympic Committee. For the rest, the IOC has struck a deal for doses with U.S. drugmaker Pfizer, whose COVID vaccine is the only one approved for use in Japan.

Scientists, however, are still studying whether a vaccinated person can spread the virus to the non-vaccinated, according to the U.S. Centers for Disease Control and Prevention. Only about 2.5% of Japan's population has been vaccinated, and Suga's target of administering 1 million doses per day will cover only Japan's elderly by the end of July.

When organizers unveiled the updated playbooks last month, Bach pointed to the Masters golf tournament in April, which resulted in zero linked infections. Organizers have also pointed to the Australian Open, for which 500 tennis players and staff quarantined for two weeks in a Melbourne hotel, allowing for some local spectators.

The tennis tournament, however, was held in February, after Australia curbed COVID to fewer than 10 infections daily. The Masters Tournament was an even smaller event, with 88 competitors playing a sport that is inherently socially distanced.

More than 11,000 Olympians and Paralympians will arrive in Tokyo for the summer games. Adding visitors such as officials, support staff, media and sponsors, the number of arrivals will exceed 60,000.

(3) Visitors will be sequestered and banned from public transport

Each foreign arrival will be required to submit an activity plan and a written pledge upon entry to Japan, detailing accommodations and "all planned and possible destinations." Destinations may include only competition venues and training facilities. To travel within Japan, only official and private vehicles may be used.

These restrictions seem feasible given the Olympic Village's location in Harumi, a human-made island in Tokyo Bay. But competition venues are spread out across Tokyo, with the sailing competition in neighboring Kanagawa prefecture and the marathon on the northern island of Hokkaido. The wealthier national teams will also have outside training facilities, such as Team USA's camp in Setagaya Ward, a half-hour drive from Harumi.

For international media, the public transport restriction will last for only their first 14 days in Japan, allowing for travel to remote games venues. No such quarantine requirements or public transport bans are in place for local media.

Repercussions for noncompliance with the playbook may include revocation of games participation, Olympic credentials or permits of stay in Japan.

(4) Medical insurance for athletes and officials, including daily PCR tests, will be covered

Visitors are required to show two negative tests to enter Japan, then submit to another PCR test upon arrival. Athletes will be tested daily, while the regularity of testing for games officials will depend on exposure to athletes. Testing and medical costs will be shouldered by the Tokyo organizing committee.

Organizers have called for 10,000 doctors and nurses to volunteer for the Olympics, angering medical unions. Olympic teams such as the U.S., Canada and Australia will be traveling with their own medical staff, an expense that not all countries can bear.