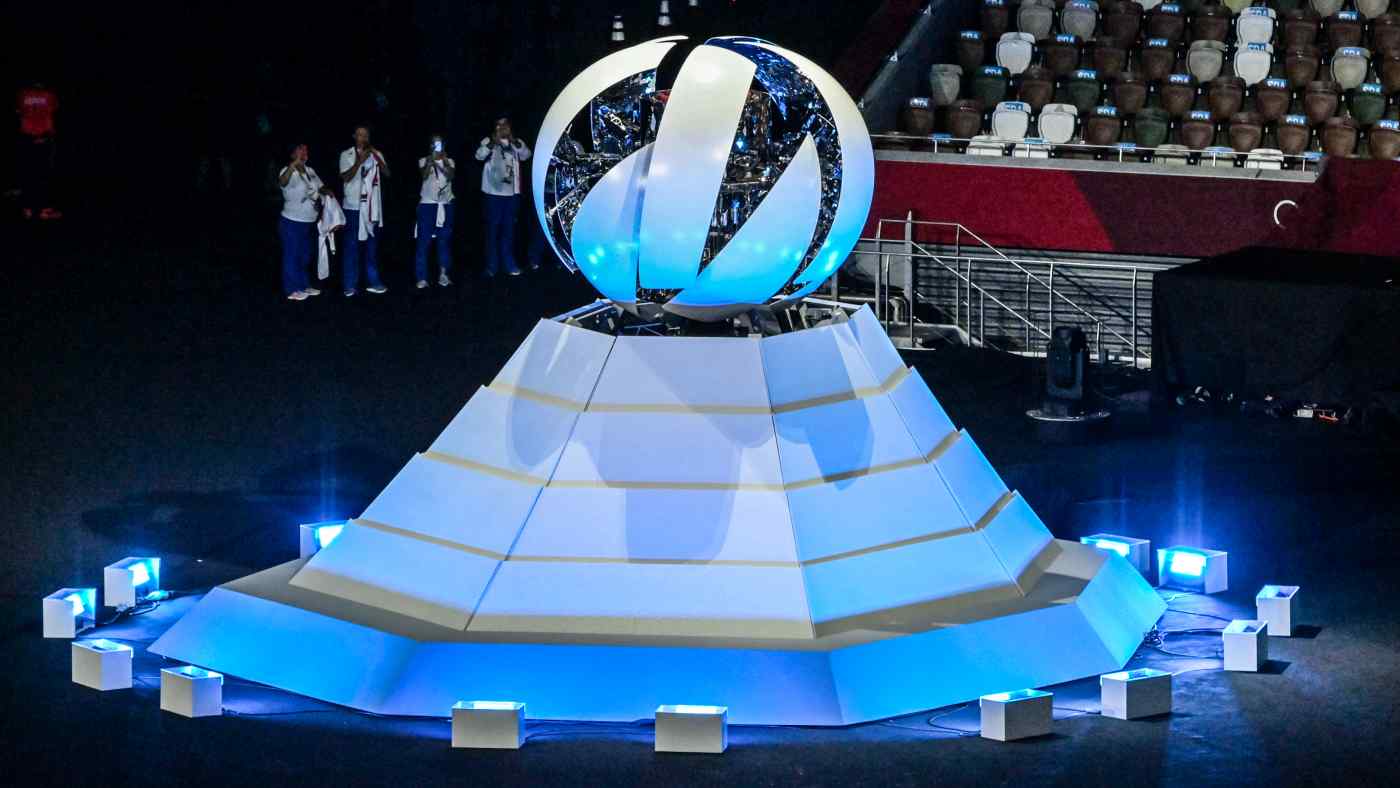 With the Paralympics still to come, over 4,500 athletes and team officials marched into the National Stadium as one group, behind the flags of the 206 national Olympic committees and to the tune of the Olympic March written by Yuji Koseki for the 1964 Tokyo Games.