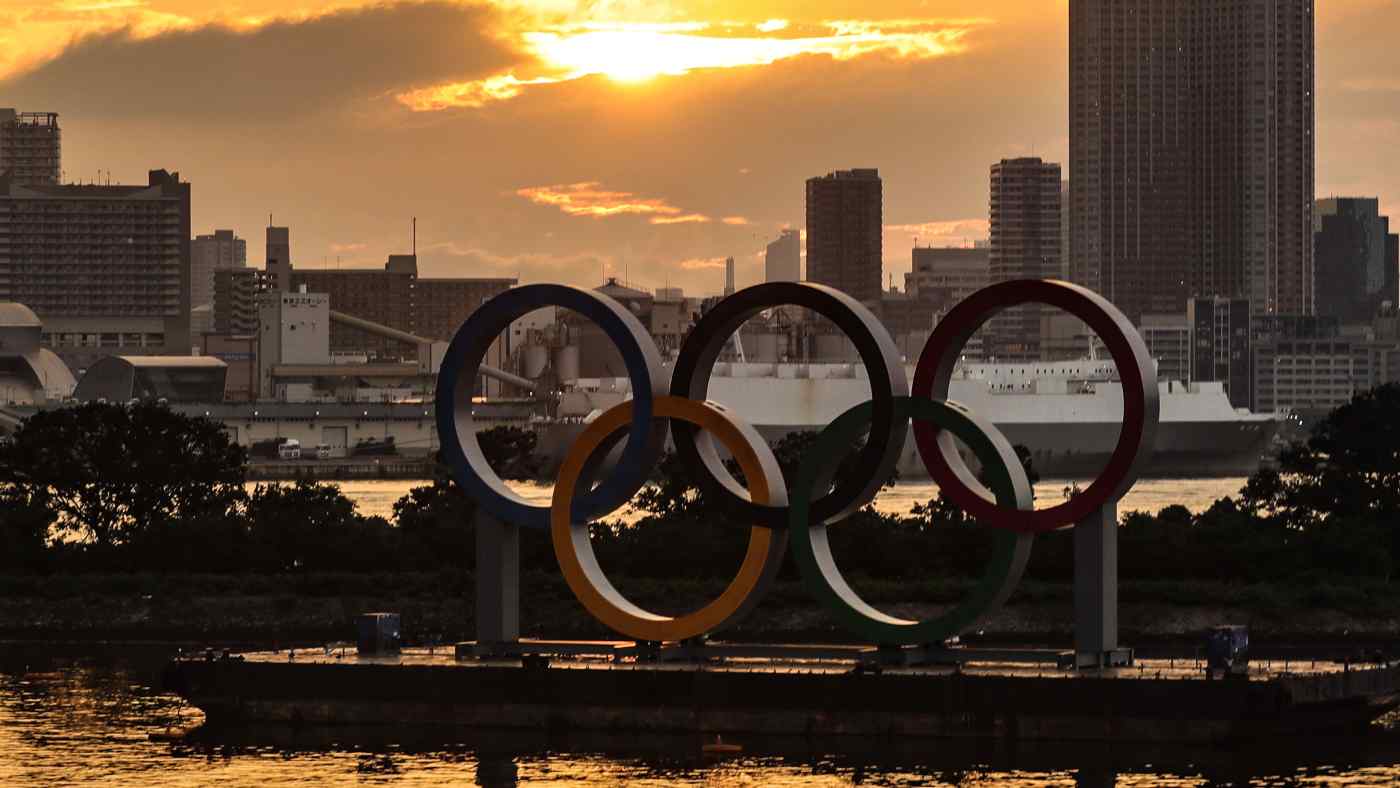 Uncertainties remain over the Olympic and Paralympic Games in Tokyo next year as budget shortfalls may emerge depending on the course of the coronavirus pandemic and potential fluctuations in spectator revenue. (Photo by Ken Kobayashi)
RURIKA IMAHASHI and FRANCESCA REGALADO December 22, 2020 17:46 JST | Japan
CopyCopied

TOKYO -- Tokyo organizers of the Olympic and Paralympic Games said on Tuesday that they have confirmed a total of 1.64 trillion yen ($15.9 billion) in expenses required to host the postponed Games next year in their latest budget. But uncertainties remain as further spending may be needed depending on the course of the coronavirus pandemic and potential fluctuations in spectator revenue.

While it is now clear who bears the additional costs, the situation is still unclear as dark clouds hanging over the international movement of people. Japan is in the middle of a fresh wave of coronavirus infections while other parts of the world are experiencing a mutation in the virus.

The latest budget includes 96 billion yen in expenses for COVID-19 countermeasures, 40 billion yen of which will be covered by the metropolitan government and 56 billion yen by the central government.

Through such spending, Japan is aiming to develop testing systems for athletes, such as installing depressurized containers as outpatient clinics in the Olympic Village, and other broader infection prevention measures.

But whether all such countermeasures can be paid for within the budget remains unclear.

Disinfecting equipment and checking temperatures as well as securing medical personnel to respond to COVID-19 cases at venues and in the village can result in huge labor costs. Business consignment expenses for conducting virus tests for athletes every 96 to 120 hours can also generate large amounts of costs.

There are also expenses not included in the budget. Authorities will have to bear costs to strengthen quarantine measures at the airport as well as countermeasures taken in cities and towns hosting pre-Games training camps.

A variety of factors potentially affecting revenues are another headache for organizers.

While they are expecting 90 billion yen in ticket sales, a total of 810,000 tickets, or 18% of the overall 4.45 million, have been subject to requests for refunds as of Dec. 3. Organizers aim to decide in the spring if they will trim the number of spectators as a COVID-19 countermeasure, though ticket sales may further decrease depending on the global infection situation.

The organizers now expect revenue of 721 billion yen from the Games, up 91 billion yen from the previous forecast. The major part of the increase is from cancellation insurance proceeds for major events, which account for 50 billion yen. Another 26 billion yen comes from additional sponsor fees, donations, sales of merchandise, and Japanese national soccer lottery tickets.

Also expected is 15 billion yen in revenue as an adjustment account borne by the metropolitan government to cover expenditures that cannot be met through additional cost reductions and revenue growth, the Tokyo organizers said.

In October, they said their efforts to simplify the Games would cut costs by 30 billion yen. But despite efforts to review service levels and streamline the torch relay and opening ceremony, additional operating costs are expected to swell due to having postponed the event from last year. Those costs, including expenses to secure venues and equipment storage fees, as well as coronavirus countermeasures are weighing heavily on organizers and government authorities.

The extra costs to host the Games would thus weigh on Japanese government finances as it already deals with the pandemic-induced economic slowdown. Any additional burden for taxpayers also risks further discouraging the public from welcoming and supporting the Games.

According to a survey conducted by Japanese public broadcaster NHK, 32% of respondents to an opinion poll said the Olympics and Paralympics should be canceled, while 27% said they should still be staged. Careful explanation regarding costs will be required to gain the public's understanding for holding the Games.