Most host venues now under state of emergency order 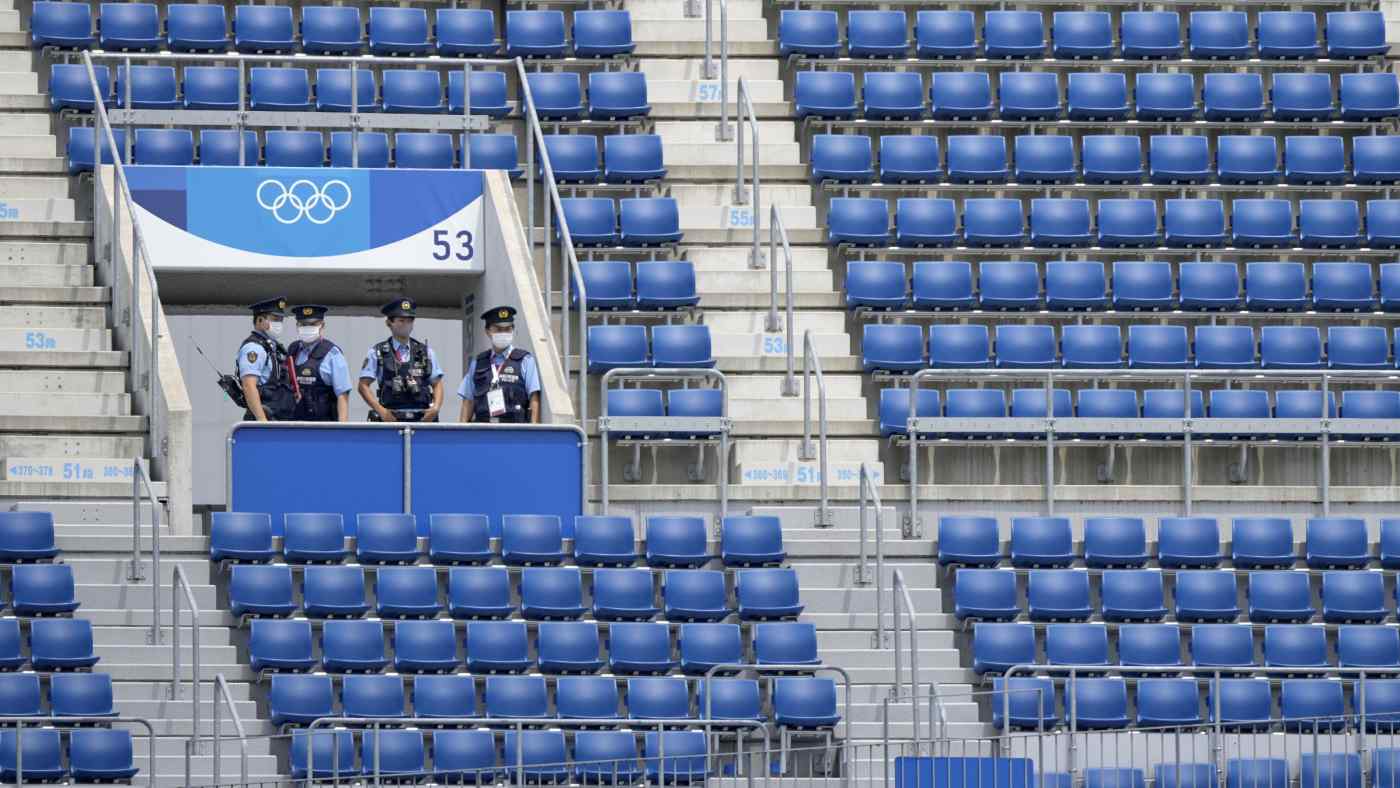 Most Tokyo Olympics events were held without spectators, a precedent that is likely to be adopted for the Paralympics.    © Kyodo
HISASHI TSUTSUI and JUNICHIRO SATO, Nikkei staff writersAugust 7, 2021 04:53 JST | Japan
CopyCopied

TOKYO -- Hopes that Paralympic athletes will compete in front of spectators are fading as the greater Tokyo area, now under a state of emergency, continues to report high coronavirus infections.

A decision on whether to ban crowds at the Paralympics will be made at least one week prior to the Aug. 24 opening. The ongoing Olympic Games -- which have been played at mostly empty stadiums and arenas -- end Sunday.

This decision will be based on various factors including infection numbers, Prime Minister Yoshihide Suga told reporters Friday in Hiroshima, as the city marked the 76th anniversary of the atomic bombing during World War II.

"We will make a decision based on such factors as the rules for sporting events under a state of emergency and the case count," Suga said.

Some Paralympic athletes with underlying medical conditions are at greater risk of developing serious illness if infected with the highly contagious virus. Running the Games will require even stricter precautions than the Olympics, including measures to disinfect support equipment and prevent coronavirus cases among care assistants.

The Paralympics will take place at 21 venues across Tokyo, neighboring Saitama and Chiba, as well as outlying Shizuoka Prefecture. When the Olympics kicked off July 23, Tokyo was the only host prefecture under a coronavirus state of emergency. New infections have been rising since, driven by the super-infectious delta variant, and a state of emergency has been declared for Saitama and Chiba as well. Shizuoka will be subject to increased restrictions starting Sunday.

All these measures are scheduled to expire Aug. 31, while the Paralympics will run through Sept. 5.

Some officials were hoping the ban on fans would apply just for the Olympics.

"Depending on how things are, we'd like to have spectators at the Paralympics," Olympic and Paralympic minister Tamayo Marukawa said previously. But that scenario looks "difficult" now that more prefectures are under a state of emergency, said an official at the organizing committee.

"The urgent issue right now is to curb the ongoing surge in cases," a Tokyo government official said.

Roughly 770,000 general tickets for Paralympic events have been sold, portending heavy pedestrian traffic, the official said. "The argument for having spectators won't win the public's understanding," he said.

Around 4,400 athletes from more than 180 nations and regions are expected to converge on Japan for the Paralympics. They will be tested daily for the coronavirus and remain under strict constraints, such as traveling only between their accommodations and competition venues.

About 570,000 coronavirus tests were performed on Olympic athletes, staff and other parties through Wednesday, with a positivity rate of 0.02%. Infection prevention measures at the Games have been more effective than expected, IOC President Thomas Bach told reporters Friday.

Overall, 387 people at the Tokyo Games tested positive through Friday, with some teams seeing virus clusters. More than half of the infections involve external contractors at the Olympic Village. The Paralympics will have about 110,000 people with credentials, including volunteers and 70,000 contractors.