Official says Games will be held under 'very difficult circumstances' 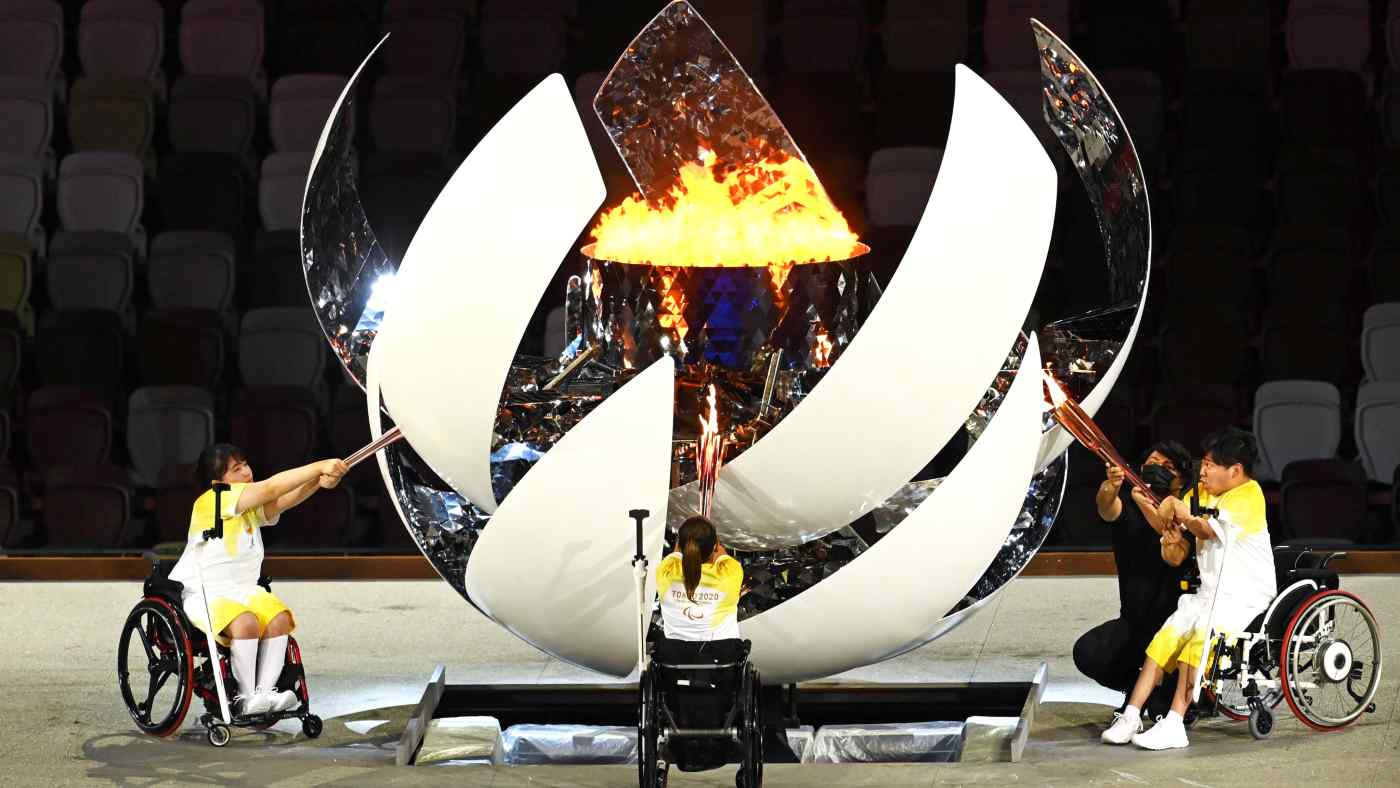 TOKYO -- The Tokyo Paralympic Games kicked off on Tuesday evening under "very difficult circumstances" as the Japanese capital struggles with a record surge in COVID-19 cases.

As with the Olympics, the opening ceremony was held in a virtually empty National Stadium. Tokyo 2020 President Seiko Hashimoto and International Paralympic Committee chief Andrew Parsons delivered speeches highlighting what these Games are meant to represent.

"Para-athletes testify to our infinite potential as human beings, and to our power to go beyond our limits," Hashimoto said, vowing to make the Paralympics "an inspiration for true social change."

Parsons said that "every four years is not enough" to work toward greater inclusion. "It is up to each and every one of us to play our part every day to make for a more inclusive society."

The ceremony featured fireworks and a performance inspired by Japanese karakuri mechanical puppetry, followed by the traditional parade of athletes. Staffers carried the flags of conflict-torn Afghanistan as well as New Zealand, which declined to participate in the ceremony due to coronavirus concerns. Later, Japanese powerlifting champion Karin Morisaki, wheelchair tennis player Yui Kamiji and boccia player Shunsuke Uchida lit the Paralympic cauldron.

Around 4,000 athletes and 12,000 officials from around the world will participate in the Paralympics, with Tokyo becoming the first city ever to host the event for a second time. No spectators, other than some children attending through school programs, will be in venues throughout the 13-day Games.

"If everyone follows the playbooks, together with the testing plan, together with the fact that 88% to 90% of the athletes and team officials will come to Tokyo vaccinated, we are convinced that we can deliver a safe Games," Parsons told reporters last week.

But the COVID and medical situation in Japan is much worse than when the Olympics began a month ago. Daily cases in the capital, based on a seven-day moving average, are around 4,700, compared to 1,800 in late July. The number of seriously ill patients in hospitals is more than 270, a record high. Hospitals have more than 4,000 COVID patients overall, and around 25,000 people are sick but able to stay home.

Prime Minister Yoshihide Suga last week extended until Sept. 12 the state of emergency for Tokyo and other prefectures.

"The COVID situation is worse than that of the Olympics, and the local medical system is now being overwhelmed," Games delivery officer Hidemasa Nakamura said. "The Paralympics will be held under very difficult circumstances." The flag of Afghanistan is carried into Tokyo's National Stadium during the Paralympics opening ceremony.   © Reuters

The overwhelmed medical system is a serious concern. Recently, a woman in her 40s died at home from COVID; her husband and child were also sick. Other reports have emerged of patients dying at home. A bed shortage means that ambulance workers are struggling to find hospitals that will accept COVID patients.

Before the Olympics, organizers asked several hospitals to secure beds for infected and injured athletes, but only a few Games-related personnel were hospitalized. Tokyo 2020 is now consulting with hospitals over accepting cases of infected or injured athletes or staffers requiring hospitalization.

Depending on an individual's health conditions, Paralympians may need special care and be more likely to suffer severely from COVID.

Organizers say it is essential to follow the "playbook." During the Olympics, some rule-breakers had their accreditation revoked. On Friday, a Georgian Paralympic judoka lost his accreditation for assaulting a security guard after drinking.

"We will tell athletes and officials that hospitals are being overwhelmed as COVID cases are rising in Japan. We need them to follow the rules," warned Nakamura. 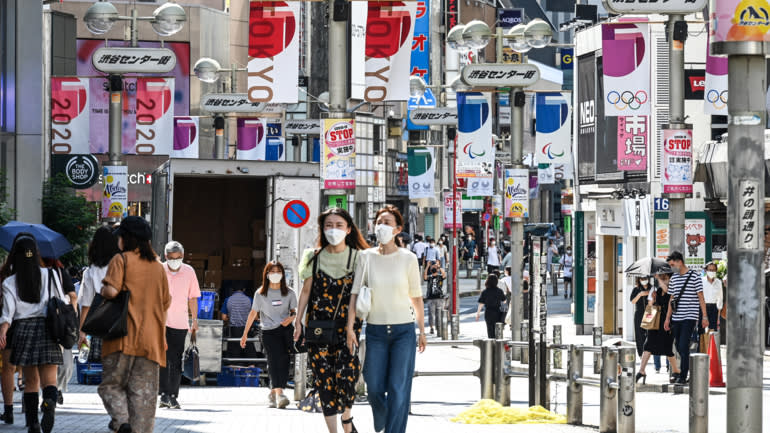 People walk through the Shibuya district of Tokyo on July 16. (Photo by Kosuke Imamura)

Nobuhiko Okabe at the Kawasaki Institute of Public Health said the real issue is preventing athletes from being infected by local residents.

During the Olympics, there were more infections among local volunteers, contractors and other domestic staffers than foreign athletes. Around 60,000 people who reside in Japan are expected to work during the Paralympics.

"Additional measures such as more COVID tests among local staffers will be necessary to prevent local residents from infecting those who are inside the 'bubble,'" said Okabe, who has advised Olympic organizers on their COVID-19 measures.

On Sunday, Tokyo organizers said they would ask domestic contractors and volunteers who enter the athletes village to conduct daily PCR tests. The previous rule was every four days. Athletes and officials from overseas will be asked to stay in a bubble even after 14 days, and refrain from using public transportation.

But despite the concerns, the IPC's Parsons insisted last week that now is the time to hold Paralympics -- the only major global event that puts people with disabilities in the spotlight.

"Persons with disability have been disproportionately affected by the pandemic, and societies across the world have failed to provide them with the necessary services to protect them from the pandemic," Parsons said.

While they account for 15% of the global population, Parsons said, people with disabilities have been left behind amid the pandemic.

"They need their voices to be heard the most."