Companies begin to distance themselves from unpopular event 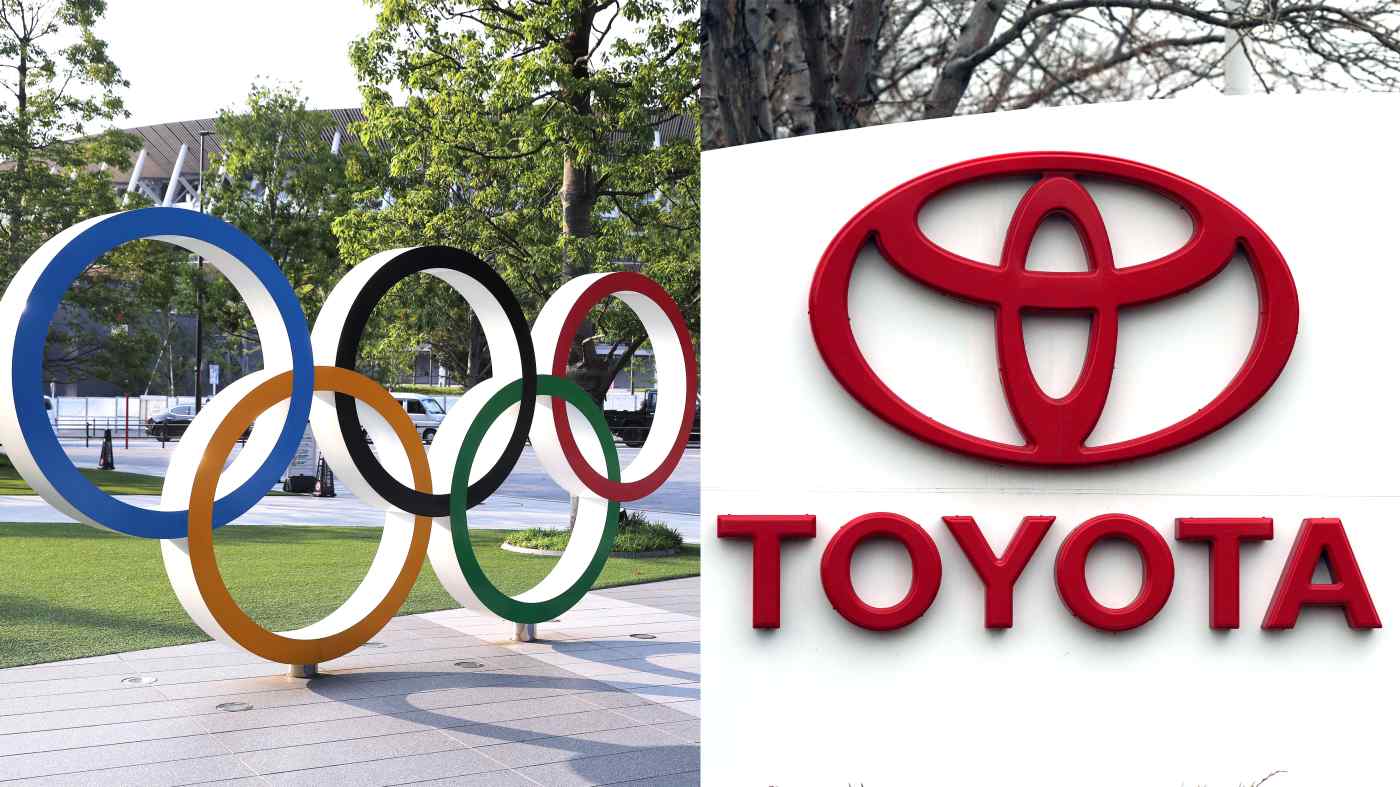 Toyota has decided against running any Olympic-related TV ads in Japan as public sentiment toward the sporting event remains mixed at best. (Source photos by Yo Inoue and AP)
Nikkei staff writersJuly 19, 2021 14:16 JSTUpdated on July 20, 2021 03:32 JST | Japan
CopyCopied

TOKYO -- Toyota Motor said Monday that it will not air any Olympic-related TV advertisements going forward, despite the automaker being a top-tier sponsor.

President Akio Toyoda will not attend the opening ceremony, the company also said.

The decision signaled that the automaker is distancing itself from the Summer Olympics and Paralympics, which are set to kick off Friday but are facing lukewarm public sentiment for being held amid a surge in coronavirus cases in Tokyo.

The fear that participation in the unpopular Games could hurt, rather than boost, their public image is beginning to be shared by other corporate sponsors. Food company Ajinomoto said last month that it will not be running Olympic-related commercials in the month of July.

"As for our commercials in August, we will make our decision by the end of July," an Ajinomoto representative said.

Various Toyota executives had expressed frustration over the slow decision-making process of the International Olympic Committee and other organizers over spectator bans, and the lack of communication with the major sponsors.

"Too often we learn information from the news," one executive vented to aides. "What's the role of sponsors?"

President Toyoda's decision to skip the opening ceremony is thought to be a reflection of such displeasure.

Toyota signed a 10-year-deal in 2015 with the IOC to be a top sponsor. The automaker originally planned to maximize this public relations opportunity, but "this time the corporate image could suffer," a Toyota insider said.

The Toyota group had planned to run TV ads featuring the Olympic athletes whom the group sponsors.

Masa Takaya, spokesperson for the Tokyo 2020 Organizing Committee, said it is up to each sponsor to determine its own advertising strategy, but acknowledged the "mixed" public mood toward the Games.

"Of course ... there is mixed public sentiment towards the Games," he added. "There must be a decision by each company in terms of how they should be able to convey their messages to the public from its corporate perspective."

Toyota will still provide 3,340 vehicles, including electric and fuel cell autos, for transporting athletes and staff members, almost the same number as originally planned. It will also provide robots for use at various venues. The company also will still promote the athletes it sponsors on its website. The automaker voiced concerns over public response to the Olympics as early as May, when Japanese athletes were facing calls on social media to speak out against the event.

"As a sponsor, we are pained that some people's anxiety is directed at athletes," Jun Nagata, Toyota's chief communication officer, said on May 12 at the company's earnings briefing. "We sincerely would like all athletes and people to be able to welcome the Tokyo Games without concern."

Other Olympic sponsors from Japan are also struggling with how to respond.

Technology group NEC is already airing commercials celebrating athletes. As for other ads, "we will make decisions day by day based on the coronavirus conditions, and not on public opinion," said a representative for NEC.

Many  executives are withdrawing from attendance at official events. Nippon Telegraph & Telephone and staffing group Recruit Holdings said they will not attend due to the ban on spectators.

"Around April, we received an inquiry from the organizing committee about our executives attending the opening and closing ceremonies, but we decided not to attend considering current affairs," said a representative at Japan Post.

"There is a risk in having someone else witness me visit an Olympic venue," one executive said.