Operator was at controls when vehicle struck visually impaired judoka 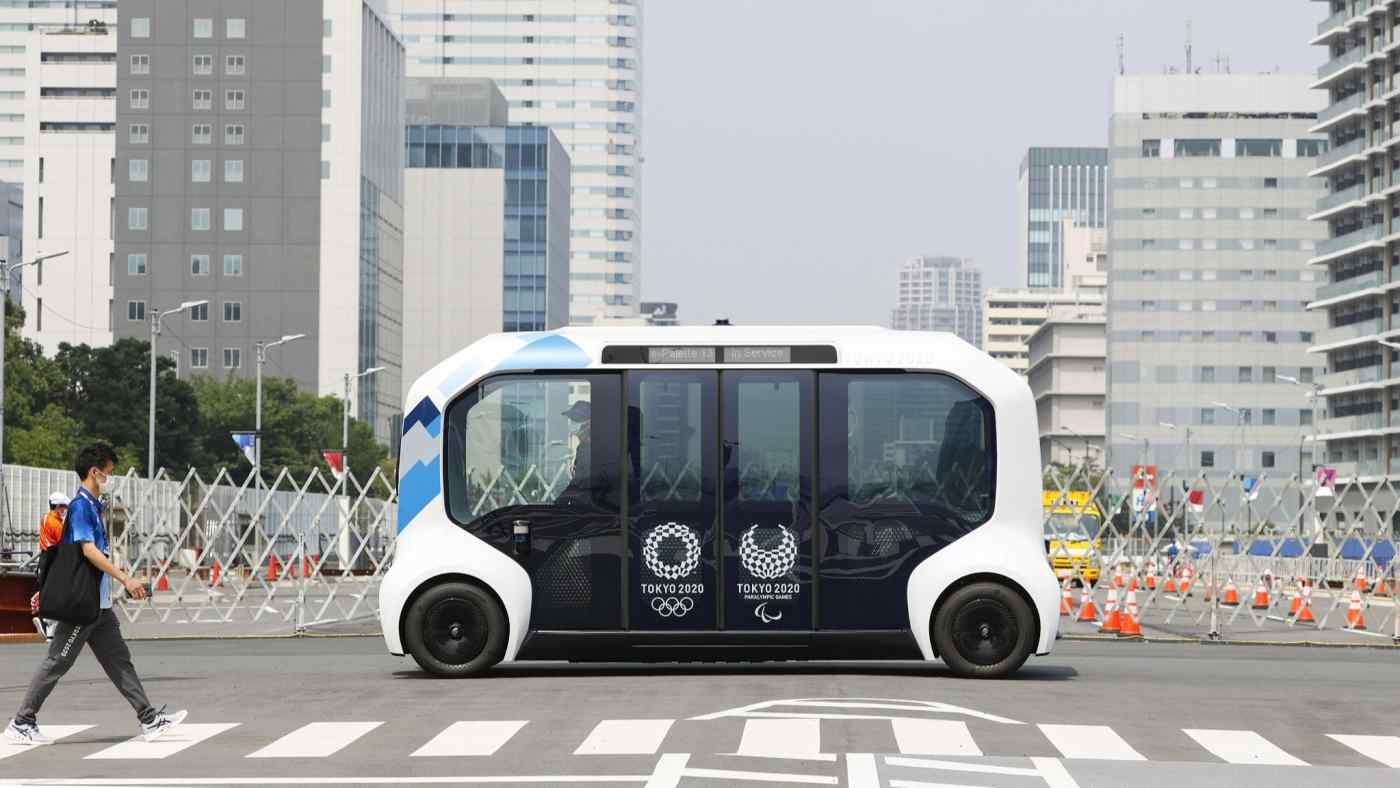 TOKYO (Kyodo) -- A visually impaired Paralympian has been left with injuries that will take about two weeks to heal after being hit by a Toyota Motor autonomous bus running in the athletes' village, police said Friday.

The Paralympian, Japanese judoka Aramitsu Kitazono, competing in the men's 81-kilogram division, will miss his match scheduled for Saturday, his coach said.

The bus was turning right at an intersection in the village in Tokyo when it hit the 30-year-old who was walking on a pedestrian crossing around 2 p.m. on Thursday, police said.

Developed by Toyota Motor, e-Palette autonomous electric buses were running in the village around the clock. Just before the incident, the bus stopped after its sensor detected a security guard who was close to the intersection, according to police.

"We are very sorry that the accident has made many people worried," Toyota President Akio Toyoda told an internet program run by the automaker.

Toyoda said the collision occurred when the bus was moving at a speed of 1 to 2 kilometers per hour, trying to turn right at the T junction.

"There was some overconfidence" in autonomous driving, Toyoda said, adding he visited the junction and also checked the video footage of the incident.

The collision, which left Kitazono with bruises on his head and body, is believed to have occurred shortly after the bus moved again with the help of an operator in the vehicle, police said.

The two operators and five passengers on the bus at the time were not injured, according to police.

Kitazono, who qualified for the Paralympics for the third time, was on his way to a dining hall by himself and fell to the ground after the collision, people with knowledge of the matter said, adding he was taken to a clinic in the village.

The organizing committee of the Summer Games said the judoka has no external wounds, while his coach, Yoshiyasu Endo, said he is resting and eating without problems.

"He also wanted to take good care of himself. We feel regret, but I think he is the most disappointed," Endo said.

Athletes competing in judo at the Paralympics are classified into three classes, from B1, total blindness to B3, low vision. He competes in the B2 group.

Toyota, a top-tier sponsor of the Tokyo Olympics and Paralympics, said the use of e-Palette vehicles in the village has been suspended, and it is "fully cooperating" with police in investigating the cause of the incident.

"We will conduct our own thorough investigation into the cause of the accident, and we will continue to coordinate closely with the Tokyo Organizing Committee of the Olympic and Paralympic Games to ensure that we prevent any incidents from occurring in the future," the automaker said in a statement.

Following a one-year postponement, the Paralympics, the world's biggest sporting event for athletes with disabilities, started Tuesday in Tokyo.