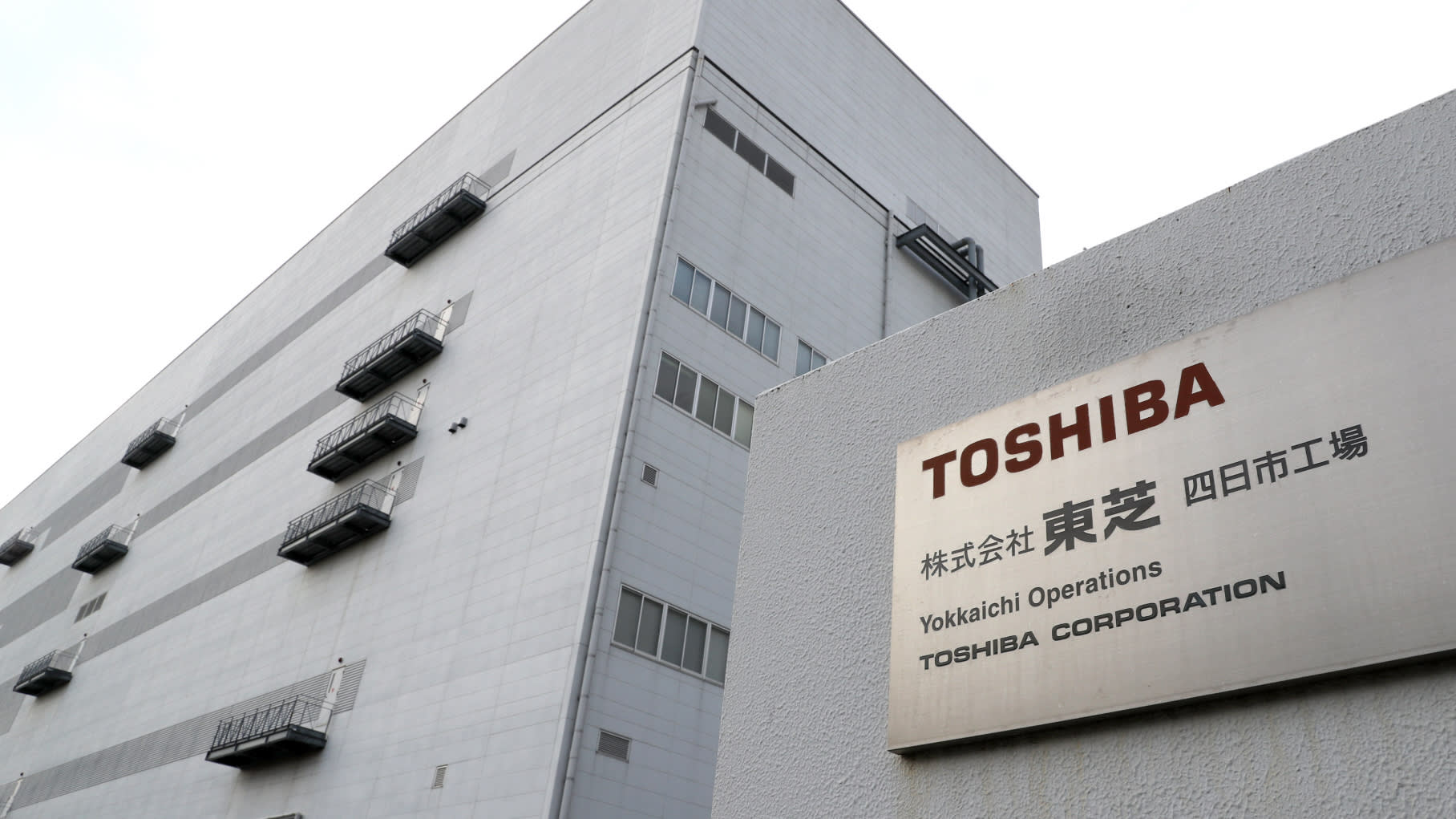 TOKYO -- As Toshiba moves toward selling off a majority interest in its semiconductor memory business, multiple parties, including U.S chipmakers Western Digital and Micron Technology and Taiwan's Hon Hai Precision Industry, are believed to be mulling investment.

Toshiba initially planned to spin off the memory business and sell less than 20% of the new company's shares to raise desperately needed cash. But at a board meeting Friday, the embattled Japanese industrial conglomerate likely will approve the sale of a more than 50% stake. Its financial woes worsened dramatically with the prospect of massive additional write-downs in its U.S. nuclear power business.

If the board does decide to cede a majority stake, the matter would be put to a vote at an extraordinary shareholders meeting in late March. Early next month, Toshiba likely will start screening potential buyers.

The company has indicated that interested parties must submit bids that value the memory operations at 2 trillion yen ($17.6 billion) or more. It is looking to complete the sale by the March fiscal year end in a dash to avoid closing the year with a negative net worth.

The Nikkei has learned that Western Digital, a chipmaking partner of Toshiba's, and rival NAND manufacturer Micron have begun internal discussions on how much of a stake to pursue and the price. South Korean chipmaker SK Hynix is also believed to be considering a bid.

Since Toshiba is second only to South Korea's Samsung Electronics in the global NAND flash memory market, control of the spun-off unit would confer greater bargaining power with smartphone manufacturers, data center operators and other volume users. Potential buyers may make joint bids to improve their chances.

Hon Hai, the world's biggest electronics manufacturing service that is also known as Foxconn Technology Group, appears to be considering jumping into the fray. If the Taiwanese company, which acquired Japan's Sharp last year, were to come out the winner, the memory operations would likely serve as a nice complement to its mainstay assembly business. Toshiba's high-earning crown jewel is also appealing in and of itself.