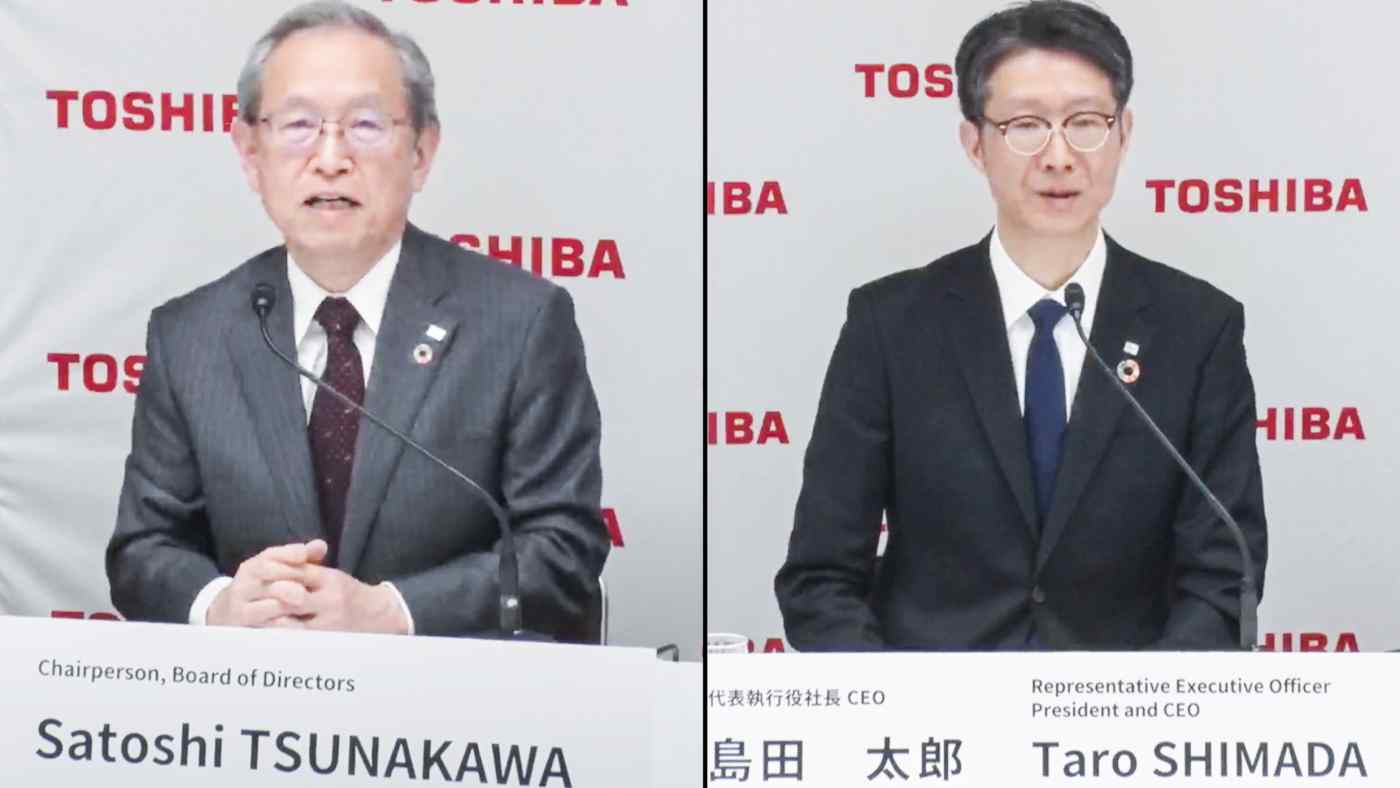 TOKYO -- Toshiba CEO Satoshi Tsunakawa has stepped down and Chief Digital Officer Taro Shimada will succeed him, the Japanese conglomerate announced on Tuesday, confirming an earlier report by Nikkei.

"I believe I am the first digital native to lead a traditional Japanese company," Shimada said in an online press conference. Shimada joined Toshiba three years ago. Previously, he was an executive at Siemens and the Japan head of a U.S. software company. Shimada started his career as an aircraft engineer and was involved in the development of military and civilian aircraft at ShinMeiwa Industries and Boeing.