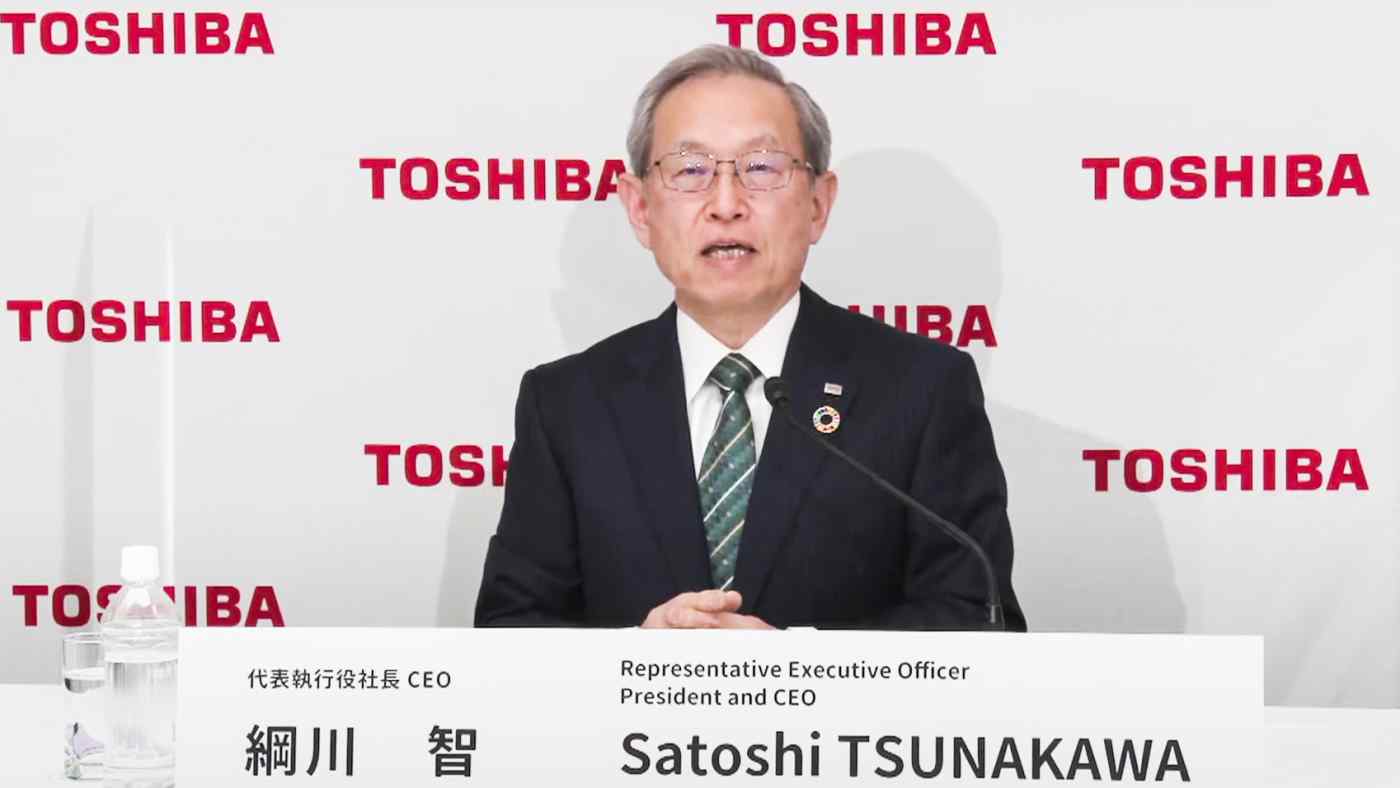 TOKYO -- Toshiba announced a new reorganization plan on Monday, splitting itself up into two public companies instead of three, as it tries to line up support from key shareholders in a bid to transform itself into a more dynamic and profitable business group.

Under the new plan, the company's semiconductor businesses that include Japan Semiconductor and Toshiba Electronic Devices & Storage will be spun off for public listing, allowing Toshiba to focus on infrastructure services such as power generation equipment, public transport systems, water supply and sewage systems. The main company will also own computer memory making subsidiary Kioxia and oversee its eventual divestiture.