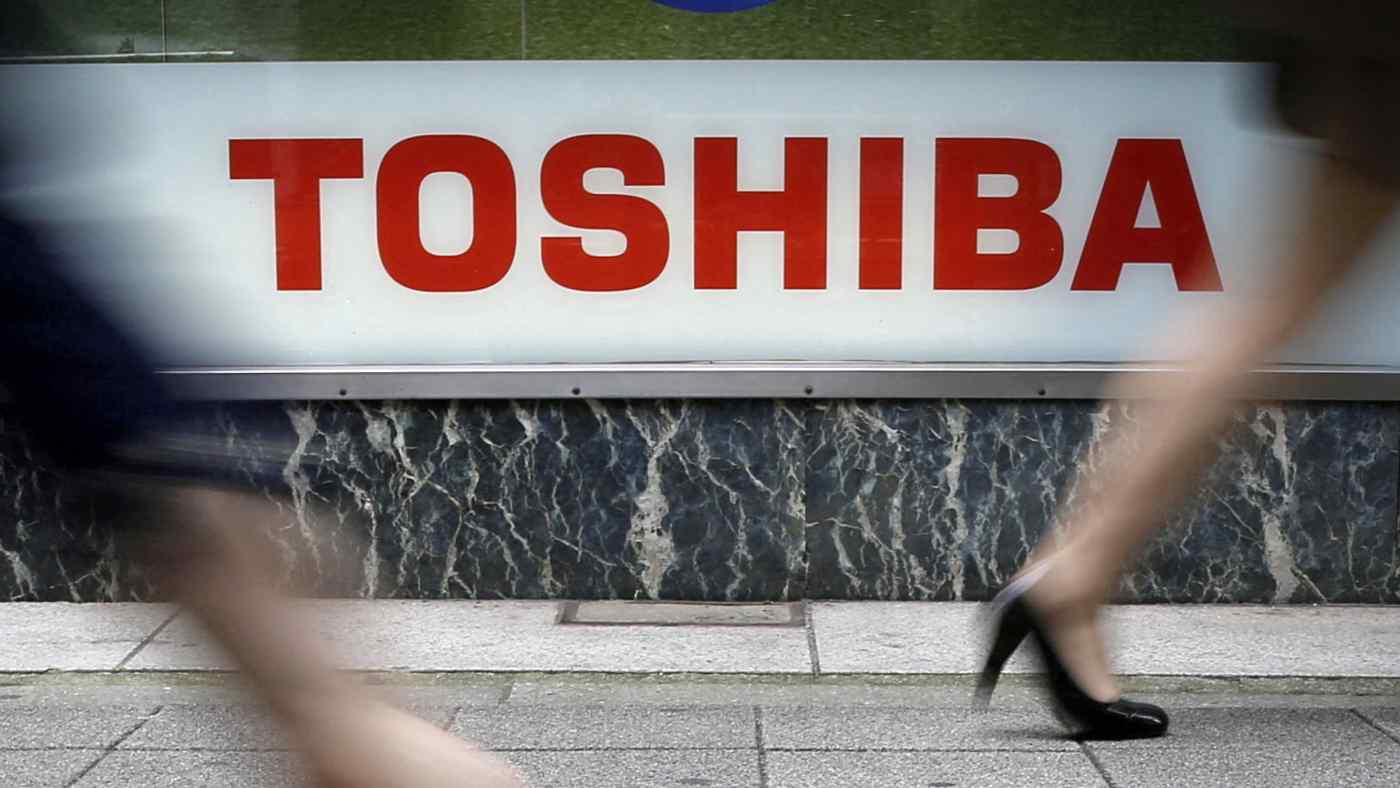 TOKYO -- Toshiba on Monday lowered its profit forecast for the year ending March, as its businesses -- which range from the production of automotive batteries to railway systems -- face rising commodity prices and shortages of semiconductors.