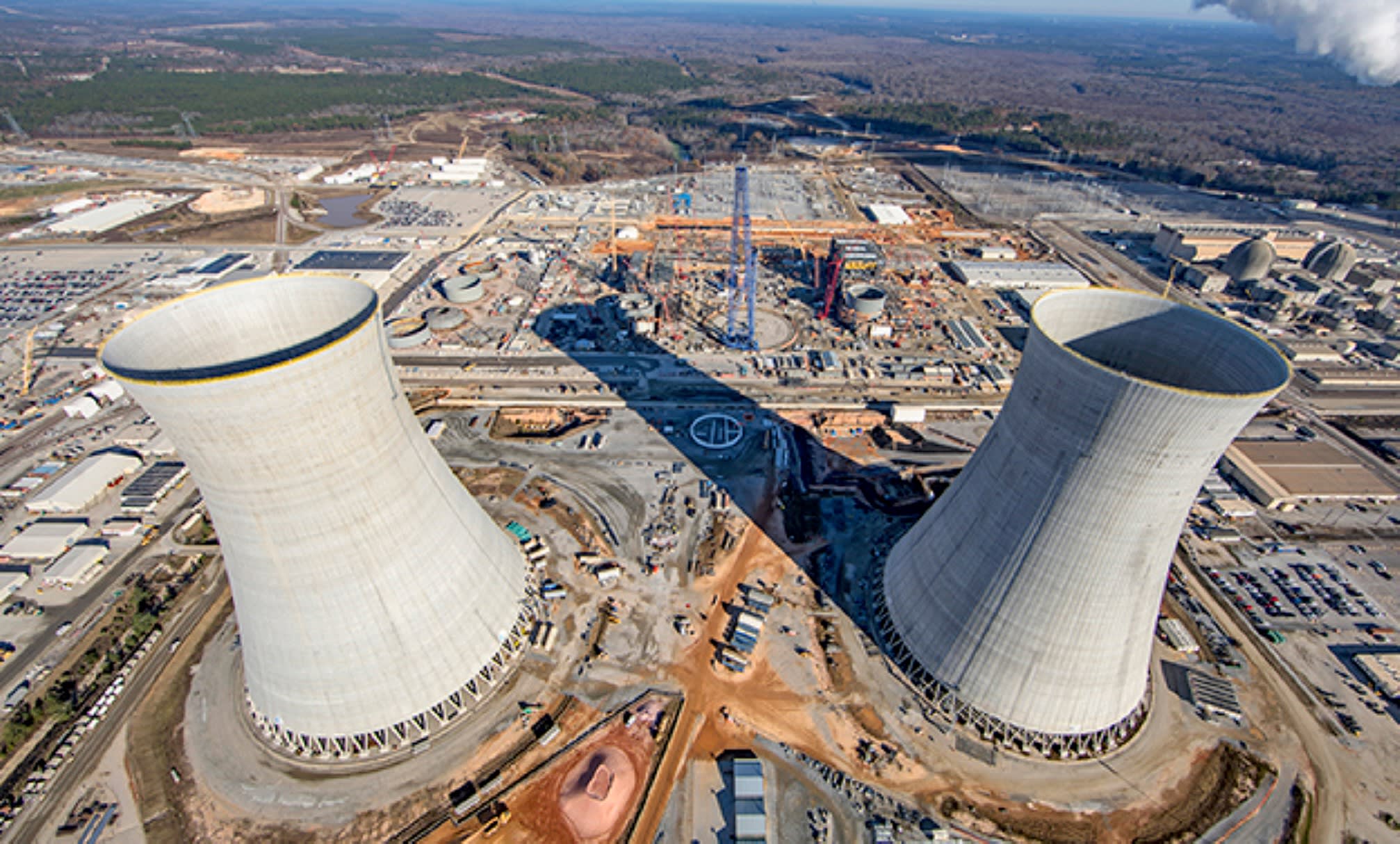 The Vogtle power plant in Georgia, where Westinghouse is supplying reactors.
Toshiba in turmoil

Westinghouse aims to see US nuclear projects through: CEO

Exit, bankruptcy filing 'not on the table' despite losses

PITTSBURGH, U.S. -- Westinghouse Electric intends to complete four nuclear reactors under construction in the U.S, its chief executive told The Nikkei, expressing confidence that the projects, which threaten to blow a hole in Japanese parent Toshiba's finances, will be finished by 2020.

Jose Emeterio Gutierrez, who also serves as interim president, said Tuesday that the American company is not considering withdrawing from the construction projects but stressed that it plans to stick to engineering and procurement in the future. Edited excerpts from the interview follow.

Q: Some have raised questions about whether units 3 and 4 at the Vogtle plant in Georgia and units 2 and 3 at the V.C. Summer plant in South Carolina will go online by 2020. Q: Scana, the parent company of V.C. Summer co-owner and operator, mentioned the possibility that Westinghouse may withdraw from the project.

A: It's not an option that we are contemplating right now.

Q: One of the factors behind the ballooning losses was the fixed-price provision in the contract that requires the contractor to bear any cost overruns.

A: That is taking us back to 2008, when the contract was signed. I was not part of those negotiations, so frankly speaking, I don't know what the requirement was from the customer at that time or what the offer of Westinghouse was. I suppose that, as usual, this is the outcome of a negotiation process. And the contract is the contract, and we have to honor the contract.

In the future, when new projects -- opportunities -- will happen, like in the U.K. or in India, the role of Toshiba-Westinghouse will be engineering and procurement, but not construction.

Q: Westinghouse is eyeing orders for six reactors in India.

Q: Westinghouse's acquisition of CB&I Stone & Webster in 2015 seems like a big mistake. Wasn't there a serious discussion on possible future costs at the time the board decided to buy the company?

A: What I can tell you is that at the time of the due diligence and evaluation, a risk analysis was done, and that risk analysis was presented to the Westinghouse board of directors and the Toshiba board of directors. And according to that risk analysis, Toshiba and Westinghouse made the decision at that time to go ahead with the acquisition. At that time, it was a good decision that at the end of the day resulted in some cost overruns.

Q: Do you believe the information you had at the time was correct?

A: Coming back to that time, we thought that it was.

Q: But was it correct?

We are still in the process of evaluating everything.

Q: Did Westinghouse's and Toshiba's bet on the much-anticipated "nuclear renaissance" fail?

A: I am a believer in nuclear energy. I think that if we want to control C02 emissions across the globe, we don't have any other option than using technologies like nuclear to be sure that we can meet the new targets that were established in Paris at COP 21. It's clear, and it was clear 10 years ago, when we talked about the renaissance.

But in my mind, two things happened. One was the economic crisis across the globe. You know that with the economic crisis, electricity demand went down in many countries -- like here in the U.S., in some European countries -- and some of the investment decisions were postponed. And that impacted, significantly, the plans for building new nuclear power plants. But also, it's true that Fukushima happened, and then some countries decided to stop nuclear programs, like Germany.

Q: The losses incurred by Westinghouse are forcing Toshiba to sell its semiconductor business and reduce workers' bonuses.

A: I cannot comment on decisions made by Toshiba.

A: That is not on the table right now.

Q: Toshiba is targeting orders for at least 45 new nuclear reactors. Is there any update on that target?

A: I don't remember exactly the numbers that Toshiba right now is using. But they prepared the global plan, including all the opportunities. And I think it's a question for Toshiba to respond to.

We have, internally, our own plan of what we believe could happen and what are the realistic opportunities, but this is more an internal plan that we share with our owner, and we prefer Toshiba to publicly discuss about what the opportunities are.

Q: How is the internal investigation into reports of management pressure on subordinates progressing? Will it affect costs assumptions?