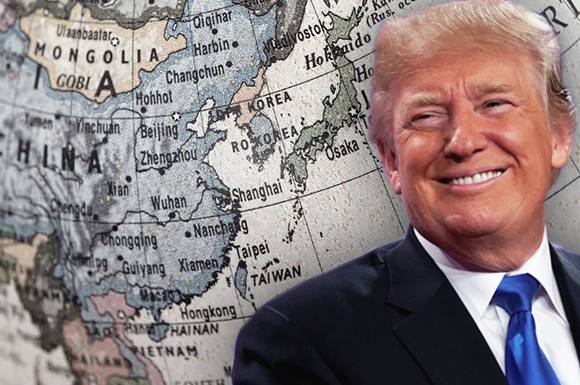 TOKYO -- U.S. President Donald Trump is on a 12-day tour of Asia -- his first official visit to the region and the longest by a sitting president so far this millennium. His discussions with Asian leaders are sure to focus on North Korea and trade, but the "Russia-gate" probe will be looming in the background.

After stopping in Hawaii, Trump visited Japan from Nov. 5-7, meeting with Prime Minister Shinzo Abe as well as families of Japanese citizens who were abducted by North Korea in the 1970s and 80s. Abe hosted the president in a round of golf, returning the favor for a round Trump hosted at his Mar-a-Lago resort in Florida.

Trump's itinerary takes him to South Korea (Nov. 7-8), China (Nov. 8-10), Vietnam (Nov. 10-12) and finally the Philippines (Nov. 12-14), where he will attend a summit with the Association of Southeast Asian Nations and the East Asian Summit.

The stop in Seoul was a full state visit, including a speech to the legislature. South Korean President Moon Jae-in invited Trump to visit Camp Humphreys, a joint U.S.-South Korean military base about 60km south of the capital.

Trump's visit to Beijing comes just after President Xi Jinping further cemented his rule at the Communist Party's twice-a-decade national congress. Trump is expected to pressure Xi to rein in North Korea by tightening restrictions on oil and coal imports and financial transactions.