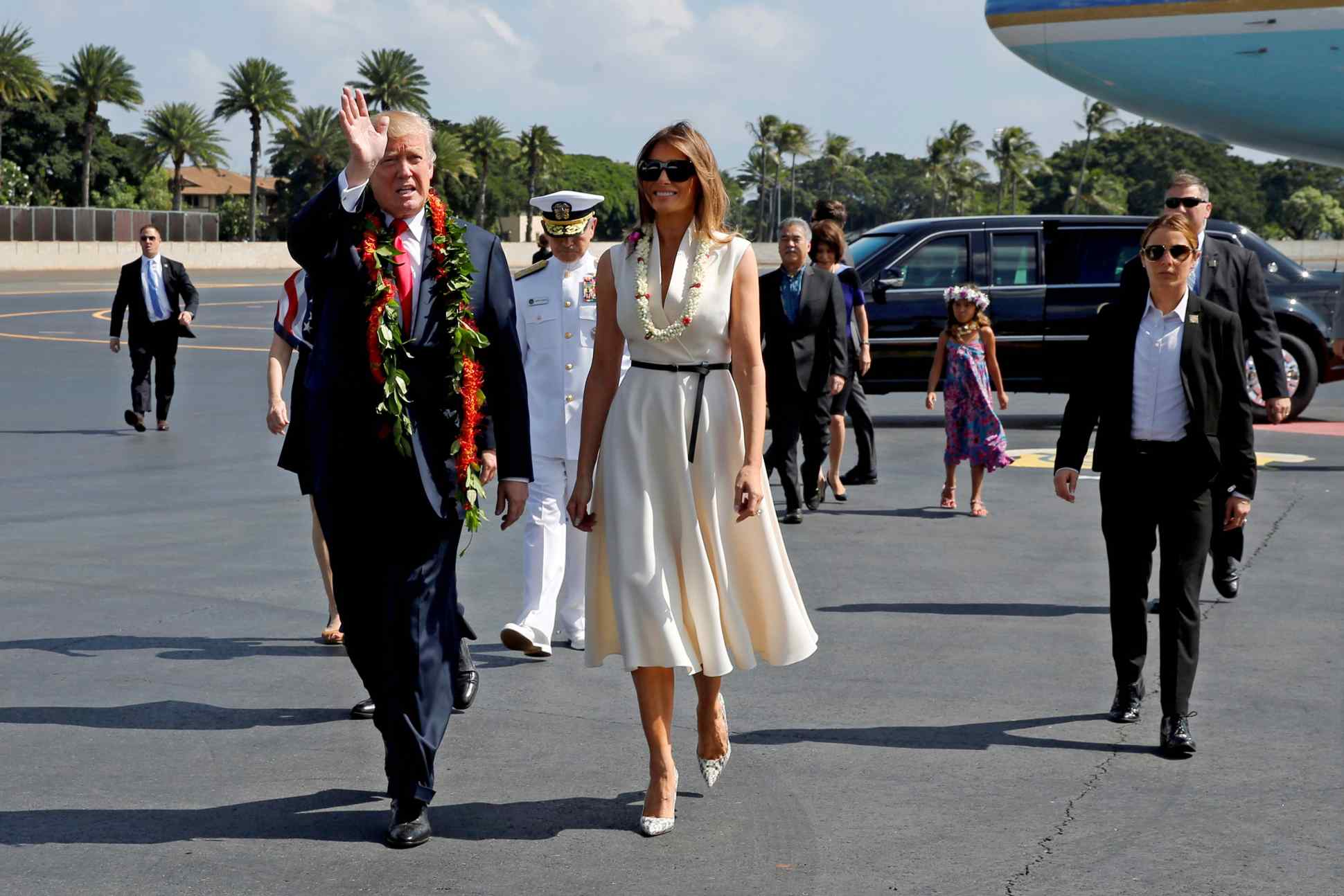 HONOLULU (Reuters) - President Donald Trump arrived in Hawaii on Friday as he set out on the longest trip to Asia by an American president in more than a quarter century, looking for help to pressure North Korea to stand down from a nuclear crisis.

After Air Force One landed at Joint Base Hickam, Trump and his wife, Melania, were draped with traditional lei necklaces. Trump went on to nearby Camp Smith for a classified briefing from Pacific Command military leaders that officials expected would touch on North Korea and other areas.