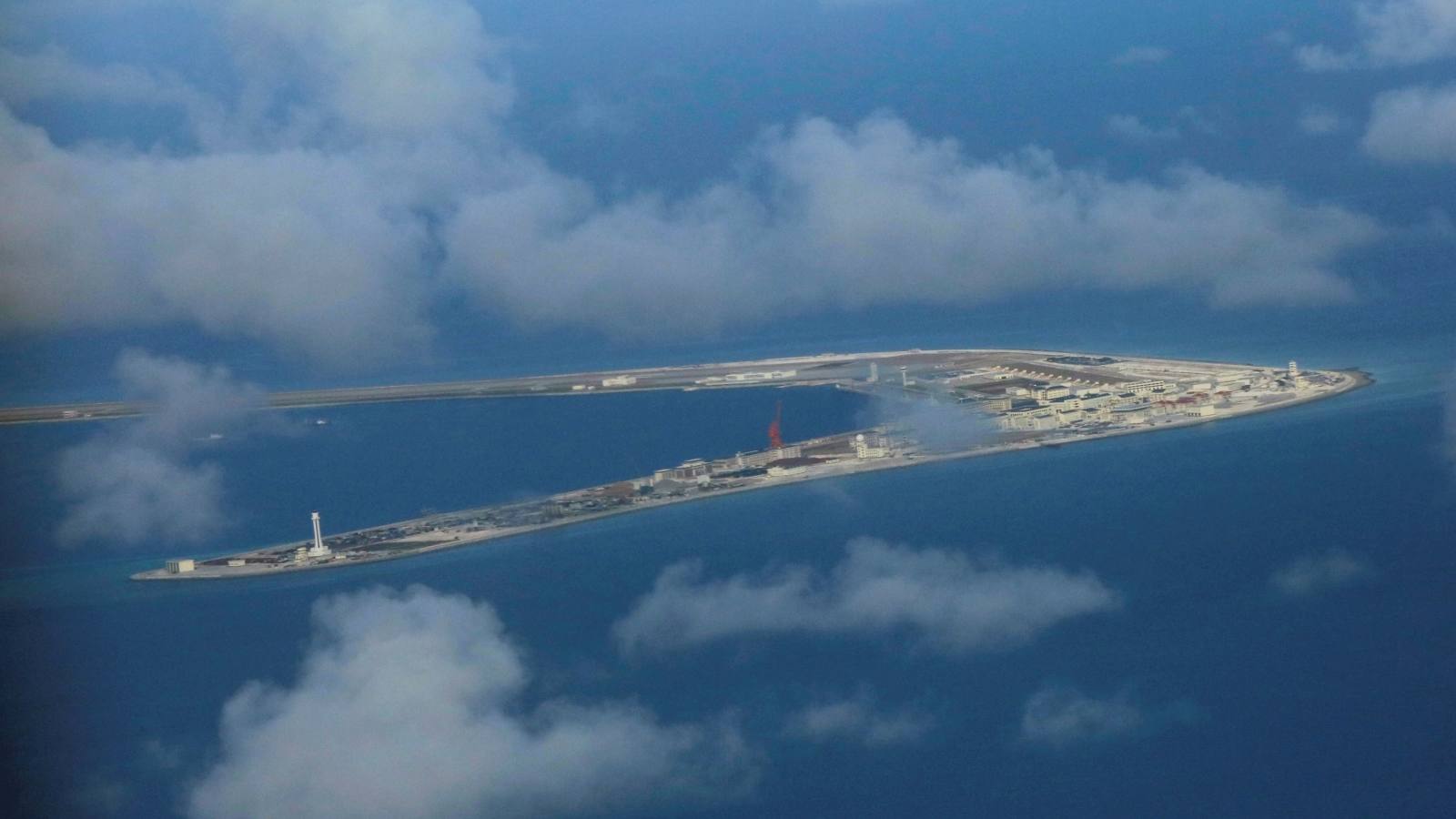 Duterte talks to Trump but leans to Xi

TOKYO -- U.S. President Donald Trump kicked off his Asia tour on Sunday, arriving in Japan for a three-day visit to meet with Prime Minister Shinzo Abe. The two leaders are expected to discuss plans to expand economic growth beyond Asia, across the Indian Ocean to Africa, amid China's growing influence in the region. Air Force One touched down at the U.S. Yokota Air Base, in the western suburbs of Tokyo, at around 10:40 a.m. Trump's first trip to Japan since his inauguration takes place amid heightened tensions over North Korea's nuclear and missile tests.

Shortly after landing, Trump addressed a crowd of U.S. and Japanese troops at the base. Although he did not mention the North by name, he issued a veiled warning to Pyongyang: "No dictator, no regime and no nation should underestimate, ever, American resolve."

"We will never yield, never waver and never falter in defense of our freedom," Trump said. 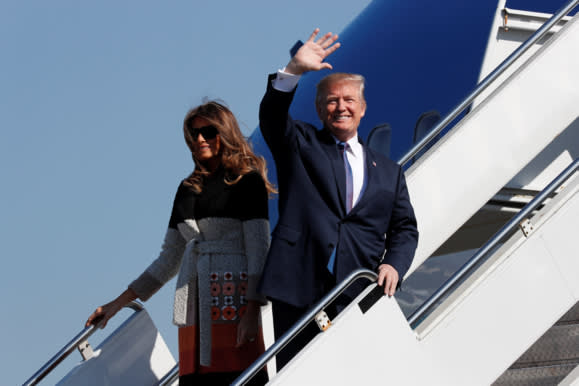 U.S. President Donald Trump and first lady Melania Trump arrive on Air Force One at U.S. Air Force Yokota base in Fussa, on the outskirts of Tokyo on Nov. 5.   © Reuters

Separately, Trump told journalists aboard Air Force One en route to Japan that he would soon decide whether to re-list North Korea as a state sponsor of terrorism.

"We're going to make that decision very soon," he said.

Trump in his speech at Yokota Air Base also said the U.S. will "partner with friends and allies to pursue a free and open Indo-Pacific region" during his trip. The remark signals Washington's determination to collaborate with Japan and other allies to response to expansionist Chinese policies in the region.

Trump is expected to underscore America's strong commitment to the Indo-Pacific region at a summit with Abe on Monday, as well as in his speech at the Asia-Pacific Economic Cooperation meeting in Danang, Vietnam, on Nov. 10-11.

The "Free and Open Indo-Pacific Strategy," a vision presented by Abe in 2016, also aims to achieve growth and stability around the Indian Ocean by focusing on fast-growing Asia and the high growth potential of Africa.

The push for wider cooperation in the Indo-Pacific region is partly intended to keep in check China's growing presence in the region under its "One Belt, One Road" initiative, aimed at extending its reach beyond its borders.

Trump is scheduled to visit five countries in Asia during his tour through Nov. 14, including China, South Korea and the Philippines. 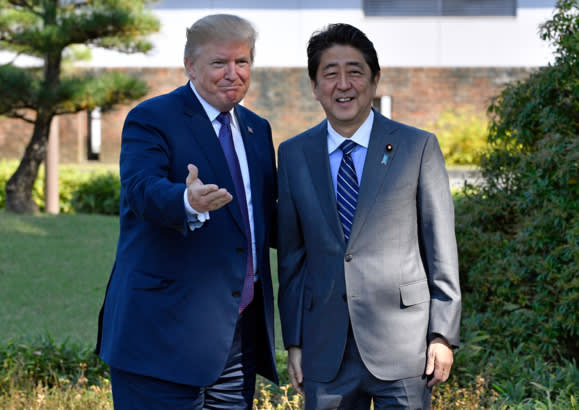 Key to Abe's strategy -- in particular, the promotion of free trade and defense cooperation -- is a partnership between the U.S., Japan, Australia and India. Trump and Abe will likely confirm the importance of the four-country framework at their summit meeting in Tokyo.

Japan hopes to first set up a ministerial dialogue between the four countries and later upgrade it to talks between their leaders.

Specifically, Japan hopes to enhance cooperation in security, including plans to expand the operations of its Self-Defense Forces, which are already conducting joint exercises with the U.S. and Australia, as well as with the U.S. and India.

On Sunday, Abe and Trump are scheduled to play golf together with Japanese professional golfer Hideki Matsuyama at a country club just outside Tokyo. Later in the day, the leaders and their wives Melania and Akie will attend a banquet.

While in Japan, Trump is scheduled to dine with Abe four times, an apparent affirmation of the strong ties between the two countries and the two leaders.

On Monday, the U.S. president will meet with the Japanese emperor and empress and the families of Japanese citizens abducted by North Korea. He will depart Japan on Tuesday.