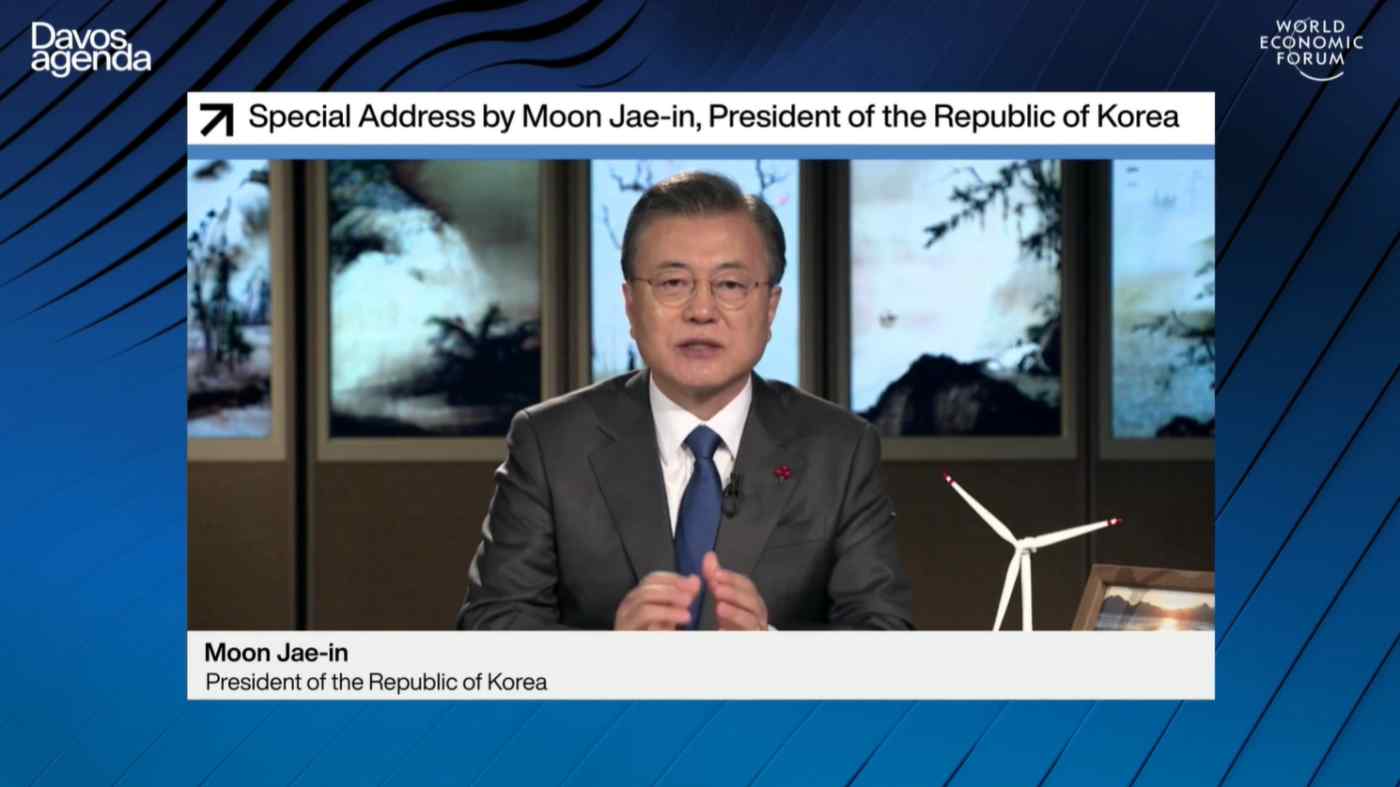 SEOUL -- South Korean President Moon Jae-in warned against polarization and deepening inequality amid the pandemic in a speech to the World Economic Forum on Wednesday, suggesting a profit-sharing system as a way to narrow the gap between haves and have-nots.

Speaking during the online Davos Agenda meetings, Moon said his government has paid stimulus checks and offered employment subsidies but hopes to go further to help the less fortunate. Moon's Democratic Party is pressuring tech and platform companies to spread the wealth with small business owners.

"My administration and the legislature are also discussing a profit-sharing system in which the government provides strong incentives to companies that have been prosperous during the COVID-19 pandemic to share their profits with their hardest-hit peers on [the basis of] voluntary goodwill," Moon said in his 15-minute address.

The initiative, however, faces strong protests from internet and other companies -- as well as South Korea's political opposition, which calls it a "socialist" measure. Critics say it does not make sense for the government to demand that tech companies share their earnings when the authorities provided little help, calling the proposal a de facto corporate tax.

Moon also touted his country as a benchmark for coping with global health crises. Asia's No. 4 economy has weathered the pandemic relatively well, contracting 1% last year while others suffered far deeper slumps. He invited global corporate leaders to invest in South Korea and take advantage of its top-tier tech network and digitalization.

"Korea can also be utilized as your test bed," he said. "Throughout the COVID-19 pandemic, Korea has never enforced any lockdowns or border closures. This clearly demonstrates that Korea, more than anything, is a safe and stable business partner and investment destination."

Seoul is attracting global companies and organizations as a potential alternative Asian base to Hong Kong, amid concerns over China's tightening control over the city. The New York Times, for instance, is moving part of its digital newsroom in Hong Kong to the South Korea capital.

Moon took the opportunity to promote his K-New Deal policy as well, saying the government will inject 160 trillion won ($145 billion) into the project by 2025. The funds will be used for strengthening employment and social safety nets as well as establishing digital infrastructure and developing green energy solutions.

Both state and private financial firms are making "New Deal funds" to support the projects.