'Stakeholder capitalism' rises as likes of Sony and Mahindra commit 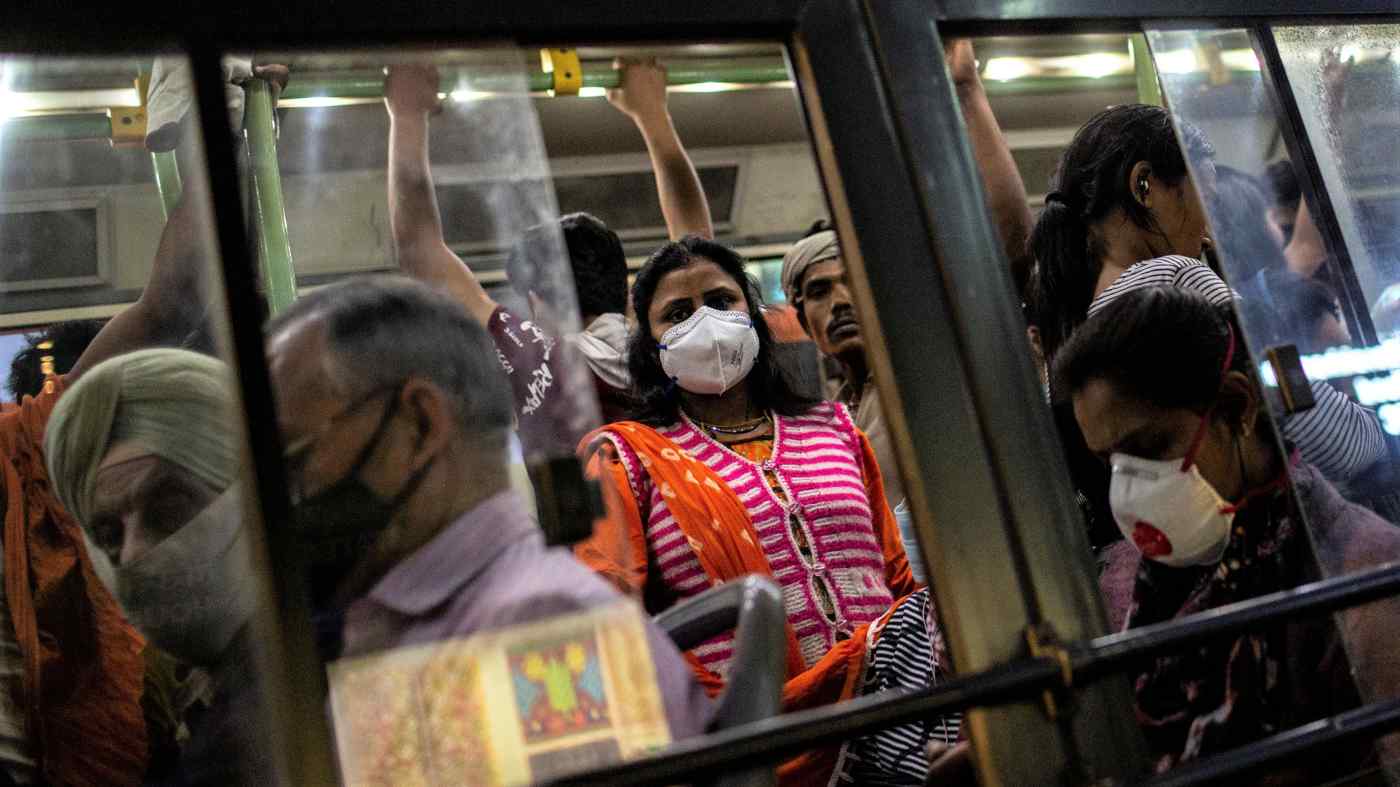 TOKYO -- Pushing back against criticism that capitalism is a source of global problems, the World Economic Forum this week presented it as a solution, as some of the biggest names in business embraced new standards for corporate responsibility.

The WEF made the announcement during its week of Davos Agenda meetings, which wrap up Friday. The organization hopes what it calls Stakeholder Capitalism Metrics will help to address the rising threats of climate change, social inequality and public health risks. The initiative comes amid widespread frustration over the economic ravages of COVID-19, including staggering job losses and warnings that the shift toward digital business will leave many behind.

Japan's Mitsubishi Corp. and Sony, India's Mahindra Group and Reliance Industries, and other Asian companies are among the 61 adopting the metrics as of Tuesday. Western giants like Bank of America, Salesforce and Unilever are also on the list.

"Those are major companies with $7 trillion market cap and millions of employees around the world which are saying, 'Hey, I will hold myself accountable to live up to this stakeholder capitalism" ideal, Brian Moynihan, chairman and CEO of Bank of America, told a virtual Davos panel on Tuesday.

Moynihan also serves as the head of the International Business Council under the WEF, which led the development of the metrics together with the Big Four accounting firms including KPMG. He emphasized that sustainable development goals are what investors, employees and customers want from businesses.

Stakeholder capitalism, long promoted by WEF founder Klaus Schwab, urges companies to consider not only shareholders but everyone with a stake in their actions -- customers, employees, suppliers and local communities. The framework covers 21 core metrics along with 34 additional points.

The core ones include ethical behavior when it comes to corruption, greenhouse gas emissions and pay equality, which can be applied regardless of industry or region. WEF founder Klaus Schwab speaks during the forum's 50th event in Davos, Switzerland, in January 2020. He has long promoted a focus on stakeholders over shareholders.   © Reuters

Larry Fink, chairman and CEO of BlackRock, the world's largest asset manager, talked about a shift in investor expectations during the same discussion. "We are seeing investor preferences changing, and much of it has to do with stakeholder capitalism and how a company and their leadership are navigating themselves" amid COVID-19 and heightened attention to racial inequality in the U.S., he said.

"The transition that we are going to be undergoing related to sustainability is a huge economic opportunity," he added. In his latest letter to chief executives, Fink also underlined climate as a long-term investment trend.

Marc Benioff, the chair and chief executive of cloud software company Salesforce, emphasized the increasingly prominent role of CEOs in society. During the pandemic, he said, CEOs "are the ones that have stepped forward their financial resources, their corporate resources, their employees, their factories and pivoted rapidly, not for profit, but to save the world," raising examples of vaccines and contract tracing systems.

But this comes with heavy responsibility, Benioff said. "The public is counting on CEOs to make the right calls on political and social issues, way more than ever before."

The WEF has been pushing the stakeholder concept since is first annual Davos meeting in 1971, back when U.S. economist Milton Friedman was arguing that the goal of a for-profit business should be to maximize shareholder value.

By and large, major American and global companies bought into Friedman's concept. But the fixation on shareholder value has drawn criticism inside and outside the business community for contributing to growing inequality and environmental degradation. In August 2019, members of the U.S.-based Business Roundtable committed to leading their companies for the benefit of all stakeholders.

The pandemic has only hammered home the notion that something needs to change. The costs to workers have been immense: In 2020, 8.8% of global working hours were lost compared with the fourth quarter of 2019, according to a report released by the International Labor Organization on Monday. That is equivalent to 255 million full-time jobs.

"Often, job destruction has disproportionately affected low-paid and low-skilled jobs," the ILO said, warning, "All this points to the risk of an uneven recovery, leading to still greater inequality in the coming years." The WEF itself is often seen as a forum for global elites who are out of touch with the very people most affected. Skeptics might argue that corporate social responsibility is little more than an image-polishing tool. But Schwab -- referring to around 50 initiatives the forum has pushed over the last months, including conservation of oceans and trees -- defended companies' sincerity.

"We have never seen such an engagement of large companies as we do now in the crisis," Schwab told the panel. "Companies are not doing [this] for whitewashing or greenwashing, or whatever, they are doing it out of motivation from the heart or the conviction that companies are not just economic organisms but social entities."

ESG, especially regarding environmental and social issues, is becoming a bigger part of business, according to Yoshiko Shibasaka, a partner at KPMG AZSA who promotes such initiatives in Japan. "It used to be divisions like corporate social responsibility or human resources which led these activities," Shibasaka told Nikkei Asia. "But integrating these challenges into business is now a major focus."

The WEF's Stakeholder Capitalism Metrics are set to become "fundamental among various ESG standards, which give guidance for minimum essentials to follow as a global company," she said.

Anand Mahindra, the chairman of India's cars-to-information technology Mahindra Group conglomerate, warned in a separate panel discussion that fulfilling these metrics should not be a box-ticking exercise. He said it is in businesses' own interest to "promote the economic prospects of as many people as possible."

"The biggest growth opportunity in emerging markets is about addressing the bottom of the pyramid," Mahindra stressed. "The tipping point will come on ESG and on stakeholder capitalism when people stop seeing this as a trade-off."