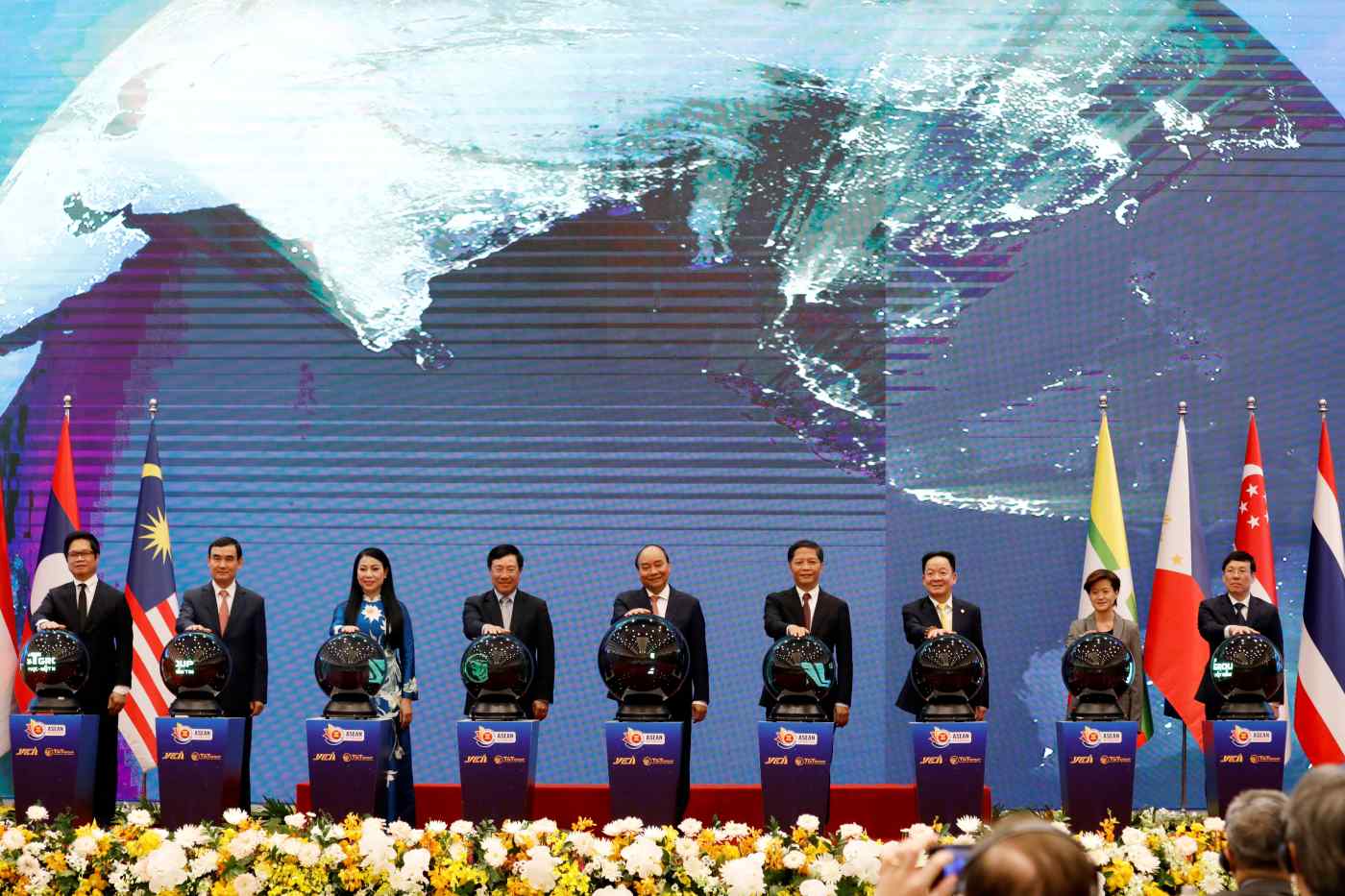 Defense ministers from the Association of Southeast Asian Nations will meet virtually this week to exchange views on security issues, while Japan will kick off its annual general meeting season with companies like Toyota Motor, Japan Airlines and Eisai.

On Wednesday, China will report its retail sales and industrial output data for May.

A Myanmar court in Naypyitaw is expected to begin the witness examination of cases against ousted leader Aung San Suu Kyi in the afternoon, starting with the prosecutor's witnesses. The hearing will likely be held in a closed courtroom. It is not clear how and when the details of the hearing are to be revealed. The charges against Suu Kyi include unauthorized import and possession of portable radios and violations of the Natural Disaster Management Act and Penal Code. The questioning of prosecutor's witnesses is scheduled to continue until June 28, after which the defendant's witnesses will be called and heard until July 26. The court is likely to pass a sentence by mid-August. Suu Kyi is said to be currently under house arrest, living with eight people and her pet dog.

Americans in court on charges of aiding Ghosn

A Tokyo court will begin trying an American former Green Beret and his son for allegedly aiding former Nissan Chairman Carlos Ghosn in a dramatic escape in 2019. Michael Taylor, the former Green Beret, and his son Peter, who were extradited to Japan in March, have never denied involvement in Ghosn's escape.

Prosecutors allege that Michael Taylor hid Ghosn in a black box designed for audio equipment, which was carried to a private jet headed for Istanbul. From there, Ghosn fled to Beirut. Peter is accused of assisting with the escape by meeting Ghosn, charged with underreporting his salary and aggravated breach of trust, in Tokyo before he absconded.

Defense ministers from ASEAN will gather virtually to discuss regional security issues. Talks will likely include the Code of Conduct for the South China Sea, following an agreement between ASEAN foreign ministers and China to resume "textual negotiations" in a recent meeting. Tensions have built up in the region not just on the seas but in the skies, with Malaysia earlier this month accusing Chinese aircraft of breaching its national airspace.

ASEAN defense ministers will also hold meetings with their counterparts from the bloc's dialogue partners the next day, which includes China, the U.S. and Japan.

Thailand's Central Bankruptcy Court decides whether to approve Thai Airways International's rehabilitation plan. The airline's creditors voted for the plan on May 19, so the court's ruling is seen as a formality to advance the restructuring process.

Toyota Motor holds its annual general meeting, seeking investor support for a big strategic push into electric vehicles. The automaker last month announced plans to sell 8 million electrified vehicles in 2030, three-quarters of which are to be hybrids or plug-in hybrids.

Reaching for a jackpot

After a 14-year legal quest, a former business partner of Las Vegas Sands has his day in court to press claims for a share of the billions of dollars the U.S. company has earned from its Macao casinos. The case that has been winding its way through U.S. and Macao courts stems from Sands' last-minute move to drop its partnership with Taiwanese businessman Marshall Hao's company, Asian American Entertainment, in the bidding for gaming concessions in the city in 2001 in favor of Hong Kong's Galaxy Entertainment Group. It turned out to be a politically smart move for Sands, but Hao argues he is entitled to at least $12 billion of the profits it made after jilting him.

The Uganda Olympics and Paralympics team arrives in Japan for training. Around 20 athletes and coaches plan to stay in Izumisano, Osaka Prefecture, where their use of public transportation will be strictly limited in an effort to prevent the spread of COVID. Their arrival follows that of Australia's Olympic softball team, which began its training camp in Gunma Prefecture on June 1.

Japan's 150-day regular parliamentary session comes to a close, allowing Prime Minister Yoshihide Suga to focus on hosting the Tokyo Olympics and Paralympics as well as on accelerating COVID-19 vaccinations. Once the games are out of the way, his focus will likely turn to general elections that are widely expected to take place in the fall.

China is expected to send three astronauts to its Tianhe core space station module for three months. The mission, with planned spacewalks, is part of a space station construction program. Three other manned missions with long stays are also scheduled, with plans to finish the station's construction by the end of 2022.

New Zealand releases GDP figures for the January-March quarter. After a 13.9% quarter-on-quarter surge for the third period of 2020, thanks to the easing of COVID restrictions, growth turned down by 1% in the fourth term.

China kicks off its 618 shopping festival, the country's second largest online fair, after Alibaba's Singles Day gala in November. The event started as a promotional campaign launched by retailer JD.com to celebrate its establishment. In recent years it has expanded into an industrywide extravaganza. Sales during the event will provide insights into consumer sentiment.

Contracts for crude oil and palm oil options on the Shanghai International Energy Exchange and the Dalian Commodity Exchange launch as China opens a range of products to foreign participants. Foreigners now have limited access to China's commodities markets, but futures -- and now options -- contracts have been opening up to offshore traders as a way to boost China's clout in global commodities trading.

The Bank of Japan's policy board considers whether to extend emergency funding programs beyond September. The programs were introduced in March 2020 to support businesses and households hit by the pandemic. The most recent COVID-19 wave has receded over the past month, raising hopes for an economic reopening, but with fears of a resurgence caused by Olympics-related travel, the BOJ is expected to keep the safeguards in place through the end of the year.

Iranians vote for a successor of President Hassan Rouhani, the pragmatist who has served eight years in office. Ebrahim Raisi, head of Iran's judiciary and a conservative hard-liner, is considered to be the front-runner among seven candidates. If he is elected, he is expected to push ahead with a controversial nuclear program, which may complicate U.S. President Joe Biden's plans to return to the Iran nuclear deal. Results may not be known for several days.

Japan's state of emergency for 10 prefectures, including Tokyo and Osaka, is set to expire on Sunday, roughly a month before the start of the Tokyo Olympics. Since April 25, the country's two biggest cities have been operating under SOE requests for restaurants, shopping malls and large-scale events to restrict their operations. The government is reportedly considering keeping some requests, such as for restaurants to close early, in place even after the emergency ends.

Japan's daily COVID-19 cases have dropped from over 7,000 in early May to 1,937 on June 11. However, experts in Tokyo warn that transmissions remain high and that daily infection numbers could quickly rise again.