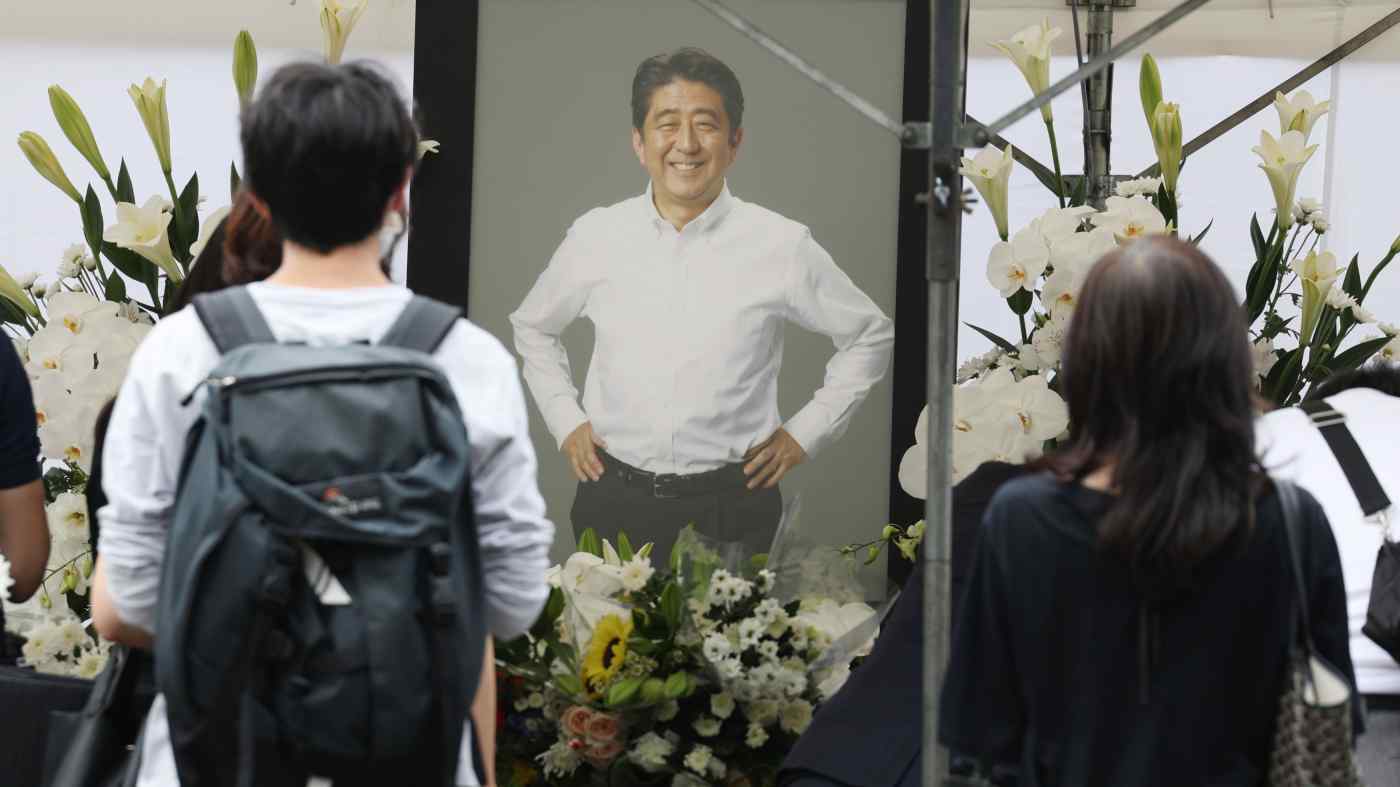 Japanese former prime minister Shinzo Abe's state funeral will be held in Tokyo on Tuesday despite public opposition. The event is expected to cost the Japanese government more than $11 million.

U.S. President Biden is set to host the first U.S.-Pacific Island Country Summit in Washington, D.C., later this week as China is also jostling for influence in the region. Key issues for the gathering include climate change, economic recovery, maritime security, and advancing a free and open Indo-Pacific, according to the White House.

The Asian Development Bank kicks off the second stage of its annual meeting in a largely virtual format. Governors and official delegations will attend limited, in-person events at the multilateral lender's headquarters in Manila. The five-day gathering comes as the region's recovery from the pandemic is under threat by rising inflation and geopolitical tensions amid Russia's war in Ukraine. Events will also tackle persistent problems of poverty and inequality in a region that is also battling the effects of climate change.

The state funeral for former Japanese leader Shinzo Abe, who was assassinated in July, takes place in Tokyo. The ceremony will begin at 2 p.m., at Nippon Budokan, a prestigious event site in a park near the Imperial Palace, with about 4,300 people, including foreign leaders, expected to attend.

Abe will be the second postwar prime minister to be honored with a state funeral. But the plan has met with growing opposition from the public, as Prime Minister Fumio Kishida decided it without having parliament discussion, and as the ruling party's ties with a problematic religious group are being questioned.

The World Bank publishes its biannual economic update. The previous edition in April warned of three clouds over the Asia Pacific region that would downgrade growth expectations for each country. Now that the bank's warnings of commodities shock, financial tightening and a global slowdown have come to pass, the October update will assess how well Asia-Pacific economies have fared in mitigating risks, supporting households and companies, and exploiting new opportunities in exports and technology.

The first-ever U.S.-Pacific Island Country Summit begins. President Biden will try and shore up America's credibility in a region it has long ignored, to China's diplomatic benefit. Taiwan tensions and climate are likely to headline the agenda.

Thursday marks the 50th anniversary of the normalization of diplomatic relations between Japan and China. A string of events are planned for the historic milestone, such as a symposium featuring a special appearance by figure skating superstar Yuzuru Hanyu. But growing tensions over Taiwan and strict COVID measures that have limited travel between the two countries will likely cast a shadow over any celebratory mood.

Alibaba Group holds a virtual annual general meeting of shareholders. The meeting will elect six directors, five of whom are independent director candidates, after which the company will officially achieve a majority independent board. If the nominated independent candidates are elected by shareholders, Alibaba will have an 11-member board that includes three women. Co-founder and Vice Chairman Joe Tsai will step down as chairman of the company's nominating and corporate governance committee before the meeting. Tsai will also step down from the company's compensation committee.

Thailand's constitutional court decides whether Prayuth Chan-ocha can serve as prime minister until his current term ends in March 2023. In question is when the eight-year count began for Prayuth, who designated himself prime minister in 2014 after leading a military coup. Prayuth's side argues that the count restarted in 2017, when the military-drafted constitution took effect. Earlier this month, the court suspended Prayuth, who still serves as defense minister, until its ruling.