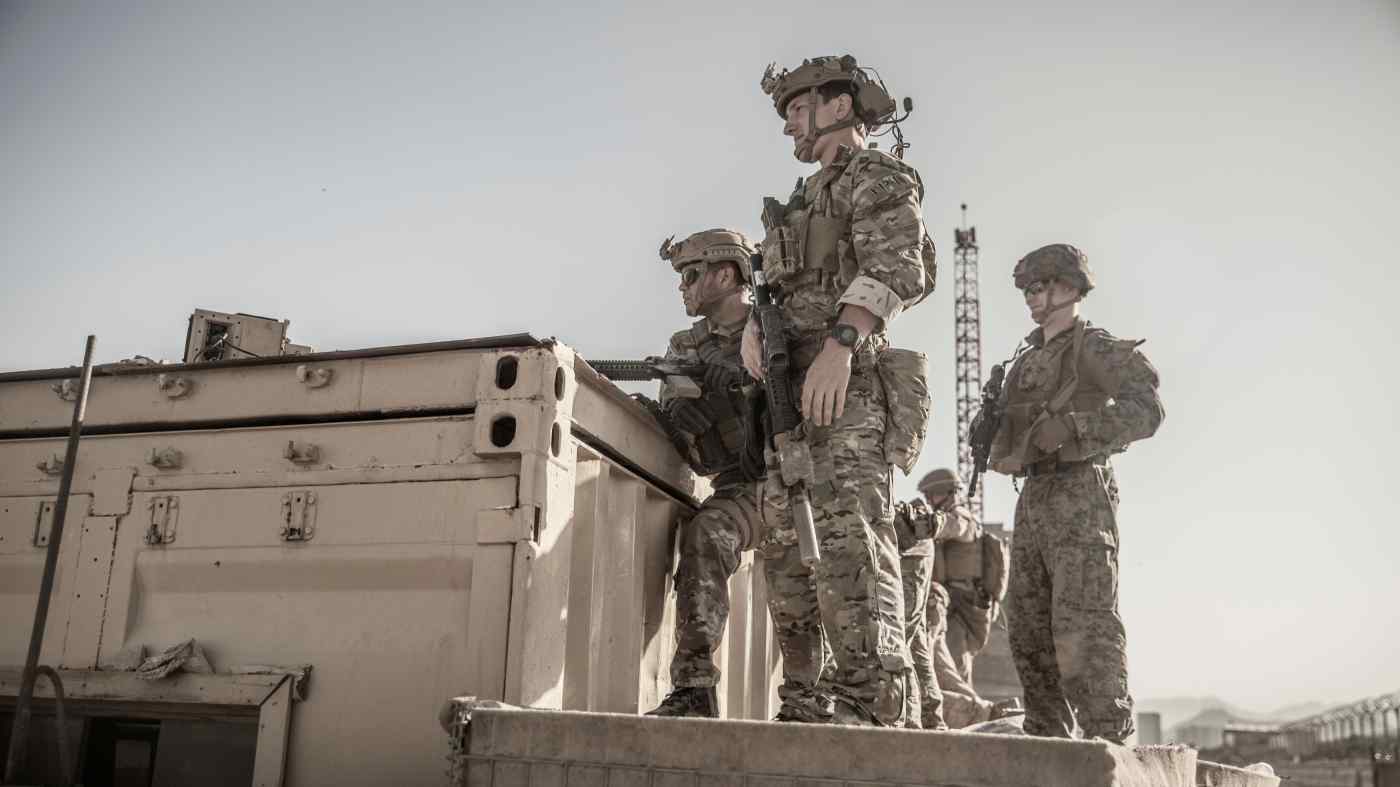 The most urgent news is that the rush to get out of Afghanistan is intensifying as the deadline for U.S. coalition forces to leave falls on Tuesday. At least 92 people were killed in a suicide bomb attack on Thursday outside Kabul airport, where Afghans hoping to be evacuated are gathering in large numbers. The toll included 13 members of the U.S. military.

Some 4,000 vaccinated domestic workers will be allowed to reenter Hong Kong beginning Monday. Around 370,000 are employed as nannies and household staff. Most come from the Philippines and Indonesia.

Bottleneck: Fewer than 20 workers will be admitted per day. They will then be required to quarantine for 21 days in a designated hotel where rooms cost $103 a night.

Look back on the Filipino workers stranded by coronavirus.

Time is running out for the U.S.-led coalition to evacuate nationals and refugees from Afghanistan, with the Taliban refusing to extend the Aug. 31 deadline.

How many have left? More than 100,000 people have fled Afghanistan on evacuation flights since the Taliban captured Kabul on August 15, according to the U.S. Many more are still waiting at or around Kabul Airport. The U.S. defense department, meanwhile, said last week that its military withdrawal was almost complete ahead of President Joe Biden's Sept. 11 deadline.

Rising risks: Many fear more violence like the blast on Thursday, for which the Islamic State militant group claimed responsibility.

Read more: Contributor Kanika Gupta on her last days in Afghanistan, and an eyewitness account of Thursday's attack.

Weaker home prices, rising expenses and losses at its electric car unit are set to drag down first-half profits for China Evergrande Group, the world's most indebted property developer. The company last week warned earnings could fall as much as 39%.

Background: Evergrande has struggled to pay suppliers in the midst of a liquidity crisis. That has prompted warnings from Chinese authorities to slash its $300 billion debt. Shares have slumped 70% this year, while bonds are trading at a level where investors believe a restructuring or default is inevitable. To survive, Evergrande is offering properties at a steep discount and plans to sell stakes in its units.

Go deeper into our coverage of China's debt crunch.

The government-owned State Bank of India, the nation's largest lender, estimates the economy grew 18.5% in the June quarter, despite a deadly second wave of COVID that crippled the country's health system. A year ago, the economy contracted by a record 24.4% as the government imposed one of the world's strictest lockdowns.

Booster shot: Vaccinations will be the key to whether India can maintain growth after the first quarter. About half of India's adult population has received one dose, with 15% fully inoculated.

Hong Kong's film censorship law is likely to be toughened, as the city's legislature start considering an amendment bill introduced by the government on Wednesday. The bill follows the new administrative guideline implemented in June, which applied the national security law imposed by Beijing last year in the territory' film censorship mechanism. The existing censorship law is aimed mainly to safeguard against vulgarity and discrimination, rather than political content.

Why it matters: The amendment would allow the government to retroactively revoke film licenses that were previously approved, if a movie is deemed to endanger national security. Inspectors will also be empowered to enter and search any place without a warrant, supposedly to prevent evidence tampering.

Russian President Vladimir Putin will host the sixth Eastern Economic Forum to attract investment to the country's underdeveloped Far East. Moscow said 60 countries would send delegations, including India, Japan, Thailand, France and Kazakhstan. But few heads of state and government will join Putin in Vladivostok, with most countries dispatching ministers or ambassadors.

Cold front: Former Japanese Prime Minister Shinzo Abe frequently attended the forum, among his nearly 30 summits with Putin. But relations between Japan and Russia have cooled since Abe stepped down last year and Russia held military drills this summer on the contested Kuril Islands.

Guns and jabs: How Russia is courting Southeast Asian countries caught between the U.S. and China

Japan's tough Olympics ends on Sunday night, when the Paralympic Games close. But the fallout from an event that became deeply unpopular with the Japanese public is only starting.

Electoral games: Candidates are stepping up to challenge Prime Minister Yoshihide Suga as president of the Liberal Democratic Party. Suga's viability to lead the ruling party in a general election this fall is now in question, with approval for his cabinet falling to 28% this month.

Stimulus card: Economists expect the LDP to approve another round of fiscal support for businesses that may be forced to close by the pandemic. With the Olympic circus gone and Japan logging a seven-day average of 23,000 infections, the government may heed doctors' orders to enforce a stricter lockdown of Tokyo and surrounding prefectures.

Enjoying our newsletter? Send your feedback, questions and comments to yourweekinasia@nex.nikkei.co.jp.