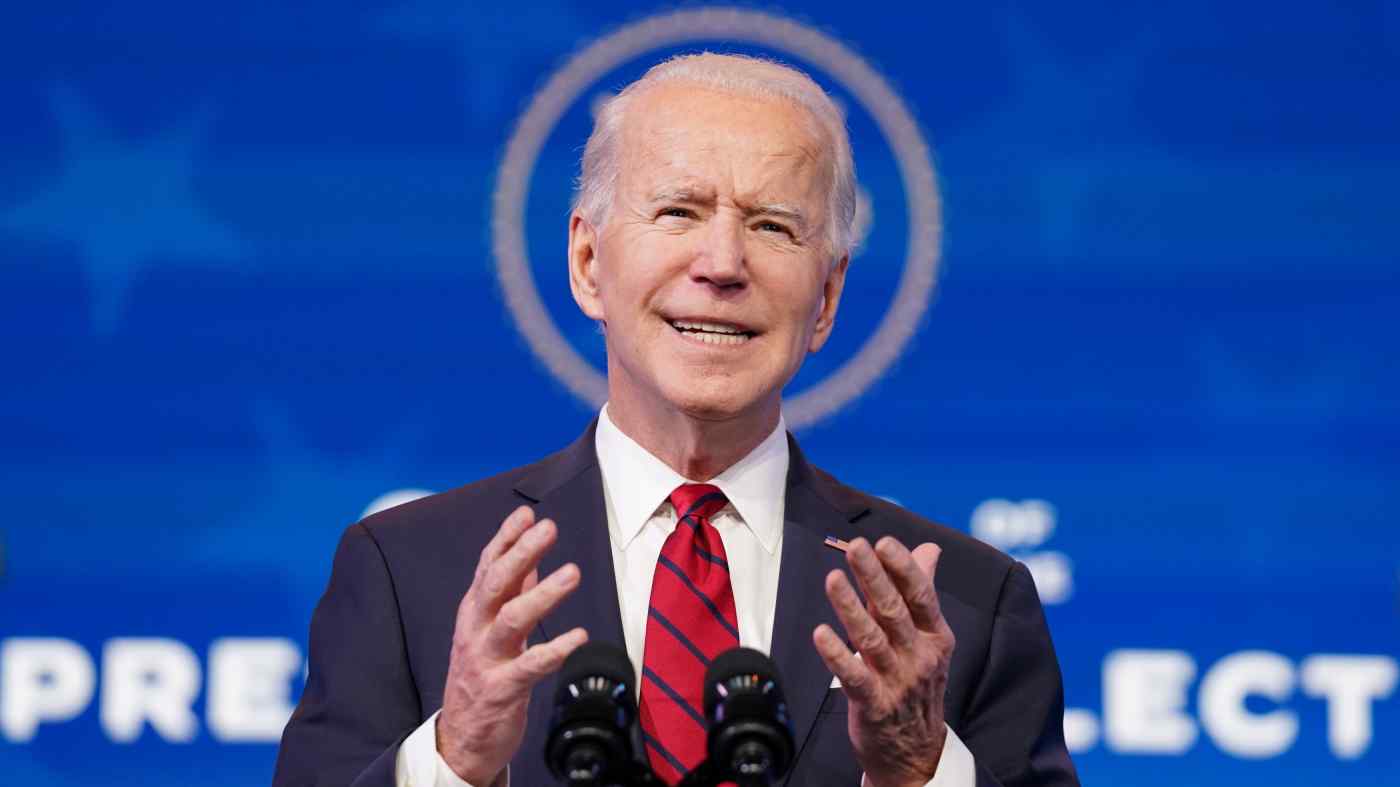 One year ago this weekend, Beijing closed the city of Wuhan to curb the spread of the coronavirus. The order may have come too late as the pandemic reached a toll of 2 million deaths last week, but China is marking the anniversary with the release of a film on the lives of Wuhan citizens under lockdown.

China opens the week with GDP data for 2020. But foremost on Asia's watchlist will be the events in Washington, as Joe Biden is sworn in as the 46th U.S. president amid threats of political violence.

Malaysia's central bank meets on Wednesday, followed by Bank Indonesia and the Bank of Japan on Thursday.

China is scheduled to announce gross domestic product for 2020. Preliminary data points to positive growth, backed by the COVID-19 recovery, which fueled investment and consumption. Additional statistics from the announcement will indicate the economy's growth trajectory for 2021, though new outbreaks in parts of China and a troubled global economy will complicate the outlook.

Existing and potential foreign investors in China may want to take note of a new rule governing foreign investment, which takes effect Monday. The revised Foreign Investment Security Review Measures extends coverage to offshore transactions for indirect control of Chinese entities. Apart from defense-related businesses, the measures cover sectors such as equipment manufacturing and IT services, as well as financial services, which were previously not included.

Japanese Prime Minister Yoshihide Suga will announce a green investment push in his opening policy address to parliament, which opens a 150-day session on Monday. Suga's goal will be to mobilize $2.3 trillion in cash holdings at Japanese companies and implement a broad shift to clean technology.

The Seoul High Court rules Tuesday on the case of Samsung Electronics Vice Chairman Lee Jae-yong, who is charged with bribery and embezzlement. Prosecutors asked the court to sentence Lee to nine years in prison for paying an $8 million bribe to Choi Soon-sil, a friend of former president Park Geun-hye, to smooth his succession at Samsung. Lee's attorneys said that he had no choice but to give money to Choi, due to pressure from Park.

Joe Biden will be sworn in as the 46th U.S. president Wednesday at noon in Washington. The inauguration comes after 11 weeks of acrimony in which President Donald Trump and his Republican Party made unsubstantiated claims of widespread electoral fraud in Biden's Nov. 3 election victory.

Asia's stake: An armed siege of the U.S. Congress on Jan. 6 raised questions in Asian capitals about whether the U.S. democracy is sufficiently stable for the country to assert global leadership under Biden. As the threat of further violence looms, the inauguration will be a heavily guarded and scaled-down event.

The Standing Committee of China's National People's Congress will hold a three-day meeting to revise legislation on legal aid, wetland protection, and the creation of a financial court in Beijing, among other laws. It is also expected to announce an overhaul of Hong Kong's electoral system to ban holders of British National (Overseas) passport from public office in retaliation over the U.K.'s government decision to offer a new pathway for Hong Kong residents to acquire British citizenship.

Huawei's former budget smartphone brand will launch the new V40 smartphone, Honor's first product since it was spun off in November. The sale of the brand to a consortium of more than 30 Chinese companies was meant to ensure Honor's access to vital components and technical support amid the U.S. crackdown.

Huawei founder Ren Zhengfei described selling Honor as a "divorce" and encouraged Honor to compete with its former parent. Honor plans to increase production by 40% to about 100 million units in 2021 and has entered discussions with U.S. parts makers, Nikkei has reported.

Fifty countries have ratified a U.N. treaty prohibiting nuclear weapons, which enters into force on Friday. But Asia's four nuclear powers -- China, India, Pakistan and North Korea -- have not signed the treaty, nor have China's peers on the U.N. Security Council, Britain, France, Russia, and the U.S. Japan has so far declined to sign, citing the treaty's infeasibility in doing away with existing arsenals, despite being the only country to have suffered a nuclear attack.

A day before the anniversary of Wuhan's lockdown, a documentary will debut in theaters across China. Directed by Cao Jinling, "Days and Nights in Wuhan" showcases the life of Wuhan residents and front-line workers in the early days of the COVID-19 pandemic.

Las Vegas Sands will open the Londoner Hotel, the first new casino hotel to launch in Macao since the coronavirus pandemic began. Sands embarked on a $2 billion remodeling to turn a 1,200-room Holiday Inn into a 600-suite luxury hotel, featuring 14 rooms designed by David Beckham, a Gordon Ramsay restaurant, rotating Scots Guards and a replica of Big Ben. The opening comes just a week after the death of Sands Chairman and CEO Sheldon Adelson.

Amid rising steel demand and prices, analysts are bullish on the quarterly earnings outlook for JSW Steel, one of India's largest steel producers. In a stock exchange filing two weeks ago, the company said it achieved crude steel production of 4.08 million tons in the quarter, registering growth of 6% quarter-on-quarter and 2% year-on-year.

The Central Commission for Discipline Inspection, China's most powerful graft buster, holds its annual meeting from Friday to Sunday. The status of the commission has risen since President Xi Jinping took helm of the Communist Party in 2012. Xi is expected to deliver a speech at the closed door meeting, as he has in previous years.