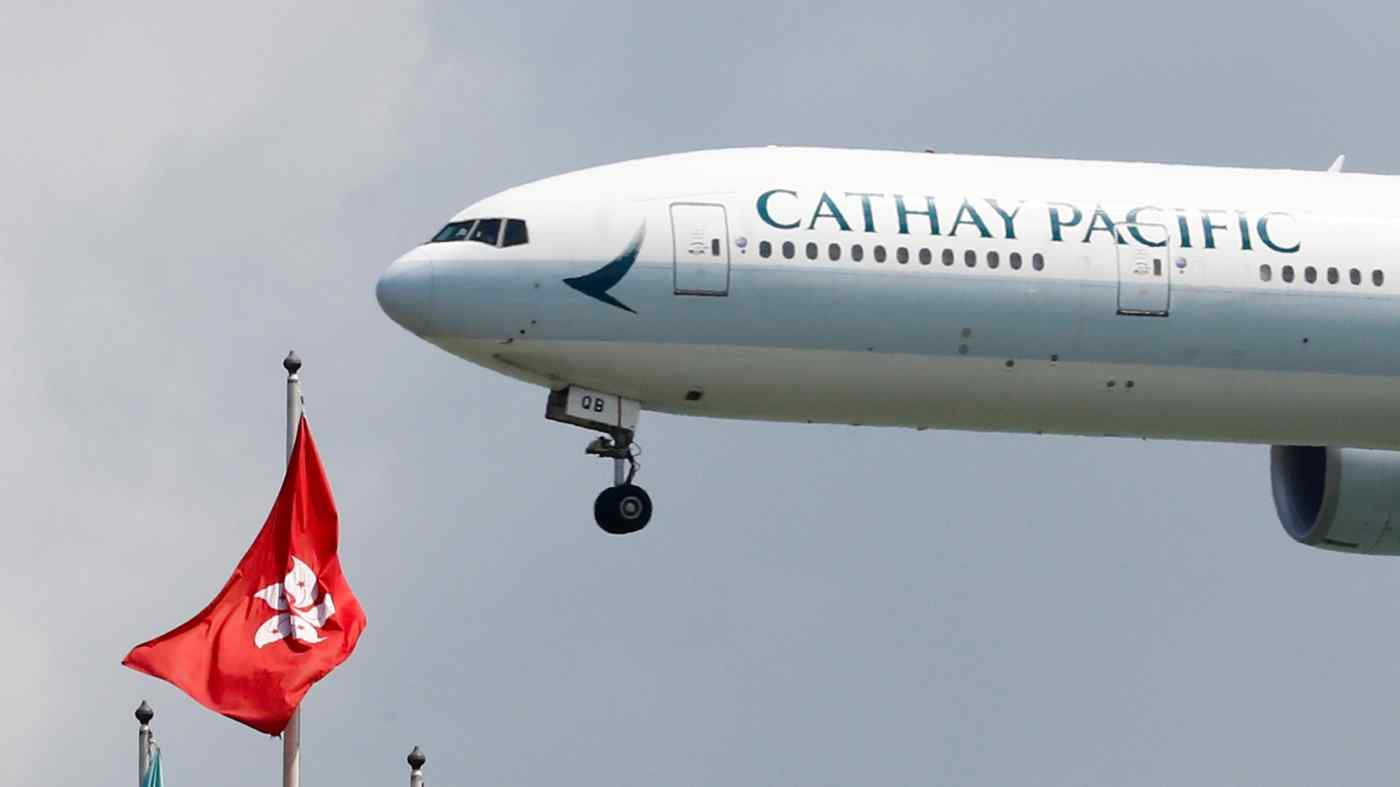 As the first half of a turbulent year closes, second-quarter economic data will begin to trickle out this week. Singapore leads the Asian pack with GDP figures on Tuesday, followed by China on Thursday.

The Bank of Japan begins a two-day meeting on Tuesday followed by a monetary policy decision on Wednesday, as will Bank Indonesia on Thursday. The week will close with a weekend teleconference of the Group of 20 countries' central bank governors and finance ministers, who may be running out of fiscal and monetary space amid the prolonged pandemic and economic crisis.

Stepping in to rescue a privately-run enterprise was an unusual move by the government, which generally prefers a hands-off approach to business. The city government said the bailout is to maintain Hong Kong's status as a regional and international airline hub.

Questions persist about whether the bailout would be enough to save the airline as long as travel restrictions remain. Objections have also been raised against potential government involvement in the airline's management and the appointment of two government "observers" to sit on the board.

The company, which had a long-lasting tradition of allowing reporters to observe shareholders' meetings, has decided not to do so on health grounds, similar to its annual general meeting in June.

In the latest development in Malaysia's politically turbulent year, Prime Minister Muhyiddin Yassin will face a vote of no confidence in parliament, which begins its session on Monday. The vote and the session were delayed in May, a move denounced by former Prime Minister Mahathir Mohamad, as a sign that Muhyiddin did not have enough support to block an ouster.

Singapore will release official quarterly GDP estimates on Tuesday, one of the first countries in Asia to report its performance in the April-June period, when many countries were under lockdowns. Singapore closed most workplaces for two months until early June, halting manufacturing and construction that comprise core elements of GDP. Economists estimate year-on-year growth rates of around -10%, lower than -7.7% in the first quarter of 2009 during the global financial crisis.

The government will also announce June's trade statistics on Friday morning. The benchmark for non-oil domestic exports fell 4.5% on the year in May, so whether or not it will recover will be worth watching.

Hong Kong's embattled public broadcaster RTHK will begin a six-month review of its governance and management, after coming under attack by pro-Beijing politicians over its critical stance toward the government's handling of last year's protests. Last month, RTHK stopped airing a popular satire following complaints that the hosts were insulting police, sparking concerns over free speech.

Meanwhile, the annual Hong Kong Book Fair will kick off amid the third wave of coronavirus infections in the city, despite calls from health experts to cancel the event. Social distancing measures have been tightened again to contain the outbreak.

All companies listed on China's mainland exchanges are required to disclose their half-year results by the end of August. First in line this year at this moment is set to be Jiangsu Nanfang Medical, a local producer of adhesive tapes and bandages, according to the Shanghai Stock Exchange.

The Shenzhen bourse does not have a similar disclosure arrangement, but companies listed there are expected to start releasing results from the first sixth months, which will reflect the slowdown and a gradual recovery from the pandemic.

Investors will watch whether Ariya, described by CEO Makoto Uchida as "the flagship model of New Nissan," can change the narrative for the financially battered and scandal-plagued automaker.

India talks trade and security with the EU

Prime Minister Narendra Modi and European Union leaders will hold their 15th summit to review cooperation on security, trade and investment. "The summit is also expected to discuss developments around the COVID-19 pandemic and contemporary global matters of interest to both sides," said India's Ministry of External Affairs spokesperson Anurag Srivastava.

China's GDP growth for the April-June period is expected to be in the black after a 6.8% contraction in the first quarter, based on a survey of economists by Nikkei. The estimated median growth of 1.1% was made possible by a recovery in production and domestic spending.

But some economists warned of growing uncertainty in the second half due to persistent pandemic controls and lack of demand for Chinese goods. Given the lingering headwinds, which include tensions with the US, market observers will watch for signs of further stimulus on top of the 4.7 billion yuan ($669 million) bond issuance announced in May.

China Bohai Bank will list on Thursday after raising $1.78 billion in the largest initial public offering in Hong Kong this year. The debut will be watched after the Standard Chartered-backed bank priced the offering at the lower end of the target range, even as new Chinese listings have surged on opening. The performance can boost or dent momentum for Hong Kong, which saw seven companies list on July 10, the second-highest on record.

Chip-industry bellwether TSMC will report on Thursday April-June quarter earnings, which serve as a gauge not only of demand for iPhones but also of the outlook for the electronics market in the second half of 2020. The Taiwanese chip giant counts among its clients Apple, Qualcomm, and Huawei Technologies, whose troubles with the U.S. Commerce Department may cast a pall on TSMC's business. But thanks to its status as the sole supplier of iPhone core processors, TSMC saw its market capitalization hit a record high of $305.36 billion on Friday, surpassing competitors Samsung and Intel.

More: TSMC says other clients can 'fill gap' if US ban hits Huawei

Little has leaked from organizers of the 2020 Tokyo Olympics since the games were postponed in March. A virtual public session of the International Olympic Committee may provide answers on how organizers, sponsors and the city government are proceeding, while uncertainty persists about whether the pandemic will allow the games to proceed next year. Japanese medical experts have warned that the event, which typically brings in over 5,000 athletes and tens of thousands of spectators, could pose a public health risk without a vaccine.

The nomination period for Hong Kong's Legislative Council election opens on Saturday, with candidates from pro-democracy and pro-Beijing camps competing for a majority. The election system is designed to favor pro-Beijing parties. The monthslong protests last year may have enough residual energy to boost the pro-democracy camp, though some of its candidates may face disqualification under the city's new national security law.

Finance ministers and central bank governors from the world's 20 largest economies will meet via teleconference on Saturday and Sunday. Originally slated to take place in Jiddah, Saudi Arabia, the virtual meeting follows another in April where the group unveiled a coordinated action plan for the coronavirus pandemic and the subsequent economic slowdown. Whether group members still have fiscal and monetary space to support their economies will be on the agenda, as several countries, including the U.S., backslide into rising infections amid a rush to reopen.