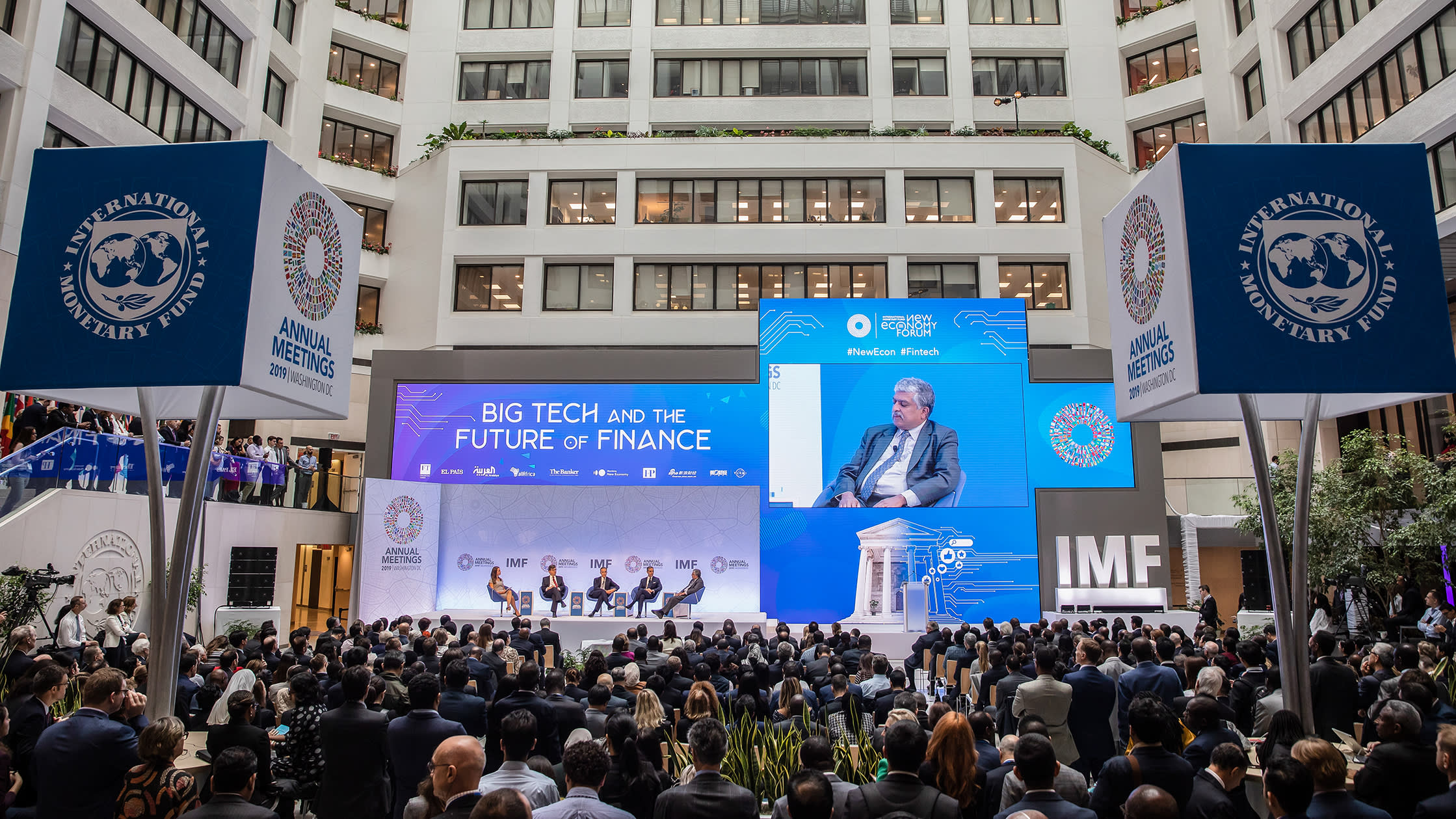 Every April, financial and economic watchers turn their gaze to Washington as most of the world's finance ministers and central bank governors gather for their annual spring meeting. This Thursday, however, financial elites will stay put in their home and meet via teleconference after the International Monetary Fund delivers a bleak prediction of a coronavirus recession.

The first clear confirmation of a recession may come on Friday, when China releases its first-quarter gross domestic product figures. China, the first country to shut down its economy to contain the virus, is slowly reopening. The data will give a hint of Beijing's growth outlook for the year in the absence of an official projection, usually announced in a March legislative sitting, which was postponed this year.

South Korea's election, however, will go on as scheduled. Indonesia's central bank governors will meet, as will ASEAN leaders via teleconference.

Takashimaya shuttered 13 stores in Japan on Wednesday, except floors where food is sold, following the Japanese government's state of emergency declaration. As the number of inbound tourists sharply declined by the end of the last fiscal year, the company's domestic department store sales recorded a 12% decline in February. Overseas operations are also affected by the pandemic.

The Association of Southeast Asian Nations will meet virtually on Tuesday to coordinate their responses to the coronavirus. The 10-member ASEAN bloc may also host a teleconference that includes the leaders of Japan, China and South Korea.

Vietnam, which chairs the group this year, has postponed the leaders' summit from April to late June. A special summit with the U.S. in Las Vegas, originally scheduled for mid-March, has also been delayed.

Go deeper: Southeast Asia may be the next coronavirus hot spot

Beef bowl purveyor Yoshinoya Holdings will announce full-year financial results on Tuesday. The company has about 600 restaurants in Chinese cities, including Wuhan, the epicenter of the coronavirus, whose lockdown ended just last week.

The world's biggest coronavirus lockdown, which has affected 1.3 billion people in India, ends on Tuesday.

It is not yet clear if the nationwide measure -- which has confined people indoors, suspended all public transport and left only essential services operational -- will be lifted all at once or in stages.

Several states have requested Prime Minister Narendra Modi to extend the lockdown amid a spike in coronavirus cases, which rose above 7,500 on April 11. The eastern state of Odisha announced last week that it will remain in lockdown until April 30.

On Tuesday morning in Washington, the International Monetary Fund is expected to deliver a grim assessment of the global economy. In its October outlook, the IMF saw the global economy recovering to grow 3.4% in 2020, after 2019 growth was derailed by trade tensions.

But that was before the coronavirus pandemic. Managing Director Kristalina Georgieva minced no words last week when she told reporters, "We are now in recession. It is way worse than the global financial crisis" of 2008-2009.

Indonesia to decide on rate cut

Governors of Bank Indonesia will meet on Tuesday, after last month's rate cut lowered its seven-day reverse repo rate by 25 basis points to 4.50% -- its second cut in as many months.

Some economists are anticipating a third rate cut in as many months for Indonesia's central bank. The rupiah has strengthened against the dollar over the past week, giving room for the central bank to further ease its monetary policy.

And the country could do with some support -- the Asian Development Bank expects Indonesia to grow by a meager 2.5% this year, half the growth rate of last year.

South Koreans go to the polls on Wednesday to choose 300 lawmakers for four-year terms in the National Assembly.

President Moon Jae-in's liberal Democratic Party is expected to come out on top, according to local media polls, thanks to the government's effective management of the coronavirus outbreak.

But the conservative United Future Party is challenging the DP by pointing to the chronically weak economy, poor job market and corruption scandals by Moon's aides.

Five things you need to know about South Korea's election

Taiwan Semiconductor Manufacturing Co., the world's largest contract chipmaker and a key supplier for Apple and Huawei, will host an investor's conference on Thursday. The industry heavyweight is often seen as a barometer of global electronics demand, thanks to its portfolio of top global clients including Qualcomm and Google.

High hopes: In January, TSMC said it expected sales growth of 17% this year and that it would invest as much as $16 billion in future development and production capacity. But last Friday, the chipmaker reported a significant 42% increase in revenue for January to March quarter from a year ago, when it was hit by a sharp downturn in iPhone demand. That strong performance could continue into the April to June quarter, as many tech companies plan to stock up on chips and other vital components before the global pandemic disrupts the supply chain even further. But demand could slow significantly in the second half of the year due to a global economic slowdown, analysts say.

Beijing will release first quarter GDP figures, along with retail sales and industrial output data on Friday. This will follow Tuesday's release of March trade data. In the first two months of 2020, China saw a sharp decline in trade volume, with exports sliding 17.2% and imports down 4%.

Many analysts predict a contraction in the economy in February, down from 6% growth in the fourth quarter of 2019, due to major interruptions to economic activity during the quarantine period.