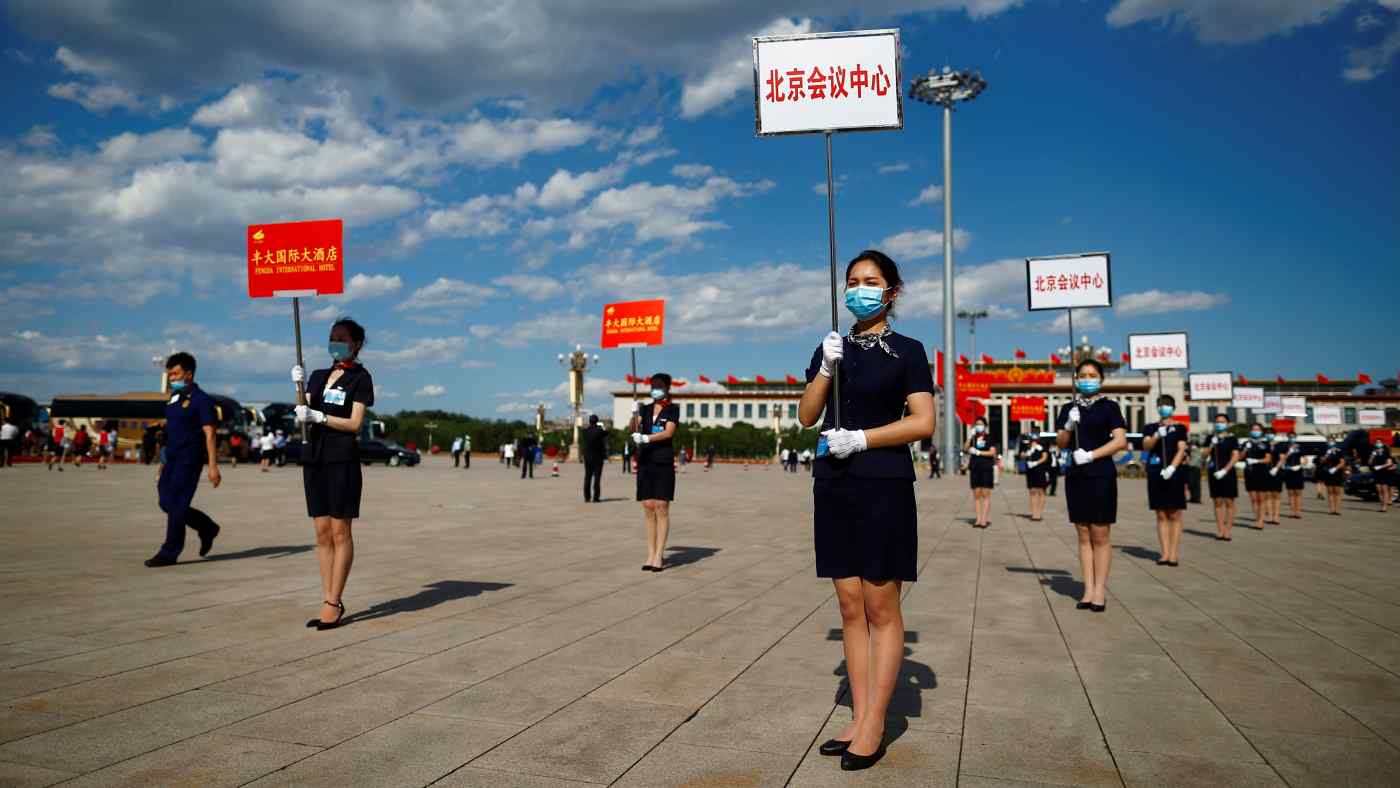 The coming week will be a busy one for diplomacy in Asia. Japan's foreign minister closes out a three-country tour in the Mekong region with his first meeting with Myanmar's Aung San Suu Kyi, while RCEP ministers seek to iron out details on the giant pan-Asian free trade deal. At the weekend, a Czech delegation visits Taiwan despite economic threats from China.

Midyear results will come from China's biggest banks and state-owned airlines, as well as the first Chinese Apple assembler, Luxshare. Meanwhile in Beijing, the Communist Party will commence deliberations on China's next five-year plan.

Japanese foreign minister Toshimitsu Motegi will have his first encounter with State Counsellor Aung San Suu Kyi, Myanmar's de facto leader. Motegi's visit to Myanmar will cap a tour of Cambodia, Laos and Myanmar, where reopening travel corridors has been at the top of his agenda. Humanitarian issues in Rakhine State, where about 700,000 Rohingya Muslims have fled persecution, will be raised with Suu Kyi, according to the foreign ministry.

After a record 10 opposition candidates won seats in last month's general election, Singapore's new parliament will open on Monday. While the legislature continues to be dominated by the ruling People's Action Party, the larger number of opposition voices could mean more debate on major policies.

The main event: Debate will not open until the following week, when Prime Minister Lee Hsien Loong is expected to give a speech to set priorities for a country that has not been spared by the coronavirus.

Takeover bids for Japanese convenience store chain FamilyMart are due on Monday. While Itochu intends to buy a full stake at 2,300 yen ($22) per share, where the stock price of FamilyMart currently hovers, foreign investment funds are calling to raise the price.

The Chinese People's Political Consultative Conference begins a three-day meeting on Tuesday to deliberate over a new five-year national development plan from 2021. The plan is expected to be finalized in October, when the Communist Party's Central Committee meets.

Taiwan Semiconductor Manufacturing Co., the world's most valuable chip company, will take its annual tech symposium online next week. As TSMC supplies most of the world's leading chip developers, from Apple and Qualcomm to Broadcom and Nvidia, the company's tech roadmap is crucial for future tech innovations. The company is currently mass producing five-nanometer chips, the world's most advanced semiconductors, for upcoming iPhone core processors.

Why it matters: The aggressive acquisition makes it the first Chinese iPhone assembler, ending the decadeslong sole dominance of Taiwanese electronics makers in the iPhone supply chain.

The American Institute in Taiwan, the de facto U.S. embassy, will jointly host a tech forum with Taiwan's foreign ministry and top cybersecurity chief to promote the Trump administration's Clean Network program, which aims to safeguard 5G wireless communication. The U.S. has expanded its program to four fronts, including a crackdown on Chinese companies from Huawei to Alibaba and services from carriers, apps, social platforms and cloud service providers.

Democratic Taiwan, which China views as part of its territory, has enjoyed increasingly warm relations with the U.S. amid tensions between Washington and Beijing. The U.S. recently sent Health and Human Services Secretary Alex Azar, the highest-ranking cabinet official to visit Taiwan since 1979.

Tourism, the driver of Macao's economy, is set for a revival as neighboring Guangdong Province will once again allow residents to travel freely to the gambling hub. Controls on travel for other purposes have been relaxed in recent weeks as Macao has been COVID-free since June. Guangdong alone accounted for more than a third of Macao's visitors last year. Controls on residents of other provinces will be relaxed in September.

Ahead of an official signing of the pan-Asian free trade agreement in November, economic ministers from 10 Southeast Asian countries, Japan, China, South Korea, Australia and New Zealand will join a virtual meeting chaired by Vietnam to work out final details. Accounting for nearly a third of the world's GDP, the countries have concluded text-based negotiations for all 20 chapters of the trade pact.

The agreement will be signed without India, but remains open for the country to join later. Whether leaders will be able to sign the pact in Hanoi in November is unclear as Vietnam is currently seeing a second wave of coronavirus infections.

On a busy day for results from Hong Kong and mainland-listed companies, look out for losses from the big three Chinese state-owned airlines. Similar to most of their global peers, China Southern Airlines, China Eastern Airlines and Air China are expected to have lost money for the first half of the year as the aviation industry is one of the hardest hit by the pandemic.

Chinese airlines, however, are relatively better positioned than most global peers, as domestic air travel restrictions were relaxed much earlier. Unlike Hong Kong's Cathay Pacific Airways and Singapore Airlines, which completely rely on international flights, mainland carriers are still seeing substantial aviation demand at home. The benefit could be more apparent for smaller and leaner players, like Spring Airlines, which is also scheduled to disclose its results on Friday.

It will also be a big day for Chinese banks, as ICBC, Bank of China and Agricultural Bank of China will report half-year earnings. The banks are expected to reveal a decline in profits after the banking regulator last month explicitly asked them to boost provisions for loan losses, which analysts expect to continue for the rest of the year. The consensus of five analysts polled by Nikkei Asian Review is for an annual profit decline of 13% in 2020, followed by a 6% increase in 2021.

Czech Senate President Milos Vystrcil will lead a 90-member strong delegation to Taiwan, including the Taiwan-friendly mayor of Prague Zdenek Hrib. Vystrcil will deliver a speech at Taiwan's Legislative Yuan and receive a Medal of Honor for Parliamentary Diplomacy in recognition of his contributions to bilateral relations, according to Taiwan's Legislative Speaker You Si-kun.

Hrib last year revoked Beijing's sister city status, and offered it to Taipei. China threatened to impose measures against Czech businesses when the late Czech Senate President Jaroslav Kubera planned to visit the island earlier this year. Kubera died in January and his widow will be part of the visiting delegation.