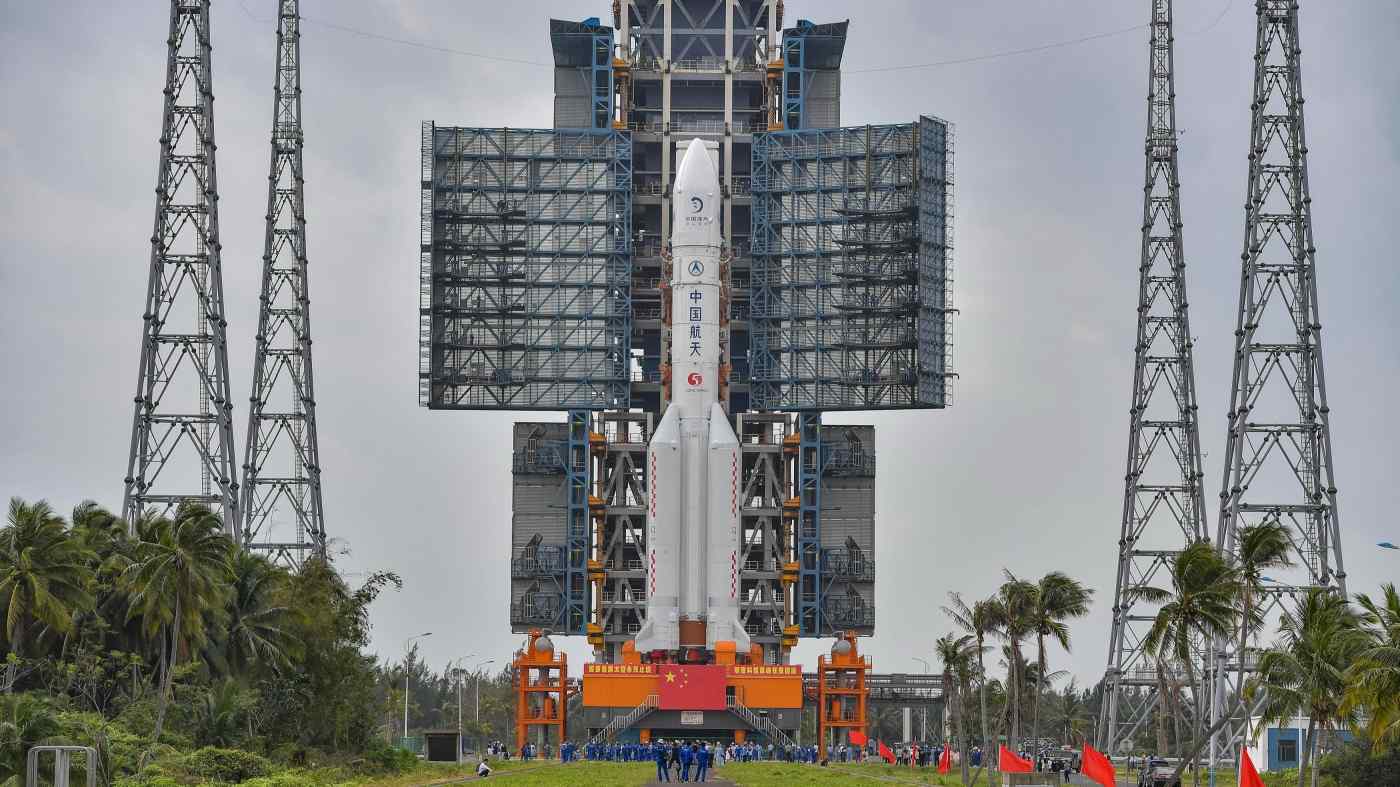 China's World Internet Conference is typically a headline event, but this year's gathering in Wuzhen on Monday will be a low-key affair, with organizers keeping mum on participants. Big names from Silicon Valley such as Tim Cook and Sundar Pichai have appeared in previous years.

Instead, the key items to watch from China this week are the launch of the Chang'e 5 lunar probe, and Foreign Minister Wang Yi's trip to Japan. In Hong Kong, Carrie Lam may have an easier ride than normal as she addresses a legislature without opposition members.

A six-day trial for Hong Kong pro-democracy activist Joshua Wong begins on Monday. Wong was charged with organizing and participating in an unauthorized assembly near police headquarters last year. If convicted, the 24-year-old former student leader will face his third jail term in three years.

State Councilor Wang Yi will arrive in Tokyo on Tuesday for bilateral discussions with Japanese counterpart Toshimitsu Motegi. Wang will be the first senior official from Beijing to visit Tokyo since the outbreak of the coronavirus, and since Yoshihide Suga became prime minister in September.

On the agenda: Negotiations on opening a business travel bubble have reached "the final stage," Motegi said last week. China's continued excursions into Japanese waters and airspace around the Japan-administered Senkaku Islands, which China claims and calls the Diaoyu, may also be addressed.

China is set to become the third country, after the U.S. and Russia, to collect samples from the moon when its National Space Administration launches the Chang'e 5 lunar probe. Named after a Chinese moon goddess, the probe is expected to bring back samples for research on the moon's volcanic history.

China's Xiaomi on Tuesday will report earnings from the third quarter, when it surpassed Apple to become the world's No. 3 smartphone maker. Xiaomi has aggressively prepared to grow its market share, buoyed by misfortunes faced by its biggest domestic rival, Huawei Technologies. Huawei has been cut off from vital chip supplies due to a U.S. crackdown and was forced to sell its budget smartphone line Honor to Shenzhen government-backed companies and local distributors.

Minimal interruptions are expected on Wednesday when Hong Kong Chief Executive Carrie Lam delivers her annual policy address to the Legislative Council, without any opposition lawmakers. The government has said it will roll out policies to encourage young people in the financial hub to work and live in mainland China, in the hopes of integrating the rebellious former British colony with the rest of the country.

Meanwhile, it remains to be seen how the government will solve some deep-rooted problems that fueled last year's anti-government protests, including unaffordable housing and a widening wealth gap. All major government proposals are expected to be passed after opposition lawmakers collectively resigned to protest Beijing's tightening grip over the council.

The Bank of Korea's monetary policy board is expected to hold its key rate at 0.5% after meeting on Thursday. Economists say Gov. Lee Ju-yeol is likely to continue with the loose monetary policy until he sees a strong and stable economic recovery.

Malaysia's parliament will vote on a 322.5 billion ringgit ($79 billion) budget, its largest in history, proposed by embattled Prime Minister Muhyiddin Yassin. The budget needs a simple majority of 221 lawmakers to pass. If it is voted down, the government could face a shutdown that would hamper aid and assistance amid the pandemic.

Taiwan's government on Friday will offer GDP growth projections for the December quarter and for 2020. The export-oriented island in the quarter through September outperformed the government's estimate with 3.33% year on year growth, driven by Huawei's rush to order Taiwanese tech supplies ahead of a U.S. ban on Sept. 15. Without Huawei's big orders, Taiwan's exporters in the final quarter will rely on the sales performance of Apple's first-ever 5G iPhone, the 12 series.

India's second-quarter GDP is expected to have contracted at a slower pace than in the previous three months, when the economy shrank an unprecedented 23.9% on the year. The Reserve Bank of India expects GDP to decline by 8.6% in the second quarter. "The contraction is ebbing with gradual normalization in activities and expected to be short-lived," the central bank said in a recent report.