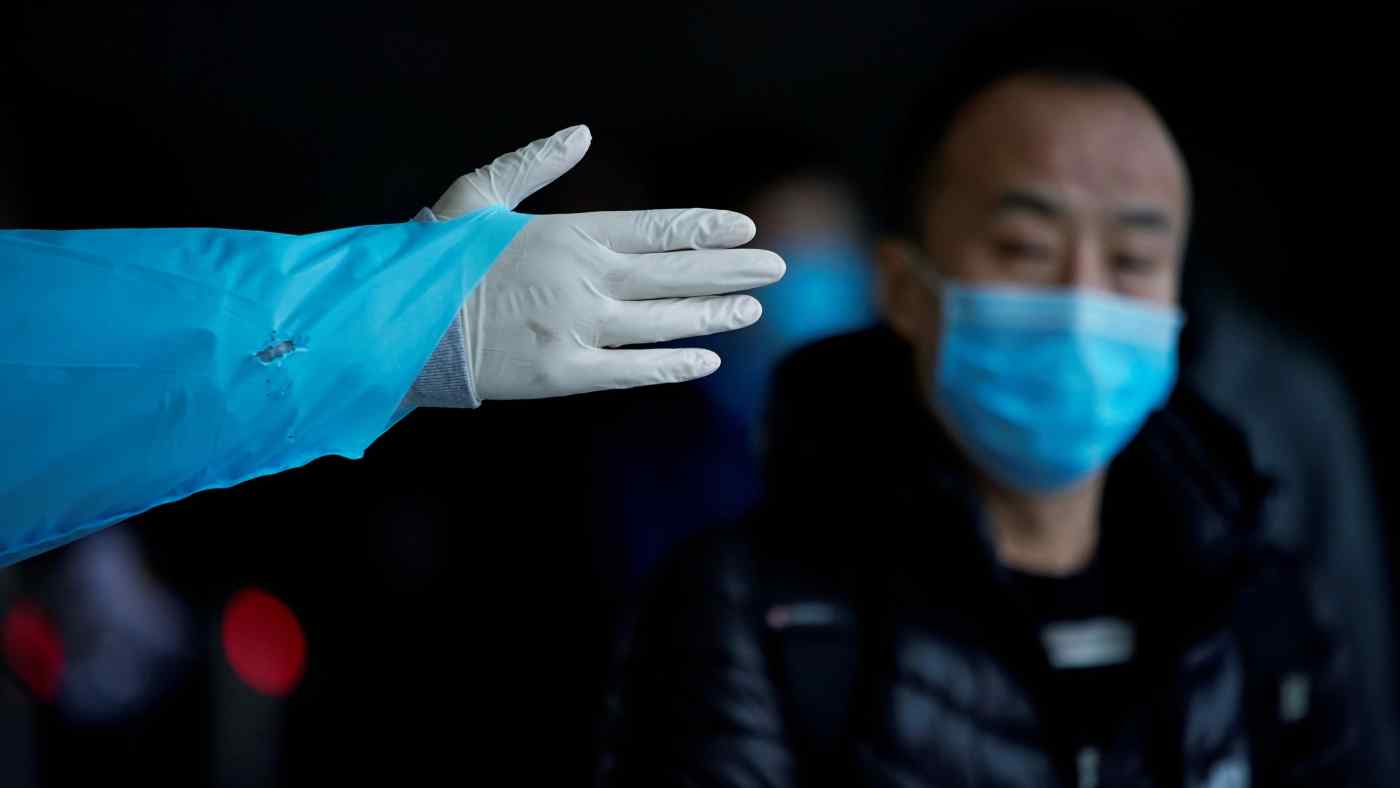 A passenger wearing a mask walks outside a railway station in Shanghai on Feb. 8  as the country is hit by an outbreak of the new coronavirus.   © Reuters
February 9, 2020 18:38 JST | China
CopyCopied

While Wuhan remains under lockdown, major Chinese cities including Beijing and Shanghai are making halting efforts to restart work this week, officially ending the Lunar New Year holiday that had been extended to curb the spread of the coronavirus.

Over the weekend, we reported that electronics manufacturer Foxconn was ordered to postpone production by Chinese authorities, further worsening supply chain disruption for its clients Apple, Amazon and Huawei.

The virus's scourge will continue to hurt Asian businesses and economies, casting a shadow on this week's earnings announcements. It will also affect the Singapore Airshow, where our reporters will be on the ground.

On Monday, markets will brace for the announcement of China's consumer price index for January, a month that saw nervous shoppers driving up food prices ahead of the coronavirus quarantine in several cities.

While businesses will reopen, schools and universities in China will postpone classes throughout February and many white collar employees are working from home this week.

Tesla Inc. and Honda Motor received the green light from Beijing to resume production. But Honda and other companies such as Toyota Motor and Taiwan Cement said they will extend their production freezes in China for at least another week.

Asia's largest showcase for aerospace makers is expected to be a subdued affair this year, with aircraft makers including China's COMAC and Canada's Bombardier withdrawing from the event due to concerns about the coronavirus.

Singapore's loss: The government banned entry for travelers from China, further limiting attendance at the biennial airshow, which brought in $250 million to the city-state's economy in 2018.

Still attending: The Boeing Company and Airbus Group. The former has taken a beating since two of its 737 Max planes crashed last year, and the latter has been in the spotlight amid allegations that it had bribed executives of Malaysian low-cost carrier AirAsia.

News of activist hedge fund Elliott Management amassing a stake in the tech conglomerate ahead of its earnings announcement on Wednesday adds pressure on CEO Masayoshi Son to narrow the gap between its market value and the sum of its investments.

Do the math: SoftBank Group is valued at about $90 billion, even though it owns roughly $150 billion worth of shares in Alibaba, in addition to stakes in Japanese and U.S. mobile carriers and U.K. chip designer Arm. A major source of concern has been a series of large bets that have since turned sour, most notably the U.S. office sharing company WeWork.

Malaysia's central bank will announce whether its GDP growth continued to slow in the fourth quarter of 2019.

Economists believe the fourth quarter's growth is likely to have further slowed to between 4.2% and 4.4%, from the 4.4% recorded in the third quarter, which prompted the central bank to slash its benchmark interest rate by 0.25%.

Read: Last month's Asia Insight piece on how the uncertain transition between Prime Minister Mahathir and his former rival Anwar Ibrahim is scaring away investment.

The European Union will on Wednesday decide whether to revoke Cambodia's trade privileges because of the country's "systematic" violation of human rights.

Why it matters: Losing privileges would add tariffs to shipments of items such as clothing and shoes to a crucial market for Cambodia's $9.5 billion apparel and footwear export sector.

Before dawn in Asia, Samsung Electronics is expected to unveil its new 5G-compatible Galaxy series, along with a highly-anticipated foldable phone. The launch in California will go on as planned even as other Asian smartphone makers, such as LG and ZTE, are canceling new product launches at the upcoming Mobile World Congress in Barcelona due to the coronavirus.

Chinese e-commerce giant Alibaba Group Holding will report October-December earnings on Thursday before the market opens. The New York-listed company posted a better-than-expected revenue of $16.9 billion in the previous quarter.

What to watch: Whether or not Alibaba, led by its new chairman Daniel Zhang, has managed to defy trade tensions and the sluggish global economy once again. Investors will also look for clues on how the coronavirus may affect the Hangzhou-based conglomerate, whose offerings also include travel and offline retail.

Nissan Motor's third quarter earnings report will be the first since Makoto Uchida took over as CEO on December 1.

As Uchida makes haste to restructure the car company, which faces low profitability following the aggressive expansion led by former chairman Carlos Ghosn, investors are watching to see whether there will be further layoffs. The company announced 12,500 job cuts worldwide in July.

Like its peer Honda Motor, the outbreak of the coronavirus hit Nissan hard as the China market has been one of the few sources of growth for the automaker.

Singapore Airlines will on Friday report earnings for the October-December period. The city-state's flag carrier is among the Asian airlines that have suspended or reduced flights to and from China over the coronavirus outbreak.

Though last quarter's results will not reflect the coronavirus impact, it will be worth watching how the company will describe its outlook for the current quarter and beyond.

Five telecom companies have submitted their bid documents for four 5G spectrum licenses, which Thailand's National Broadcasting and Telecommunications Commission is scheduled to auction on Sunday.

The commission will announce the qualified bidders and their spectrum bids on Wednesday. Thailand seeks to launch 5G services by mid-2020, as the kingdom hopes to become the ASEAN's digital innovation hub.