Your weekly lineup of Asia's biggest political and business events 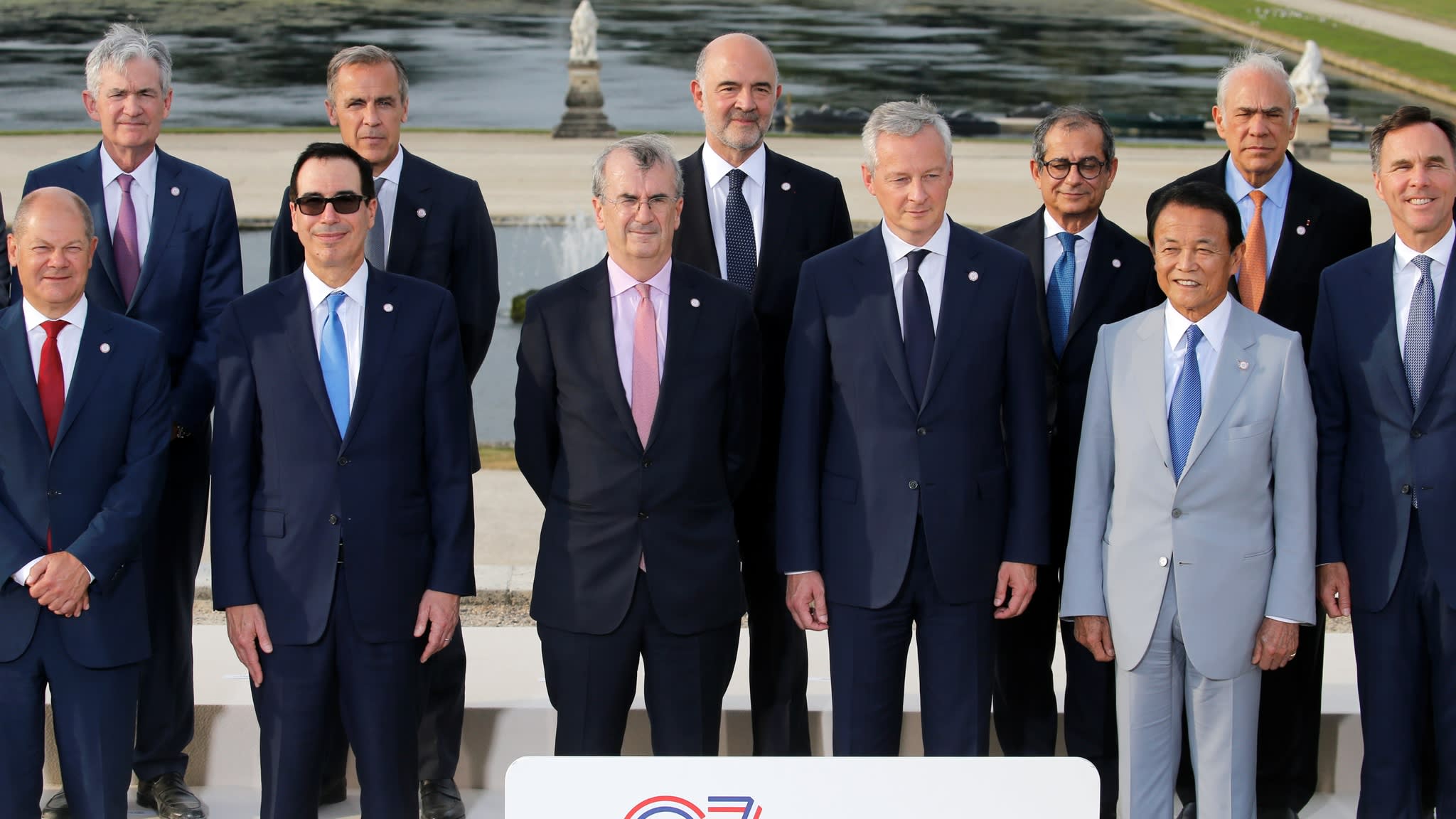 Foreign ministers, finance chiefs and corporate leaders will seek to reassure nervous markets and nations this week, as three Asian economies are expected to report dismal gross domestic product figures while industries grind to a halt due to a coronavirus outbreak that has defied borders and travel bans.

Several major events in Asia planned for March or the spring have been canceled, including the East China Import and Export Commodity Fair in Shanghai and the high-profile Art Basel Show in Hong Kong. The Canton Fair, China's oldest and biggest trade expo, has suspended exhibitions.

Japan: At 8:50 a.m., Japan's Cabinet Office announced GDP data for the fourth quarter of 2019. The world's third-largest economy shrank an annualized 6.3% from a quarter earlier, slowed by a sales tax hike and a destructive typhoon.

Singapore: An official estimate in early January predicted 0.7% growth for 2019, the lowest rate since 2009, due to the U.S.-China trade war. Following the release of GDP data on Monday, Deputy Prime Minister Heng Swee Keat will deliver the 2020 budget speech Tuesday afternoon. The spending proposal is expected to include some relief for an economy hit by the coronavirus.

Thailand: The government projected 2.6% growth for 2019, the slowest pace since 2014. But after a strong baht and the trade war hurt the kingdom's exports, analysts expect Thailand's fourth-quarter growth to hit a five-year low. Last week, Thailand's central bank warned that the economy may grow less than 2% in 2020.

How bad will this year be? The coronavirus has dealt Singapore's tourism industry an estimated 25% to 30% drop in arrivals, which should be enough to cause a revision in the government's growth target for 2020. The outbreak, though centered in China, also casts a shadow on upcoming elections in the city-state.

Analysts on average estimate HSBC will report pretax profit of $20 billion for 2019, little changed from $19.9 billion in 2018.

But the focus Tuesday will be on the details of a promised overhaul of the bank. Interim chief executive Noel Quinn announced plans last year to pare the bank's continental Europe and U.S. businesses, which consumed capital disproportionate with generated returns, in favor of emphasizing retail banking and wealth management in Asia, Canada and Latin America.

The full plan, which the bank promised to unveil this month, could lead to 10,000 job cuts.

The struggling automaker announced last week that net profit will fall to a 10-year low due to sales slumps, most notably in North America. At a news conference, Uchida said annual dividends would drop to their lowest since 2011. Before he departs, the Portuguese diplomat will visit the Sikh shrine in Kartarpur. Late last year, Khan and his Indian counterpart, Narendra Modi, inaugurated a "peace corridor" for Indian pilgrims to travel safely to the shrine amid bilateral tensions in Kashmir.

Ping An Insurance is expected to post a surge in annual net profit, but the focus will be on the slowdown in premium growth. While the Chinese company has faced the slowdown for the past few years, the coronavirus outbreak is expected to exacerbate the problem in the near term.

Investors in Lenovo, the world's largest maker of personal computers, will convene. The Beijing-based PC giant has not avoided the economic malaise caused by the coronavirus, as the majority of the company's production and the sources of most of its components are based in China.

As the likelihood of the coronavirus turning into a pandemic grows, China and its neighbors in Southeast Asia will convene a high-level emergency meeting of foreign ministers in Laos.

Experts urge greater coordination among governments in Asia, as borders and travel bans have proven ineffective in containing the virus.

Last week, we looked at how Asia's public health infrastructure remained underfunded even after the SARS epidemic.

Thailand's Constitutional Court is expected to deliver a verdict in a second case that could lead to the disbandment of the Future Forward Party, the kingdom's second-largest opposition group.

A petition filed by the Election Commission of Thailand claimed that the party received an illegal donation worth 191 million baht ($6.13 million) from 41-year-old party leader Thanathorn Juangroongruangkit.

Thai law prohibits parties from receiving cash donations over 10 million baht from any individual. Thanathorn claims it is a loan to be repaid.

Background: Read our cover story on why Thai youth are starting to raise their voices.

The week will end with a gathering of finance ministers and central bank governors from the world's 20 leading rich and developing countries.

Markets will look to Riyadh for assurance that governments have the fiscal and monetary policy space to soften the blow of an economic slowdown, combating the disruption of global supply chains from trade tensions aggravated by the coronavirus halting entire industries in Asia.