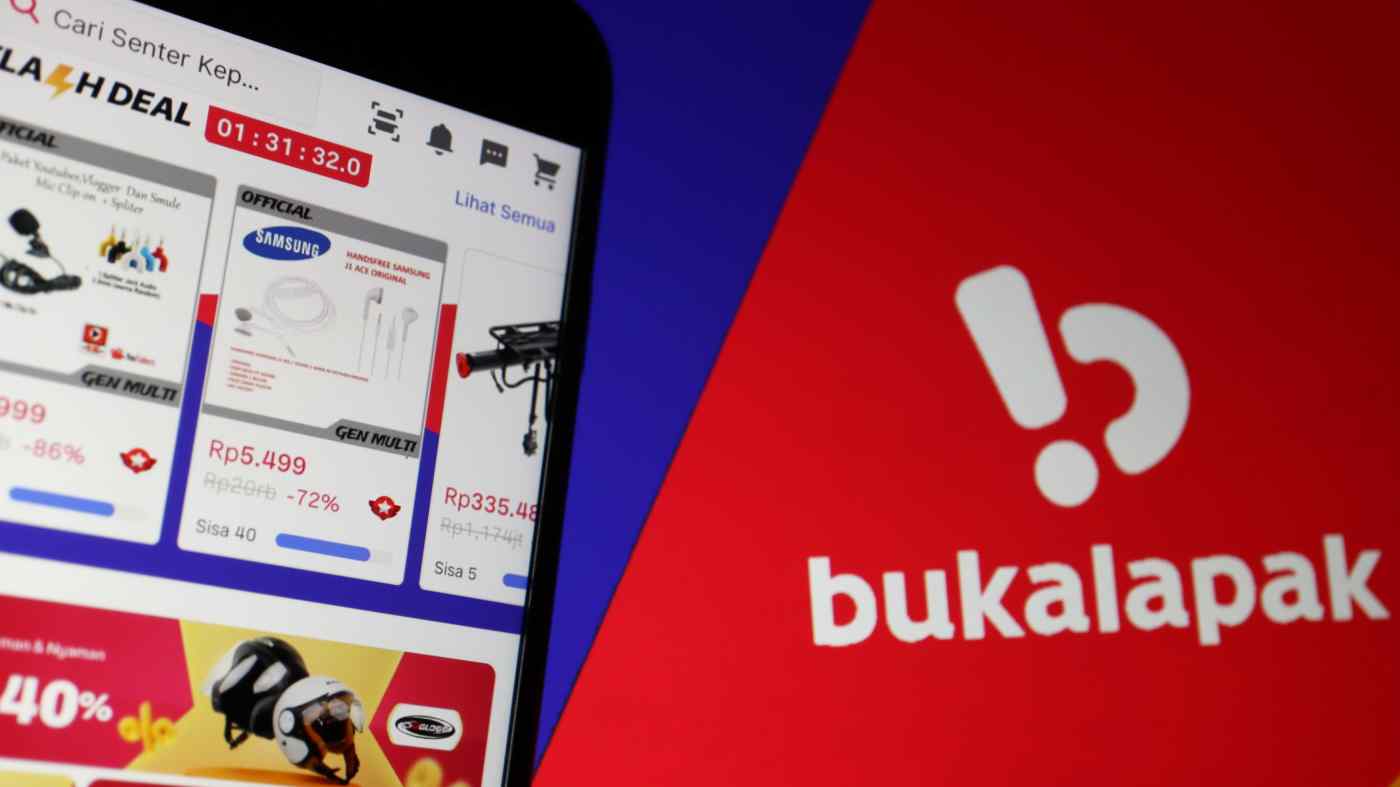 Leading e-commerce platform Bukalapak will debut on the Indonesia Stock Exchange in the first IPO of an Indonesian startup valued at over $1 billion.   © Reuters
August 1, 2021 18:10 JST | Indonesia
CopyCopied

As Olympians in Japan enter their final week of competition, Southeast Asian foreign ministers are set for a busy week of meetings with one another and with neighboring powers.

It will also be big week for financial results. HSBC and Alibaba will kick things off, with Toyota and Honda reporting quarterly earnings on Wednesday that are likely to be affected by the shutdown of their car plants in Thailand. Game makers Sony and Nintendo will tally their figures as well, with Chinese chip champion SMIC rounding out the week.

Following in the wake of dispatches to Asian waters by the U.K. and French navies, the German naval frigate Bayern will set sail on a six-month journey that will take it as far as Japan and Australia. The mission aligns with the aims of the Indo-Pacific policy guidelines issued by Berlin last September: international cooperation, support for local partners and safeguarding the rules-based maritime order.

Limited scope: The German navy's official statement on the tour mentions North Korea, but not China, underscoring the government's desire to maintain good relations with Beijing. Notably, the ship's planned route will not take it through the Taiwan Strait.

U.S. investors are barred from making new investments in 59 companies cited in an executive order from the White House over their alleged links to China's military or surveillance apparatus. Any existing investments must be divested within a year.

HSBC, the world economy and profits

Observers will be tuning in for HSBC's forecast of the likely impact on its business from COVID's resurgence across Asia and the U.K., as it reports what is expected to be a robust half-year profit from revived economic activity and lower provisioning for potential soured loans.

Investors will also parse the bank's performance in wealth management, which Chief Executive Noel Quinn has said is pivotal for the bank's reorientation toward Asia.

A final round of hearings is scheduled in Canada over whether to extradite Huawei Technologies Chief Financial Officer Meng Wanzhou to the U.S. Her lawyers will argue in the three-week session that U.S. allegations used as the basis to detain Meng in Vancouver in 2018 contained misstatements and misleading information.

Sore point: Chinese officials formally requested that the U.S. drop the case as part of a list of demands presented to Deputy Secretary of State Wendy Sherman last week in Tianjin.

China's tech sector crackdown started with Alibaba Group Holding and sister company Ant Group, so investors will be eager to hear from management about the impact of the clampdown on the country's top e-commerce platforms in the April to June quarter.

Ten cornerstone investors who together accounted for almost half the shares sold in Kuaishou's $5.4 billion IPO in Hong Kong in February, including BlackRock, Abu Dhabi's sovereign wealth fund and Canada's pension plan system, will be able to start selling their holdings as lockup restrictions expire.

Shareholders of key iPhone assembler Pegatron will meet in an outdoor parking lot in Taipei due to Taiwan's strict pandemic restrictions. Like its bigger rival Foxconn, Pegatron is scheduled to begin mass producing the newest iPhones in China later this month. Pegatron is also building a factory in Chennai, its first in India.

A resurgence of COVID-19 in Southeast Asia has triggered the shutdown of some of their plants, including Toyota's factories in Thailand.

Video game giant Nintendo will report its earnings for the quarter ended June 30. The company is forecasting a 29% drop in net profit for the year ending March 2022, as the pandemic-fueled gaming boom eases and the popular Switch console faces a slowdown in sales. An improved Switch with a larger, better screen and more internal memory is expected to hit stores this October.

Leading e-commerce platform Bukalapak will debut on the Indonesia Stock Exchange in the first IPO of an Indonesian startup valued at over $1 billion. Interest from investors and Bukalapak's fellow unicorns has been high in the offering of up to $1.5 billion.

South Korea will also see its biggest IPO so far this year, with the start of trading for Kakao Bank. The offering has raised 2.6 trillion won ($2.26 billion) for South Korea's top digital lender, an affiliate of messaging app operator Kakao.

The ASEAN Regional Forum will cap a busy week of meetings for the Southeast Asian bloc, including separate talks with China and the U.S.

Tokyo Gov. Yuriko Koike will hand the Olympic flag to Paris Mayor Anne Hidalgo at the Summer Games closing ceremony. Per tradition, athletes will march together between the flags of Greece, home of the Olympics, and host nation Japan. The Paralympic Games begin two weeks later.