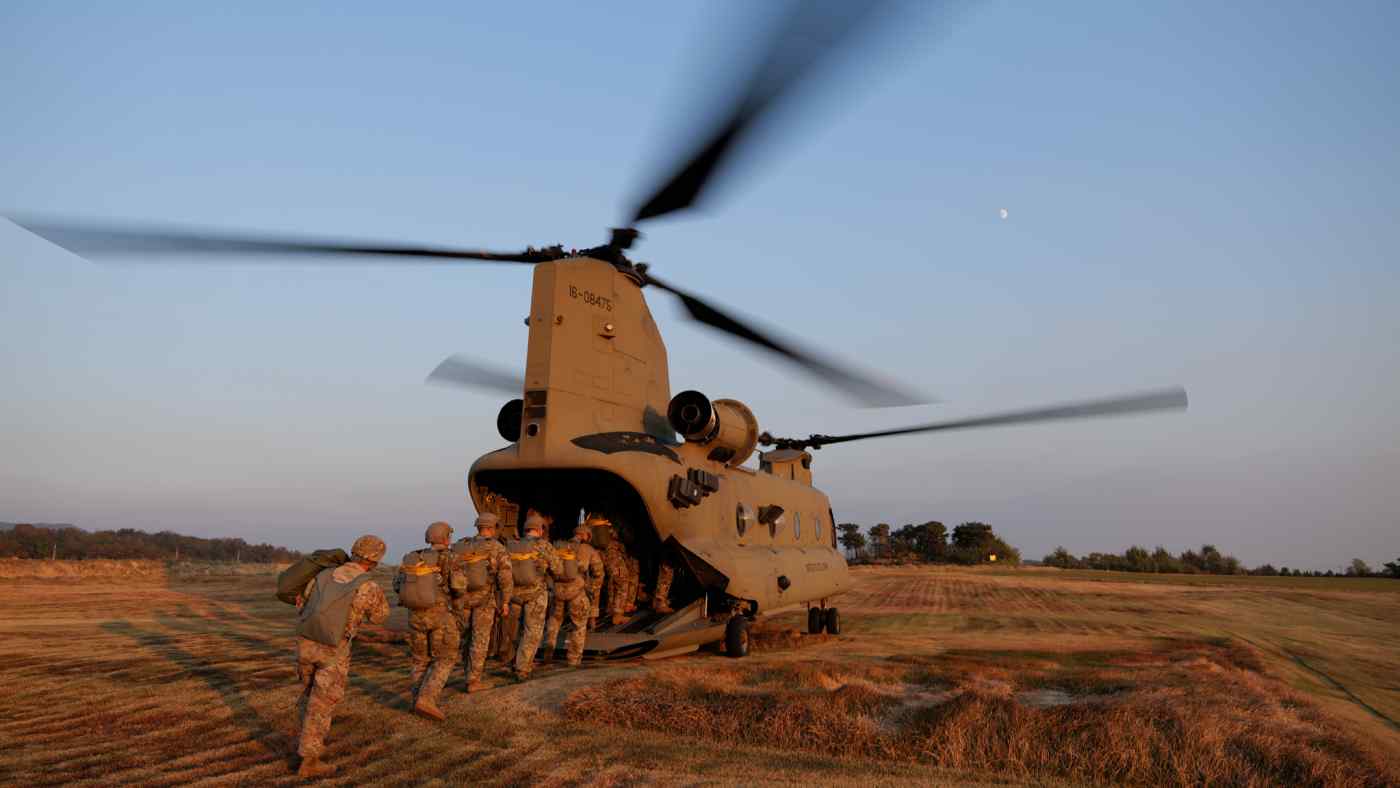 The week begins in Indonesia, where President Joko Widodo will unveil his government's 2022 budget plans during his annual state of the union address on the country's 76th independence anniversary. Indonesia's central bank is expected to hold its benchmark interest rate at 3.5% on Thursday.

Attention shifts to China midweek, where Beijing waits on legislative support to crack down further on tech companies.

Quarterly GDP estimates are due from Japan and Thailand on Monday.

Not amused: Kim has made no secret of his displeasure by declining to return Seoul's calls since the exercise was first reported. His sister Kim Yo Jong called the exercise a "betrayal" by South Korea.

Hong Kong will launch a new body to hear complaints against judges or magistrates as Beijing tightens its grip on the city, raising concerns about the future of judicial independence. Complaints from partisans on all sides have soared since the courts began taking up cases related to the 2019 protests.

Who's who? Led by the city's top judge, the committee includes four of his senior colleagues as well as a lawyer, a college president, a former civil servant and a property developer.

Khieu Samphan, the last surviving senior leader of the Khmer Rouge, will appeal his conviction for his role in the genocide of ethnic Vietnamese in Cambodia in the late 1970s. Khieu Samphan, 90, was head of state for the Maoist dictatorship during its nearly four-year reign of terror, which caused an estimated 1.5 million to 2 million deaths.

Last one standing: Khieu Samphan was jailed for life in 2018 with fellow senior Khmer Rouge commander Nuon Chea, known as "Brother No. 2," who died in 2019. "Brother No. 1" Pol Pot died in 1998 without facing trial.

Sea Group, Southeast Asia's most valuable listed company, has grown exponentially throughout the COVID-19 pandemic but has continued to report big losses from marketing expenses. Investors will watch Tuesday's earnings report for signs the internet company's profitability improved in the June quarter, in the face of growing competition from Singapore's Grab and Indonesia's GoTo Group.

Shareholders of China Huarong Asset Management will have a long to-do list when they gather for an extraordinary shareholders meeting on Tuesday. The distressed debt manager is seeking approval to exit its 70% stake in Huarong Consumer Finance, complete a debt-for-equity swap for Huarong Trust, and change the intended use of $386 million raised through an IPO in 2015 -- among other things.

Background: Huarong, which is majority owned by China's Finance Ministry, has tried to divest noncore assets and shore up its finances since failing to file 2020 annual results.

After the crackdown on Didi and WeChat, a new data privacy law toughening supervision on mobile apps will be among the bills considered by China's top legislative body when it meets Tuesday through Friday.

On the agenda: The Communist Party's Politburo Standing Committee will also deliberate additional clauses to Hong Kong and Macao's Basic Law that would enable local governments to counter foreign sanctions.

Up to 1,000 fully vaccinated people can return to worship services, live performances and spectator sports in Singapore from Thursday. The city-state has fully vaccinated more than 70% of its population and is on track to reach 80% by September. Tourist attractions and cruise ships can also raise capacity from 25% to 50%.

Chinese short video platform operator Kuaishou will shut down Zynn, an app developed for the North American market, at the end of this month, after a failed attempt to impress foreign youth. The app, launched only last year, had been largely viewed as Kuaishou's answer to challenge ByteDance's massively popular app Tik Tok.

Enjoying our newsletter? Share your feedback with us here.