Your weekly roundup of Asia's biggest business and political events The Japanese national flag waves next to an altar with the Olympic flame of the Tokyo 2020 Summer Olympics, following the cancellation of the torch relay in Athens as a precaution against the spread of the coronavirus.   © Reuters
March 22, 2020 19:02 JST | Japan
CopyCopied

As the world adjusts to the new normal of life during a pandemic, governments and businesses are adapting to prolonged quarantines and teleworking. This week, foreign ministers of the Group of 7 countries will meet via video conference, while Huawei launches a new smartphone virtually and the UN's Asia Pacific commission delivers a progress report on the 17 global goals via webcast.

Last week closed with major monetary policy easing by six Asia Pacific central banks, including Japan and Australia. The Bank of Thailand, which was scheduled to convene this Wednesday, decided on a rate cut at an emergency Friday night meeting.

You can keep up with our reporting this week by following us on Twitter @NAR.

Hong Kong has entered the peak earnings season, with around 700 companies scheduled to release their latest results this week. On Tuesday, WH Group, the world's largest pork producer, will hold an online briefing, attended by Chairman and CEO Wan Long. China Telecom, one of mainland China's three carriers, is also holding a teleconference on the same day. PetroChina, one of the big three Chinese oil producers, is set to release its figures on Thursday.

U.S. Secretary of State Michael R. Pompeo will host his counterparts from Canada, France, Germany, Italy, Japan and the U.K. on Tuesday. Pompeo had originally planned to hold the meeting in Pittsburgh, but due to the coronavirus and travel restrictions foreign ministers will meet via video conference through Wednesday.

SOHO China's response to a private equity firm's buyout proposal will be the focus on Wednesday when the commercial property developer reports 2019 earnings.

Background: Earlier this month, the company said in a stock exchange disclosure that it was discussing a sale with overseas financial investors.

The Bangkok-based United Nations Economic and Social Commission for the Asia-Pacific is expected to deliver a grim assessment of Asia's progress toward sustainable development goals.

What are the SDGs? In 2015, 193 countries pledged to achieve 17 goals by 2030, including eliminating poverty and hunger, universal health and education, and sustainable energy and infrastructure.

Where is Asia falling behind? Gender equality, sustainable production and climate action.

Why it matters: Several Asian countries, including Japan and the Philippines, consistently top global risk indexes for extreme weather events due to climate change. Huawei will launch the P40 series in an online event on Thursday, after plans to hold a grand debut in Paris were cancelled due to the coronavirus.

What's in it? Due to U.S. blacklisting, Huawei's new premium phone will still lack support from Google Mobile Services, including YouTube and Google Maps.

Background: The world's second largest smartphone maker is likely to report its first-ever shipment decline this year, as the industry faces macroeconomic headwinds and uncertainties brought by COVID-19. Worldwide shipments for 2020 are projected to drop by 10%, or 100 million units, according to U.S. research company Strategy Analytics, as the outbreak wreaks havoc on supply chains and consumer sentiment.

Key iPhone assembler Pegatron will release October to December earnings and 2019 results on Thursday and give an update on its plan to resume production in China. Pegatron's quarterly earnings are expected to grow year-over-year due to better than expected sales of the iPhone 11. The assembler, however, whose manufacturing hub is in China, has seen its supply chain disrupted by the coronavirus.

The Olympic torch relay will start in Fukushima Prefecture, north of Tokyo, on Thursday, after the flame arrived in Japan last week. The event comes amid persistent speculation over a postponement of the Tokyo Olympics. Organizers insist the games will start as planned on July 24.

What's the plan? Torchbearers, including Japan's world champion women's soccer team, will run across Fukushima and visit the coastal areas devastated by the 2011 tsunami.

Stay at home: The organizing committee is urging spectators to refrain from crowding around the relay route and watch the relay from home instead. The Greek leg of the relay was prematurely halted after fans in Sparta crowded around a torchbearer, the actor Gerard Butler, sparking concerns about the spread of COVID-19.

More: As Olympic qualifying events are cancelled, some athletes look past Japan to 2024.

Investors will have a chance to look into the impact of the coronavirus outbreak on the luxury travel sector as Shangri-La Hotels and Resorts and Genting Hong Kong, which operates Crystal Cruises, report annual earnings on Thursday. The cruise industry in Asia has ground to a halt, and prestige hotels saw a sharp drop in occupancy as people stay home to avoid the coronavirus.

More: The operator Princess Cruises suspended operations after an outbreak aboard one of its vessels, the Diamond Princess, left thousands stranded for weeks at the Port of Yokohama.

On Sunday, Haneda International Airport will inaugurate the extension of Terminal 3, which serves international flights. Additionally, Terminal 2, which is currently dedicated to domestic flights, will begin partially serving international traffic.

What else is new? The airport also plans to introduce a facial recognition system for check-ins in the first half of 2020. But the pandemic has forced tenant airlines to ground a majority of their planes, putting the renewed airport into trouble from the get-go.

More: Following many Asian carriers, ANA is reducing 80% of its planned international routes from March 29 to April 24. The Japanese airline had planned a fleet expansion, taking advantage of the increased landing slots at Haneda. 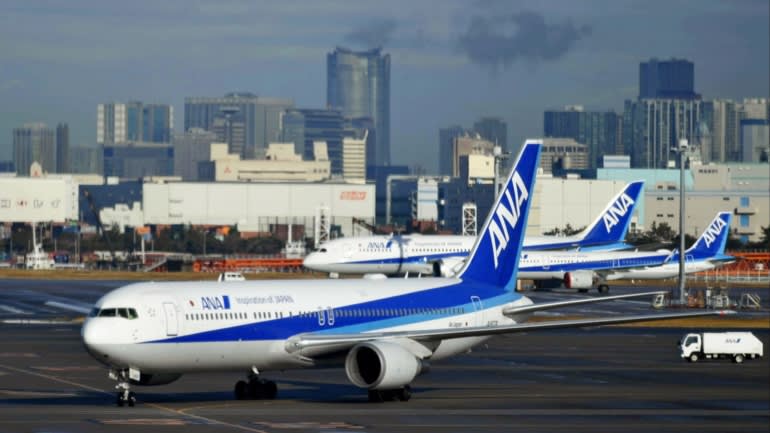