As China prepares to ring in the Year of the Rat, travelers are on high alert for symptoms of a pneumonia virus that has spread in the city of Wuhan, a major transport hub. Nearly 3 billion passenger trips were made during last year's holidays.   © Reuters
January 19, 2020 21:20 JST | China
CopyCopied

The case of Meng Wanzhou, the chief financial officer of Huawei Technologies who is charged with misleading banks about the company's business in Iran, has become a tinderbox for Canada, bringing it into the middle of U.S. tensions with China and Iran.

The burden is on Canada's attorney general to prove that the crime Meng is accused of -- committing fraud to violate U.S. sanctions against Iran -- is also a crime in Canada, before the country can extradite her to its southern neighbor. Meng's lawyers have argued that fulfilling the U.S. extradition warrant would undermine Canada's policy toward Iran. The American Chamber of Commerce in Hong Kong will lay out its priorities for 2020 on Monday. AmCham was particularly vocal last year in urging the territory's government to drop or delay the now withdrawn proposed extradition bill.

The group, which has about 1,400 members, says it "hopes to take a lead in refocusing Hong Kong for a new era, including building a workforce for the future, private public partnership with the government and dialogue" with the U.S.

Prime Minister Shinzo Abe will deliver his annual policy speech on the first day of this year's parliamentary session.

Parliament's pulse: During the 150-day session, the lawmakers will discuss the government's annual budget, which will include another stimulus package, and proposed bills for 5G communications networks in Japan.

Go deeper: Will Abe risk it all for constitutional revision, or focus on picking a successor?

Marking the 50th anniversary of the World Economic Forum, political and business elites from around the globe will gather in the Swiss village of Davos to discuss the central topic of stakeholder capitalism.

Who's on the guest list? U.S. President Donald Trump will deliver a speech on Tuesday after skipping the conference last year. Three hours later, it will be the turn of Chinese Vice Premier Han Zheng. Also speaking is Huawei chief executive Ren Zhengfei, a day after his daughter Meng Wanzhou's extradition hearing. 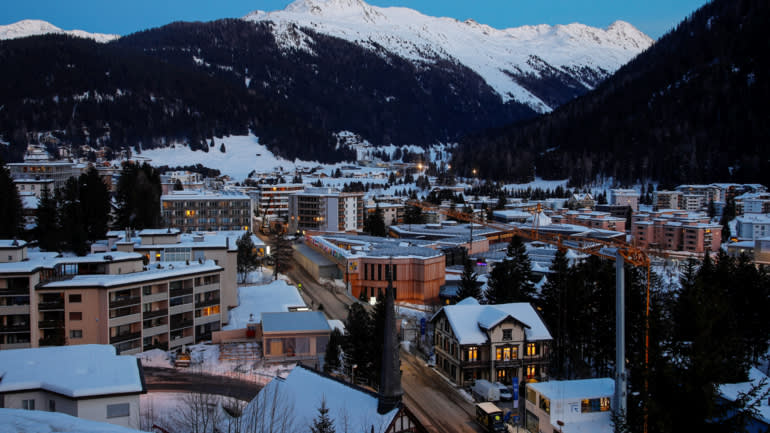 The ski resort town of Davos, Switzerland, where political and business elites convene every year for the World Economic Forum.    © Reuters

Thailand's constitutional court will pass down a verdict on the Future Forward Party, which may lead to its disbandment. The petition claims that the opposition party, founded by young millionaire Thanathorn Juangruangroongkit, has attempted to undermine the kingdom's constitutional monarchy.

Why it matters: Some see the development as a clampdown against the anti-military party by the pro-military government. Founded in 2018, the party has become the second-largest opposition group in Thailand, with over 50,000 members.

Interview: Thanathorn told Nikkei this month that repression would only feed the Thai public's anger

Taiwan is scheduled to release fourth quarter and annual gross domestic product figures on Tuesday. The island's third-quarter growth of 2.91% outpaced Asian peers such as Singapore, Hong Kong, and South Korea, which releases its data on Wednesday.

The U.S.-China trade war has pushed Taiwanese companies to shift investments back to the island from the mainland, while exports from Taiwan to the U.S. grew in light of Washington's tariffs on Chinese goods.

The Bank of Japan is expected to publish a positive forecast for Japan's economic growth, in response to a major fiscal spending program unveiled by the Abe government at the end of last year. But the central bank is likely to keep monetary policy unchanged.

A look back: Japan stimulus package swells to $120bn in Abenomics reboot

Monetary policy meetings will also be held in Malaysia on Wednesday, and Indonesia on Thursday.

India's Supreme Court will hear petitions challenging the constitutional validity of the country's new citizenship law, which grants citizenship to non-Muslims from three surrounding countries. The law, which is viewed as discriminatory against Muslims, has sparked nationwide protests.

The International Court of Justice will rule this week on a request for a restraining order against Myanmar. The order would protect Myanmar's Rohingya population until a case brought by Gambia alleging genocide against the Muslim minority is heard in full.

A family affair: Chang, the youngest son of late founder of EVA Air, was forced to leave the company in 2016. 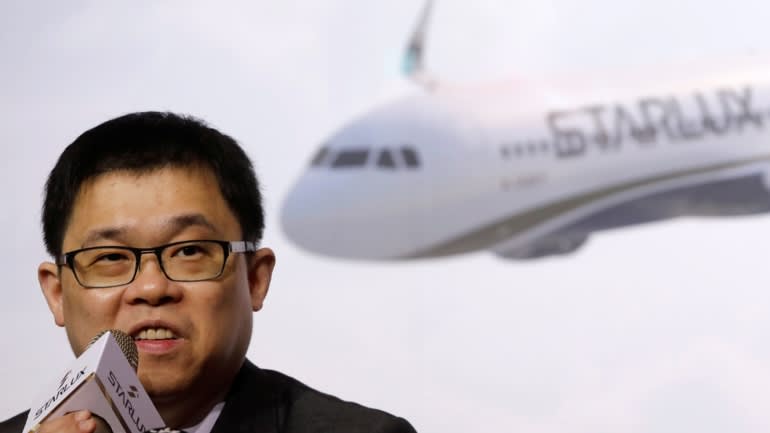 The annual mass movement of people returning to their hometowns for the Lunar New Year is expected to peak this weekend, as China celebrates its Spring Festival from Jan. 15 to 30. Authorities expect 2.46 billion trips by road, 413 million by rail and 73 million by air.

Worries of contagion: The celebration for the Year of the Rat comes amid the spread of a new coronavirus. The number of deaths rose to at least two by Thursday and more have been hospitalized in the mainland, Hong Kong, Japan and Thailand.