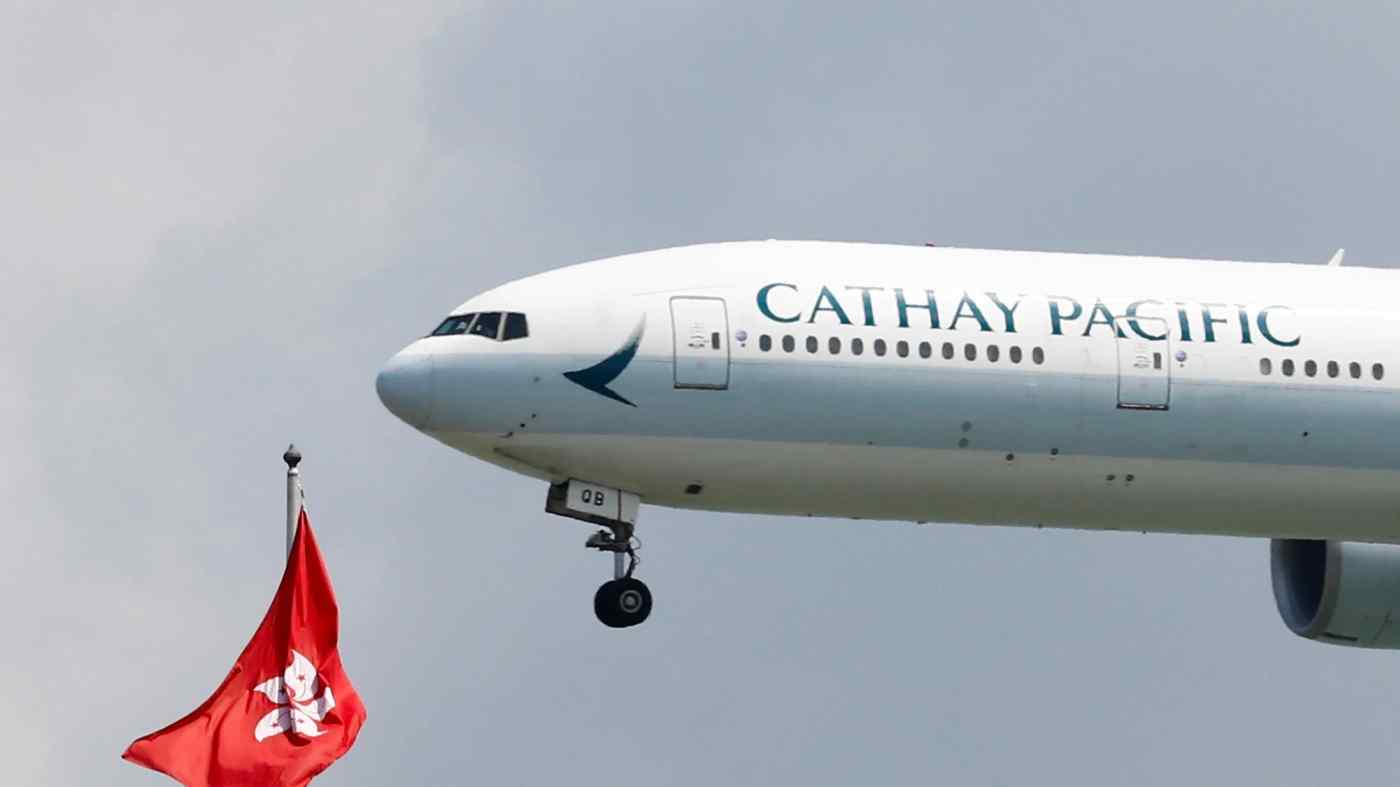 A Cathay Pacific plane flies over the flag of Hong Kong. The airline and its parent Swire Pacific will post annual results this week.    © Reuters
March 8, 2020 19:09 JST | Japan
CopyCopied

Business in the Chinese province of Hubei is set to resume this week, ending a government-imposed lockdown in place since Jan. 23. Hubei’s capital, Wuhan, was the epicenter of the coronavirus outbreak. Business hasn't entirely stopped, however, as revealed by our exclusive report last week that Beijing quietly permitted some tech companies to resume production despite the quarantine.

The fast-spreading disease has put a halt to several spring events in Japan, including Chinese President Xi Jinping's state visit, cherry blossom viewing parties and public commemorations of the March 2011 earthquake. Wednesday marks nine years since the earthquake and an ensuing tsunami devastated eastern Japan. Last week, the outbreak in Japan cast doubt on whether this summer’s Tokyo Olympics will begin on schedule -- or if they will happen at all.

Keep up with our reporting all week by following us on Twitter @NAR.

China on Tuesday will release its consumer price index for February, a month when much of the country was paralyzed by efforts to contain the coronavirus.

On the same day, the U.S. Chamber of Commerce in China will release a business climate survey gauging the impact of the Phase One trade deal and the investment direction of the chamber’s member companies.

Major Japanese corporations will make wage offers to trade unions as part of an annual negotiating round known as shunto. Unions are demanding raises of around 3%, but employers are citing the coronavirus outbreak as a reason to be cautious. Prime Minister Shinzo Abe has made a personal appeal to business leaders to give raises to help boost the Japanese economy. 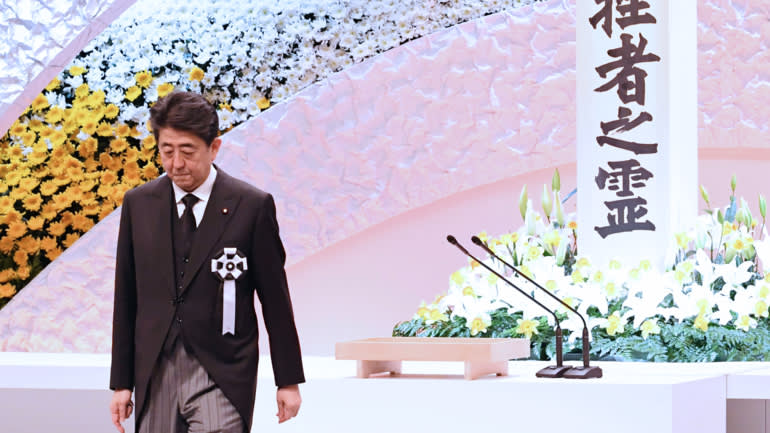 Japan's government has canceled public gatherings such as the commemoration of the 2011 earthquake, which Prime Minister Shinzo Abe attended last year. (Pool photo)

Cathay Pacific Airways will detail just how much the deadly coronavirus has hurt its business when it announces its annual results on Wednesday. Hong Kong media reported that the city’s flagship carrier slashed about three-quarters of its flights in March.

Protest plunge: Analysts are wondering whether the airline was able to squeeze out a profit in 2019, when prolonged anti-government protests severely dented travel to Hong Kong.

Bottom-up effects: Cathay’s results will have implications for its parent, Swire Pacific, which announces results on Thursday. Swire’s trading and shipping businesses suffered a tough year amid the U.S.-China trade war.

One of Hong Kong’s largest developers, Wheelock & Co., will shed light on its $6 billion privatization bid after it releases its results. Property tycoon Peter Woo and his family, who already own 70% of Wheelock, plan to take the conglomerate private by acquiring all remaining shares at a 52% premium. Market watchers expect the proposed privatization to boost shareholders’ returns and dividend income.

The Monetary Authority of Singapore will release its quarterly economic survey results, which are based on private sector economists' expectations for GDP and other major macroeconomic indicators.

The government downgraded its official GDP forecast last month, saying it expected a growth range of -0.5% to 1.5% for this year. Singapore had expected to see a modest pickup in global growth in 2020, but the outbreak of the coronavirus disease dampened its outlook.

A rescheduled White House meeting to decide possible new U.S. restrictions on equipment sales to Huawei and China will be held on Wednesday.

Asia-focused insurer AIA reports full-year earnings on Thursday with the attention on growth in new business value amid months of anti-government protests in Hong Kong and the coronavirus epidemic roiling its main markets. For the September quarter, the company reported overall new business value climbed 1% to $980 million, AIA’s smallest ever expansion.

Why it matters: New business value measures expected profit from new premiums and is a key indicator of growth.

The chief executive of London-based Independent Franchise Partners (FP), an investor in Japanese beer giant Kirin, will hold a news conference on Friday. The group is demanding that Kirin choose outside directors nominated by FP and focus on its core brewery business by selling off its health and nonalcoholic beverage businesses.

Takanawa Gateway Station, operated by East Japan Railway (JR East), is the first major overground train station to open in central Tokyo in half a century. It is expected to be a showcase of cutting-edge technology in Japan during the Tokyo Olympics, featuring cashierless stores and guide robots, as well as patrol and cleaning robots.

Related: Bullet trains operated by JR East and two other operators will roll out e-ticketing this weekend. The Takanawa Gateway Station in Tokyo will open on March 14.   © Kyodo