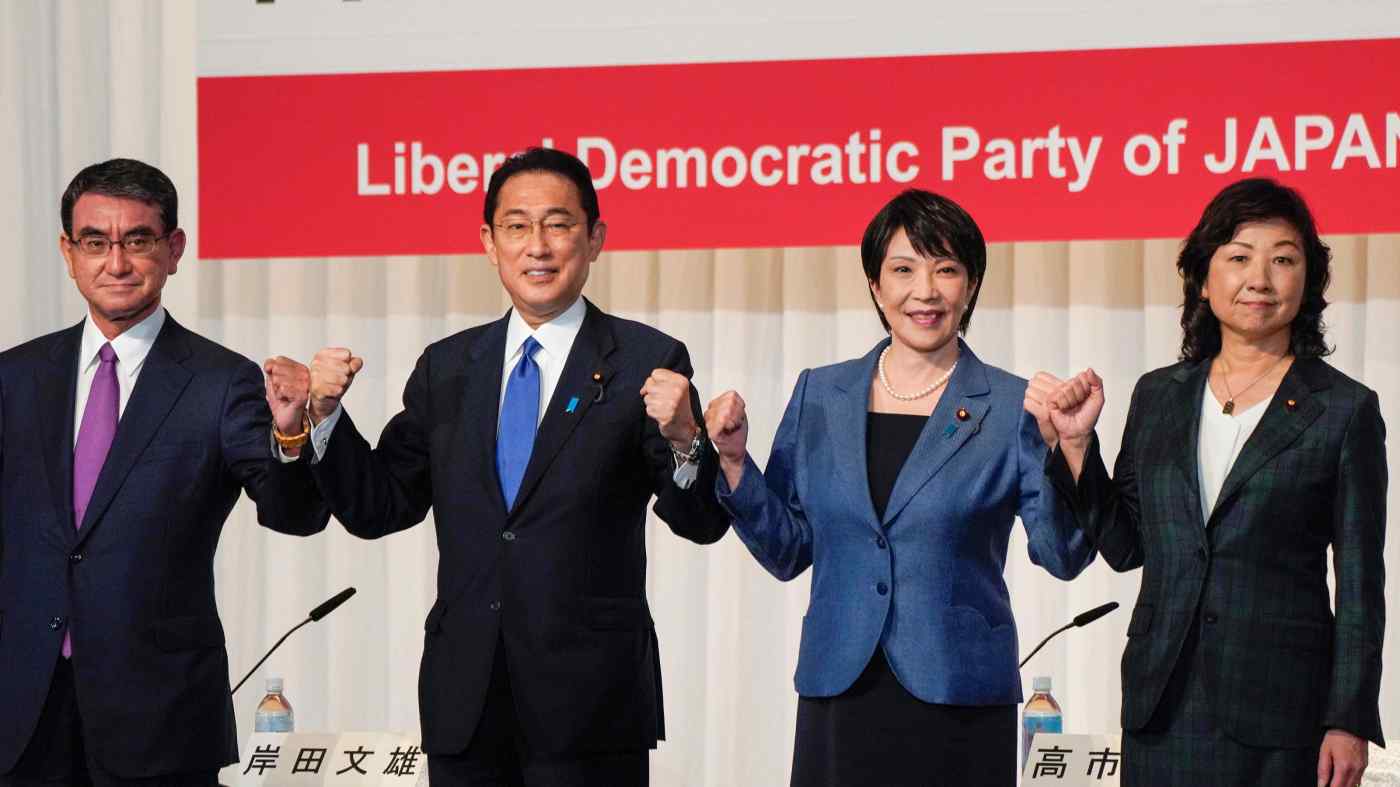 China enters the Golden Week holiday on Friday, just as new regulations kick in requiring data from electric and autonomous vehicles to be stored within the country. Japan will know by midweek who will be its next prime minister, while one of the world's key gaming conventions opens in Tokyo.

A delegation from the European Union will arrive in Sri Lanka to review trade concessions given to the island nation in 2017. The European delegates will meet with stakeholders from the government, opposition, industry and trade unions, and will submit a report to the European Parliament early next year to determine whether to continue the concessions in light of human rights concerns.

Background: Sri Lanka received the concessions in return for a commitment to ratify and implement 27 international conventions on human and labor rights and environmental protection. But President Gotabaya Rajapaksa has been accused of rolling back post-war obligations, a decade after the civil war ended in 2009. Rights groups also accuse his government of using a draconian terrorism law to stifle dissent and arrest activists.

Japan's ruling Liberal Democratic Party will vote for a new leader ahead of general elections this autumn. With an LDP-led coalition controlling both houses of parliament, the winner of the leadership race is certain to succeed Yoshihide Suga as prime minister.

In the lead: Two former foreign ministers, Fumio Kishida and Taro Kono, are neck and neck in the four-way race. But don't expect a dramatic shift in policy, no matter who gets elected.

Catch up on our coverage of the leadership race.

Hong Kong's Legislative Council is expected to vote on amendments to the city's personal data laws to strengthen penalties and tools for fighting "doxxing," or the improper sharing of others' personal information online. A lobby group representing Facebook, Google and other international tech companies has raised concerns about clauses in the bill. But with no opposition legislators left, the bill looks set to sail through.

Chinese e-commerce giant JD.com debuts its first brick-and-mortar mall in the central city of Xian, expanding its online shopping experience as competition with Alibaba and Pinduoduo heats up. The five-story mall with a floor space of 42,000 square meters will offer some 200,000 goods including home appliances, furniture and auto accessories.

The gaming convention known as TGS has historically fueled stock trading, and this year may not be any different. Hundreds of companies will showcase their latest titles online as Tokyo Game Show incorporates virtual reality, allowing online attendees to see their favorite characters and visit exhibition booths through VR headsets.

Beijing's latest tool to strengthen oversight of society and business kicks in on Friday, this time affecting the country's growing electric vehicle sector and autonomous driving operators. Both local and foreign companies will be required to store all personal information of users as well as data involved in automobile production within China.

Regulatory risk: Analysts have raised concerns about the potential harm to vehicle owners and passengers in the event of a data leak or information abuse.

Why it matters: China's rules could squeeze overseas development of self-driving tech.