Outside the presidential palace, demonstrators called for Bolsonaro to "go back." Among them were sugar farmers protesting a World Trade Organization investigation on India's sugar subsidies initiated by Brazil, and human rights activists demanding justice for their Brazilian peer Marielle Franco, who was assassinated in 2018.

The two premiers, both from the strongman school of leadership, also held high-level talks in New Delhi to enhance bilateral cooperation on energy and trade. Is the worst of India’s car slump over? The country's top-selling carmaker Maruti Suzuki India, majority owned by Japan's Suzuki Motor, will give some clues today when it releases third-quarter earnings. India 's automobile industry is struggling to recover from its worst-ever downturn in 2019, which forced companies to cut production and slash tens of thousands of jobs.

After its stock price more than doubled within a year -- rising more than 30% in the past three months alone -- Apple is expected to report first-quarter results for the fiscal year 2020 on Tuesday at 2 p.m. PST (Wednesday at 7 a.m. JST).

Analysts and investors are closely watching if the U.S. smartphone maker can live up to bullish expectations of iPhone 11s sales. The growth may be driven by smartphone sales in the China market and the services and wearable sectors, as Apple tries to diversify revenue stream to become less iPhone-dependent.

Just how much the Wuhan virus scare has affected the world’s biggest annual travel season should become clear on Thursday, when Chinese officials will publish estimates of how many domestic and international trips citizens took over the Lunar New Year holiday -- and how much they spent.

In early January, authorities had projected citizens would take 440 million train trips and about 79 million plane trips -- but that was before transport links with the hard-hit city of Wuhan were cut last week.

On the same day, top executives of Las Vegas Sands, which holds the largest market share among casino operators in Macao, the world’s busiest gambling hub, are due to give a quarterly update. Analysts will be listening for word on how much the virus is dampening action at the tables in Macao, which has already confirmed cases of viral infection among travelers arriving from Wuhan. 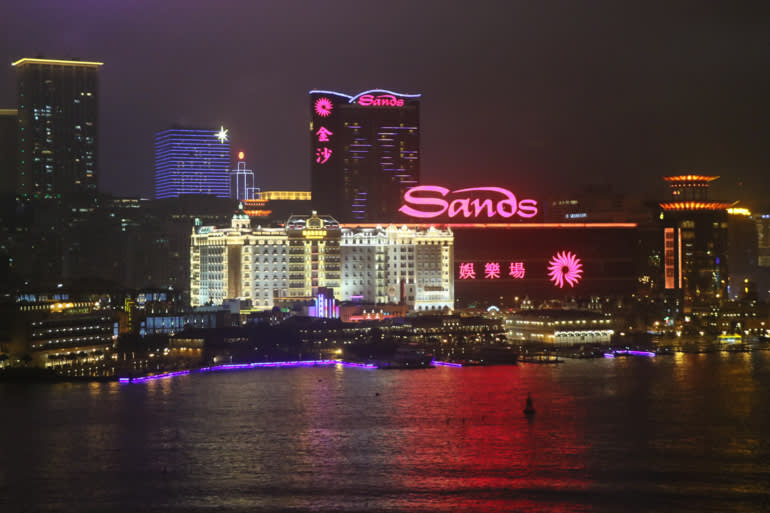 Samsung suffered from a downturn in semiconductor business in 2019, but analysts say it may rebound this year as memory chip prices have hit bottom. Whether Vice Chairman Lee Jae-yong will be arrested again on charges of bribery is another issue weighing on the company.

Background: Can Samsung stay on course?

Analysts will be listening for updates on Naver's plan to set up a joint venture between its Japanese subsidiary Line and SoftBank Group's Yahoo Japan. The venture would create a digital payments challenger to Google, Alibaba and Tencent. But Naver is already in the crosshairs of Seoul's antitrust regulator.

China appears set to report upbeat numbers in its official monthly manufacturing purchasing managers’ index. Year-end GDP figures released earlier this month and the signing of U.S.-China “phase one” trade deal have led economists to nudge their expectations for economic growth higher on signs of a nascent recovery in industrial activity. But the Lunar New Year break and spreading worries about the Wuhan virus may weigh on respondents' sentiment.

Like Samsung, SK Hynix bore the brunt of memory chip woes in 2019, but expects a turnaround this year. Meanwhile, LG Display is embarking on a transformation of its business structure to focus on high-tech OLED, after Chinese players caught up on cheap LCD technology.

The United Kingdom on Friday will finalize its divorce from the European Union. When Prime Minister Boris Johnson gets past the pomp and ceremony of the occasion, he will have some big calls to make. Johnson will be free to negotiate a trade deal with the European bloc, as well as with the U.S., China, Japan and a host of potential partners.

Why it matters to business: Perhaps Johnson's first call will be whether to allow Huawei to participate in building Britain's 5G network. While Johnson himself asked earlier this month "What's the alternative?," he's under pressure from U.S. President Donald Trump to ditch the Chinese tech giant over national security concerns. Washington has threatened to end intelligence sharing if London proceeds with Huawei.

Why it matters to Asia: Japanese and other companies across Asia are watching carefully to see what kind of deal the U.K. can strike with the EU, as it directly impacts investment in Britain.

India's budget for the financial year starting in April will be announced on Saturday. An economic slowdown has put pressure on the government of Prime Minister Narendra Modi to take immediate steps to stimulate demand.

A day prior, the Finance Ministry will table in Parliament its annual Economic Survey, providing a detailed account of the state of the Indian economy.