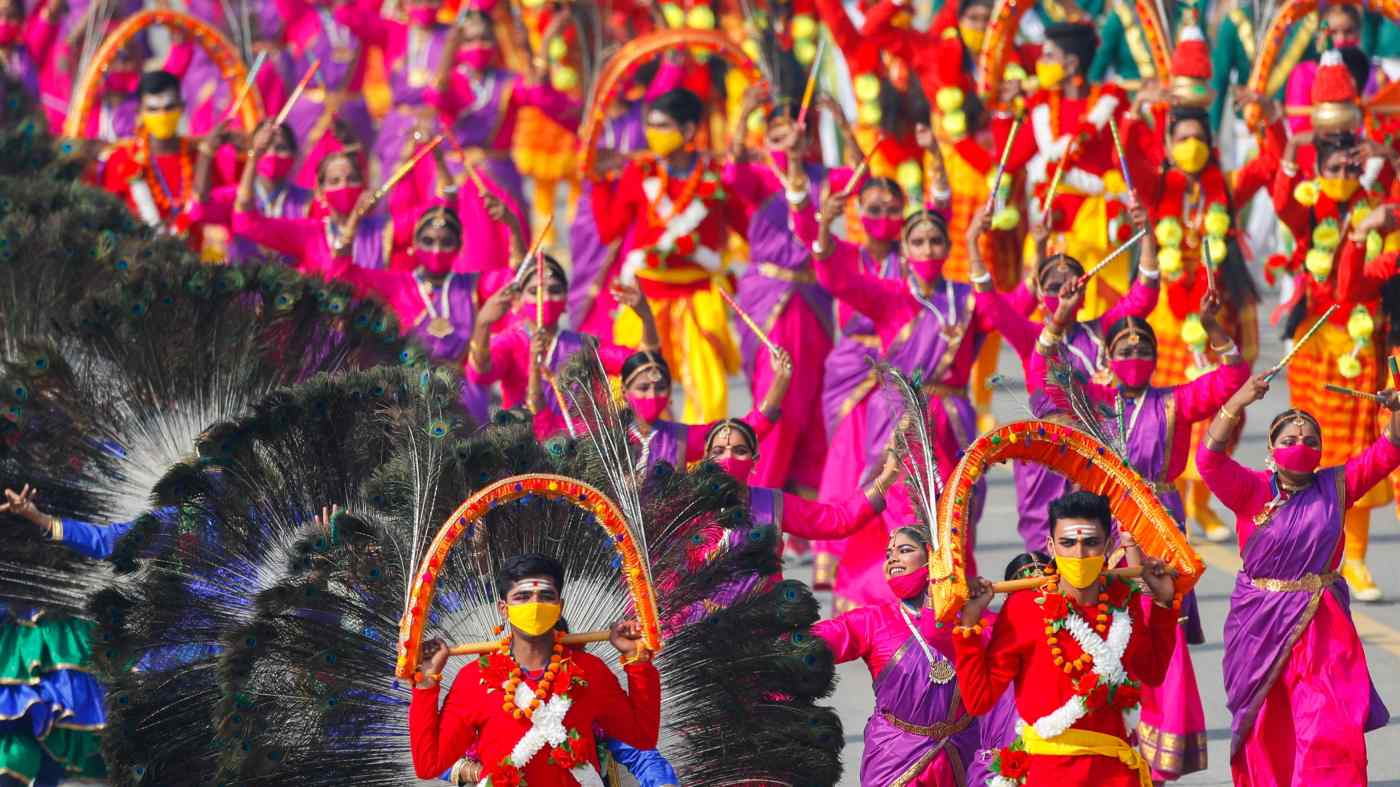 Besides a slew of GDP and company earnings announcements, the India-Central Asia Summit is set to take place in the middle of the week. On the same day, LG Energy Solution, the world's second-biggest electric vehicle battery maker, will list in Seoul after raising over $10 billion in South Korea's largest-ever IPO.

A bill of proposed changes to Macao's gaming regulations will be discussed in the territory's legislature. The draft bill was published days after authorities outlined plans to halve the duration of gaming concessions to 10 years and tighten junket operations. Gaming operators were relieved to see a controversial suggestion to include a government representative at each concessionaire was not added in the amendments.

The six current casino licenses are set to expire in June, but officials have said they may extend the operating rights until the law is passed and promulgated.

India celebrates its 73rd Republic Day, commemorating the enforcement of the country's constitution. But for the second year in a row no foreign leader will attend as chief guest, owing to the coronavirus pandemic.

However, Prime Minister Narendra Modi will host the first India-Central Asia Summit a day later (on Jan. 27). It will be in a virtual format, with the presidents of Kazakhstan, Kyrgyzstan, Tajikistan, Turkmenistan and Uzbekistan. The leaders are expected to exchange views on subjects including Afghanistan and the wider regional security situation.

SoftBank Group's Japanese affiliate Z Holdings will lay out its strategy for "quick commerce" -- fast delivery of groceries and household goods. This business model has surged in popularity globally during the pandemic. Last year, Z invested about $290 million in Demae-can, a food delivery company that has been ramping up competition with Uber Eats.

LG Energy Solution is due to debut on Seoul's stock market, with a target of raising 12.8 trillion won ($10.8 billion) in what will be the largest initial public offering in the country's history. If all goes well, LG Energy's market capitalization could hit 70.2 trillion won, vaulting it into the No. 3 position on the benchmark Kospi index after Samsung Electronics and SK Hynix.

Country Garden Holdings, the largest Chinese residential developers by sales, is facing the maturity of $425 million of bonds issued in September 2018. Unlike some other Guangdong-based peers which have missed their payments and are deemed to be in default, the company is rated as "investable" by Fitch Ratings and Moody's Investors Service.

The company plans to issue convertible bonds with a principal of 3.9 billion Hong Kong dollars ($500 million). It has said the proceeds will be used to refinance existing medium and long term offshore debts -- but not for the bond that will mature on Thursday. That, according to Country Garden, will be settled using "internal resources."

China's embattled Ant Group is due to officially close its Xianghubao mutual aid platform, which has accumulated more than 100 million registered users since its launch three years ago. The move is a response to Beijing's tighter scrutiny of financial services in the technology sector.

Ant has been restructuring its operations since Beijing abruptly called off its $35 billion IPO in November 2020. But the restructuring doesn't appear to have been smooth. Earlier this month, Chongqing Ant Consumer Finance, a consumer finance unit established to meet the restructuring requirements, said it would search for new partners. The announcement came after three investors, including a state-owned company, pulled out of a capital-raising plan less than a month after it was unveiled.