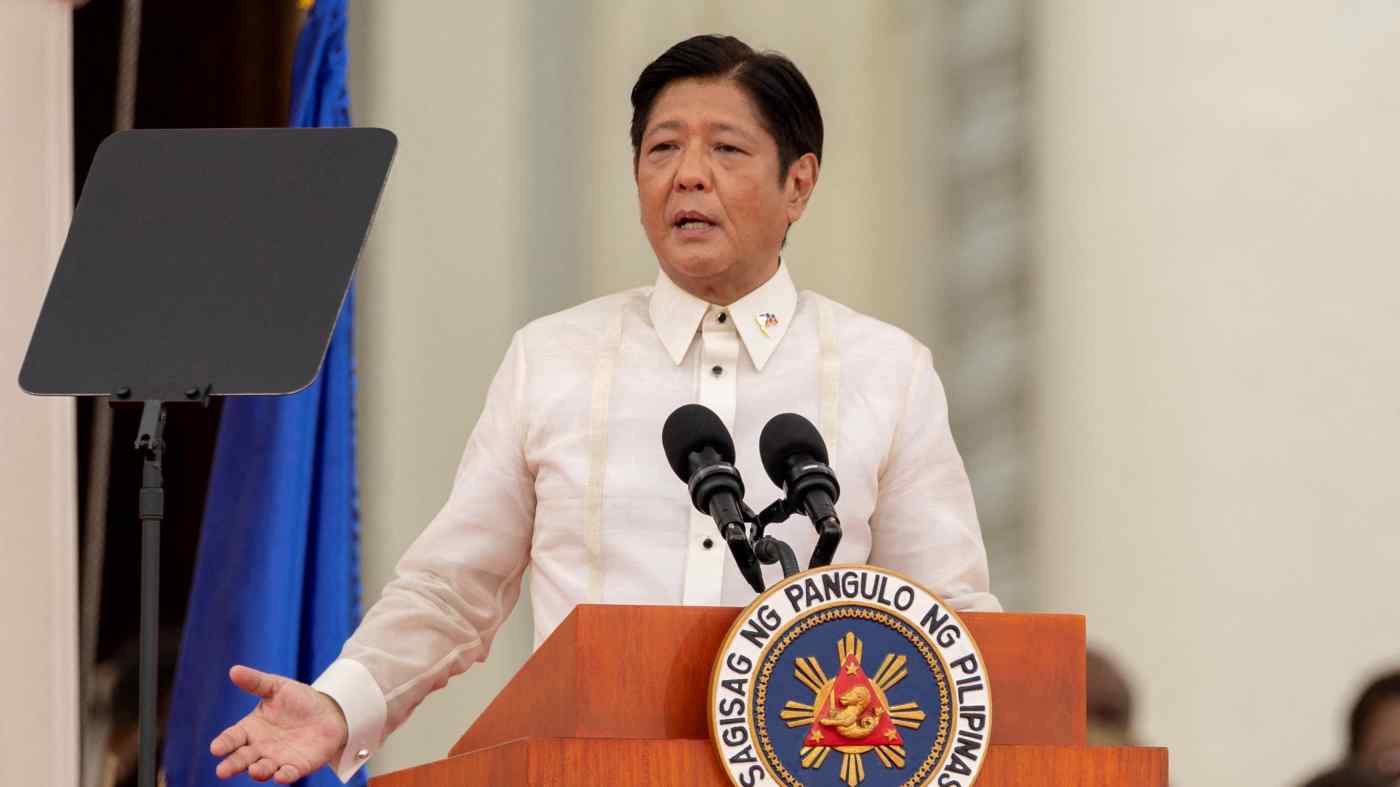 The Philippines new president, Ferdinand Marcos Jr., will give his first State of the Nation address on July 25 and is expected to lay out his plans to speed the country's recovery from the pandemic.
July 24, 2022 18:03 JST | Japan
CopyCopied

Separately, U.S. President Joe Biden said on July 20 that he is likely to have a call with Chinese President Xi Jinping in the next 10 days.

The Philippines' new president, Ferdinand Marcos Jr., delivers his first State of the Nation address before lawmakers. In his speech, Marcos is expected to detail his economic and infrastructure road map at a time when a soaring inflation is complicating the country's recovery from the pandemic.

Taiwan starts a week of annual military exercises, which will take place against a backdrop of increasing Chinese military activity, including warplane sorties near the island. The "Han Kuang" exercises will this year include repelling an invading force at a major harbor in Taipei.

The China International Consumer Product Expo 2022 kicks off with some 1,600 brands from 61 countries jostling to win a share of the country's household spending, which has been subdued by sporadic COVID-19 lockdowns in recent months. In its second installment, the weeklong fair will be held on tropical Hainan Island, which China is promoting as a duty-free destination backed by its free trade port.

Indonesian President Joko Widodo will begin a swing through East Asia, meeting his Chinese counterpart, Xi Jinping, in Beijing, before heading for Tokyo on Wednesday to meet Japanese Prime Minister Fumio Kishida. His last stop will be Seoul, where he will be received by South Korean President Yoon Suk-yeol on Thursday. Indonesia currently holds the G-20 presidency and Widodo will seek to lay the groundwork for the summit to be hosted in Bali in November.

The IMF will update its global economic outlook, which IMF Managing Director Kristalina Georgieva says "has darkened significantly," citing the war in Ukraine and persistent inflation as two of the biggest causes for the downgrade. The fund's most recent update in April forecast 3.6% growth worldwide in 2022.

India holds its first-ever auction of 5G spectrum. The government plans to auction 72 gigahertz of spectrum, worth 4.3 trillion rupees ($50.1 billion), valid for 20 years. The auction is expected to draw aggressive bidding by India's top telecom company, Reliance Industries' Jio, as it looks to expand its lead over rivals Airtel and Vodafone.

Foreign and economic ministers from Japan and the U.S. meet for an economically focused "two-plus-two" dialogue. The agenda will likely include the Indo-Pacific Economic Framework for Prosperity and looming concerns over a global economic downturn. The framework was established in January to deepen cooperation on supply chains and tech development. The two allies are also expected to discuss in detail their response to China's strategic rise.

Airbnb shuts down in China

Airbnb pulls out of China, ending a six-year venture, with the second half of the year complicated by the country's strict mobility restrictions due to COVID-19. The U.S. home-sharing provider is among a number of foreign internet companies, including LinkedIn and Yahoo, that have ceased operations in China as the country tightens regulations.