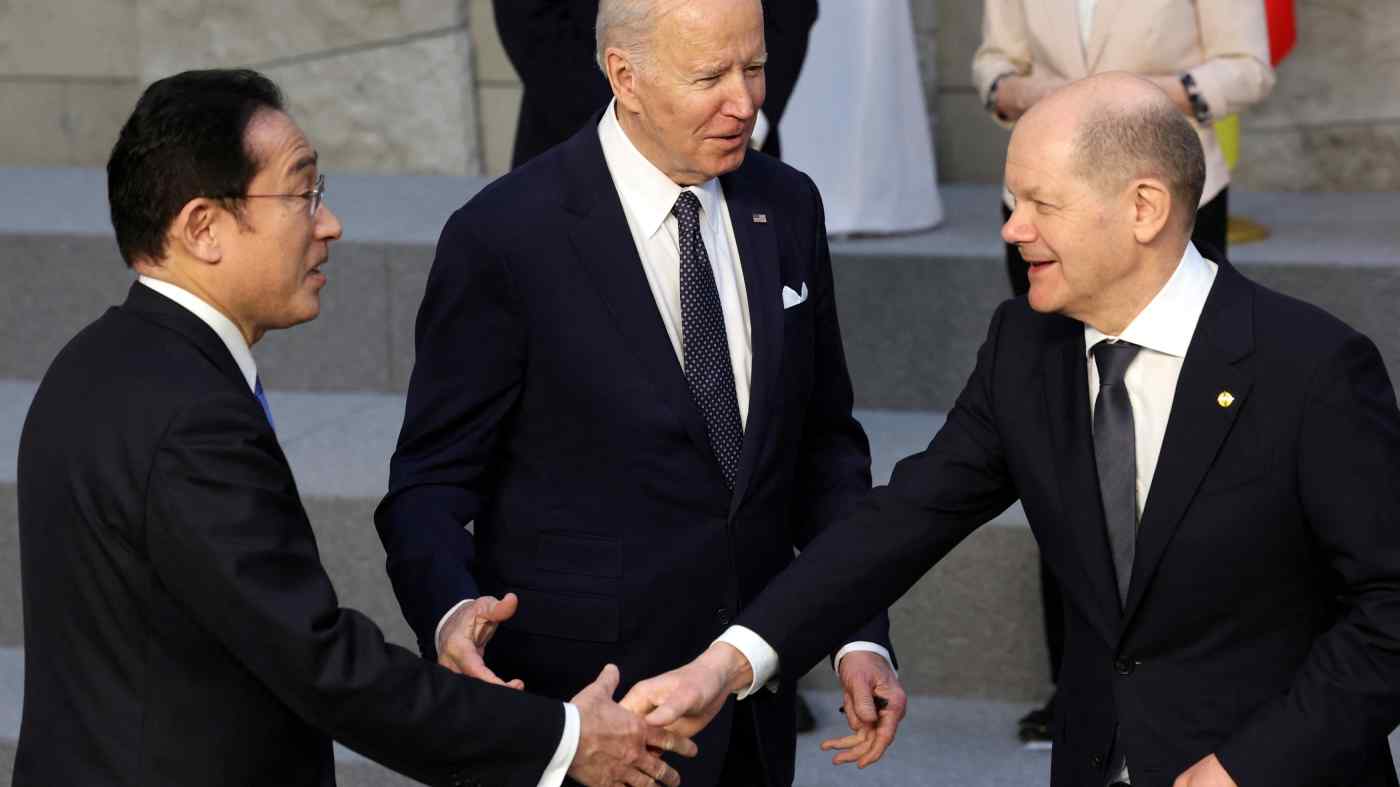 Major companies across the globe are reporting earnings this week. Other than that, India will gather political and business leaders in New Delhi for its premier conference, the Raisina Dialogue. German Chancellor Olaf Scholz will visit Japan to meet Prime Minister Fumio Kishida. New Zealand is set to open its doors to vaccinated visitors from over 50 countries, starting from the weekend.

The three-day Raisina Dialogue -- India's flagship annual conference on geopolitics and geoeconomics -- kicks off. Jointly organized by the country's Ministry of External Affairs and New Delhi-based think tank the Observer Research Foundation, the conference will be inaugurated by Indian Prime Minister Narendra Modi. European Commission President Ursula von der Leyen will be the chief guest at the opening session.

British-based advocacy group Hong Kong Watch will publish a report on the state of Hong Kong's press freedom, amid a sweeping crackdown on civil liberties. The report draws on interviews with 10 journalists in exile and media reports on the events.

Hong Kong was once a bastion for press freedom in the region and an Asian base for many foreign news organizations. Now, more than a dozen journalists and editors have been arrested and at least three independent newsrooms shut down since Beijing imposed a sweeping national security law. Authorities also hinted they would introduce a "fake news" law, purportedly to combat disinformation. Critics say such a move would further stifle media freedom.

51job, a Chinese employment search portal operator, is calling an extraordinary general meeting of shareholders to vote on a buyout offer made by a consortium including its co-founder and chief executive Rick Yan. The consortium's latest proposal is to pay $61 per share in order to delist the company from the Nasdaq. The offer price was slashed from $79.05 in March, against a backdrop of deteriorating economic conditions and tightening regulatory policies in China. The company's move to seek a voluntary exit coincides with Washington listing more Chinese entities for a possible forced ejection from the U.S. stock market.

German Chancellor Olaf Scholz visits Japan until Friday to meet Prime Minister Fumio Kishida. The two are expected to discuss Russia's invasion of Ukraine and other global matters. "Through Chancellor Scholz's visit to Japan, we hope to deepen our relations with Germany, a country with which we share fundamental values -- and an important partner of ours in responding to issues in the international community," Japan Chief Cabinet Secretary Hirokazu Matsuno said at a news conference on April 22.

The Bank of Japan concludes a two-day monetary policy meeting, where the central bank's stance toward inflation and the weakening yen will be closely monitored. Inflation in Japan hit a 26-month high in March as more businesses passed on rising raw material and energy costs to consumers.

Shareholders of Australia's biggest casino operator will meet to vote on whether to accept an 8.9 billion Australian dollar ($6.6 billion) buyout offer from U.S. private equity group Blackstone. Holders of a majority of the scandal-plagued group's shares have already pledged their support, including James Packer, the former chairman. Packer's family founded the company and still controls the biggest stake.

New Zealand, which has long had tight COVID-19 entry controls, will allow in fully vaccinated travelers from more than 50 countries and other visa-holders. Visitors will not need to quarantine but must take two rapid antigen tests after their arrival. The country plans to fully reopen in October.