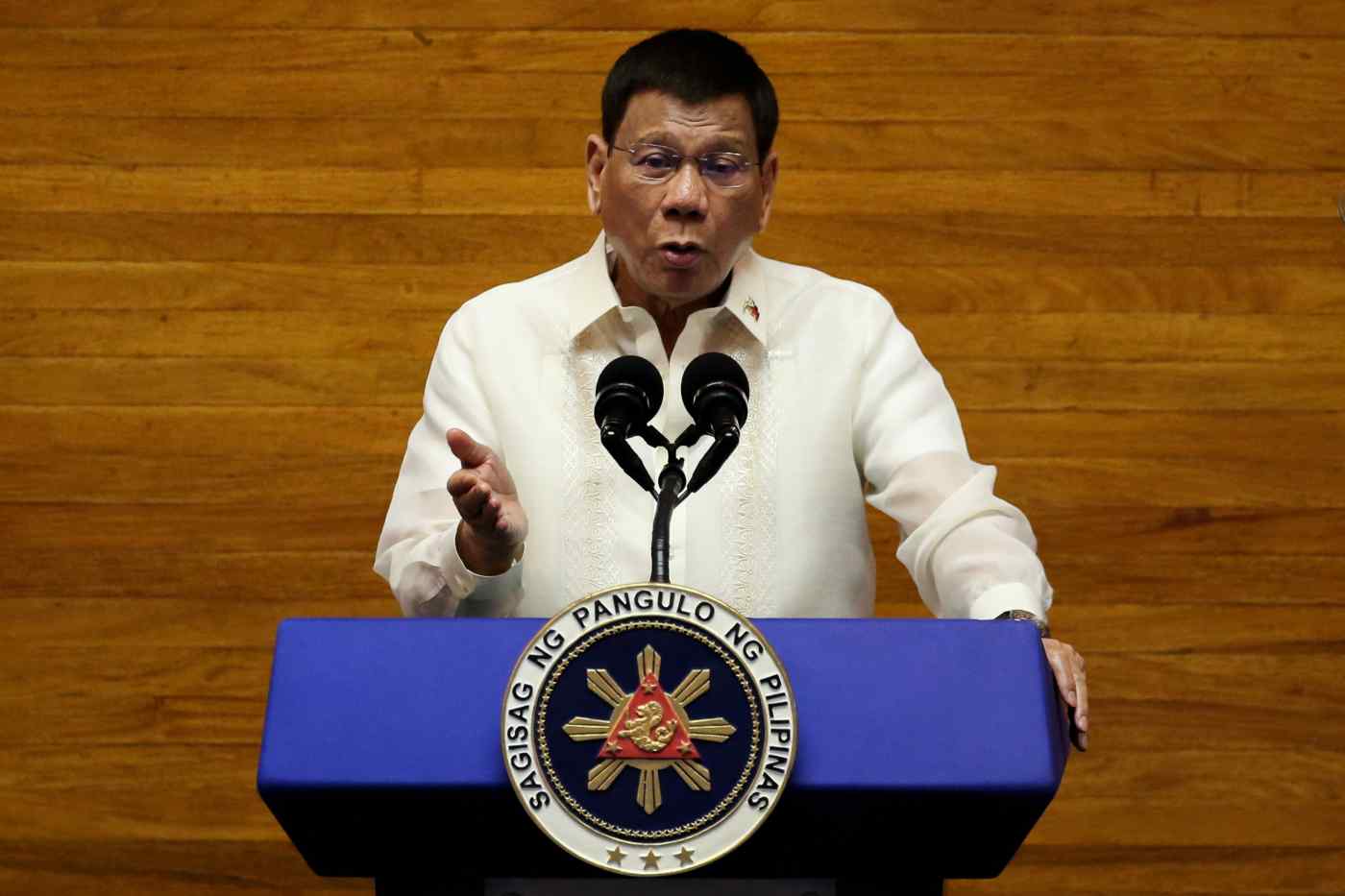 The Philippines' PDP-Laban Party, chaired by President Rodrigo Duterte, will hold a convention on Sept. 8, announcing its candidates for the May 2022 general election.   © Reuters
September 5, 2021 18:26 JST | Philippines
CopyCopied

The race to be Japan's next leader begins in earnest this week, after Prime Minister Yoshihide Suga declined on Friday to seek reelection. At least three members of Suga's Liberal Democratic Party have thrown their hats into the ring. Meanwhile, in the Philippines, President Rodrigo Duterte is all but certain to be the vice-presidential nominee for his party, which convenes to select candidates midweek.

Hong Kong's main share index expands to 60 constituent stocks from 58, with a goal of reaching 80 by the middle of next year. The changes are supposed to turn the index into a better proxy for China, and to reduce the index's reliance on financial stocks. But tech issues facing a regulatory crackdown from Beijing have weighed on the Hang Seng, which has fallen 5% so far this year.

Who's in and who's out? Chinese sportswear retailer Li Ning, glassmaker Xinyi Glass Holdings and China Merchants Bank will join the index, while Bank of Communications will be removed.

Trade figures from China and Taiwan

China's August trade data may signal a further export slowdown, after the purchasing managers' index indicated weaker factory activity due to sporadic COVID outbreaks. Monthly producer and consumer price indexes are also due out on Thursday.

Tuesday will also bring monthly trade figures from Taiwan, which has seen a 31% rise in exports for the seven months through July versus the previous year thanks to booming semiconductor demand.

South Korea's top automaker will unveil new hydrogen mobility technology and next-generation hydrogen fuel-cell systems at an online forum, following last week's announcement that all of Hyundai's luxury Genesis models will be electric by 2030. Hyundai plans to spend 14.9 trillion won ($12.8 billion) over the next five years on fuel-cell and electric vehicle development.

Fine print: The Genesis accounts for just over 3% of Hyundai's vehicle sales, and the carmaker will continue to develop and sell combustion-engine cars for its main brand.

Singapore opens to Brunei and Germany

The first travelers in the "vaccinated travel lane" program will arrive in Singapore from Brunei and Germany, as the city-state gradually opens its borders to revive its economy. The new travel corridor allows people who are fully vaccinated to enter Singapore without quarantining, regardless of the purpose of their visit.

Special entry: Germany has fully vaccinated 60% of its population, compared with Singapore's 80%. While only about 20% of Brunei residents have been inoculated, the Southeast Asian country has a low seven-day average of around 100 new daily COVID-19 infections.

The Philippines' ruling PDP-Laban Party is set to hold a national convention, with a faction loyal to President Rodrigo Duterte planning to formally announce its candidates for the May 2022 general election. Party chairman Duterte, who is constitutionally limited to a single six-year term as president, has agreed to run for vice president.

In the ring: Boxing icon Sen. Manny Pacquiao is considering a presidential bid, backed by a rival faction. Sen. Bong Go, Duterte's longtime aide, has said he would decline a presidential nomination.

Sun Hung Kai Properties, one of the top four family-owned developers in Hong Kong, is scheduled to release its annual earnings for the financial year ended June. The result will offer a snapshot of the state of the property markets in Hong Kong and the mainland, as well as an indication of the health of the hotel, telecom, retail and infrastructure business.

Member countries of the Regional Comprehensive Economic Partnership as well as participants in China's Belt and Road Initiative will gather for a four-day trade expo in the southern Chinese city of Nanning, near the border with Vietnam. China is seeking to enhance trade ties with Southeast Asia, which is already its largest trading partner and increasingly taking China's place as the world's factory.

To the north in Beijing, Chinese companies will showcase their latest innovations at the World Robot Conference, part of a push to switch to high-end manufacturing. Foreign robot makers, including Japan's Yaskawa Electric and Switzerland's ABB, will also be there.

Macao will hold an election for its 33-member legislature on Sunday. However, for the first time since the handover of sovereignty from Portugal to China in 1999, all candidates deemed pro-democratic by the authorities were officially disqualified. The electoral system is already designed to prevent the pro-democracy camp from taking a majority of seats, but this election will, in effect, eliminate all opposition voices from the local parliament.

The legislative elections, held every four years, only allow 14 representatives to be chosen by popular vote, and there is a separate vetting process to qualify as a candidate. Despite this arrangement, a few pro-democracy candidates previously managed to win seats.

What about the rest? Of the remainder, 12 seats are filled through functional constituencies based on five business and social groupings, while seven members are appointed by the chief executive.

The show must go on for pop singer Denise Ho, one of Hong Kong's few outspoken pro-democracy celebrities. Fans will be treated to an online concert Sunday, after Ho's seven sold-out performances were canceled by the venue, citing a contractual clause about possible risks to "public order or public safety." The cancellation came days after a Communist Party-controlled newspaper labeled Ho "anti-China."