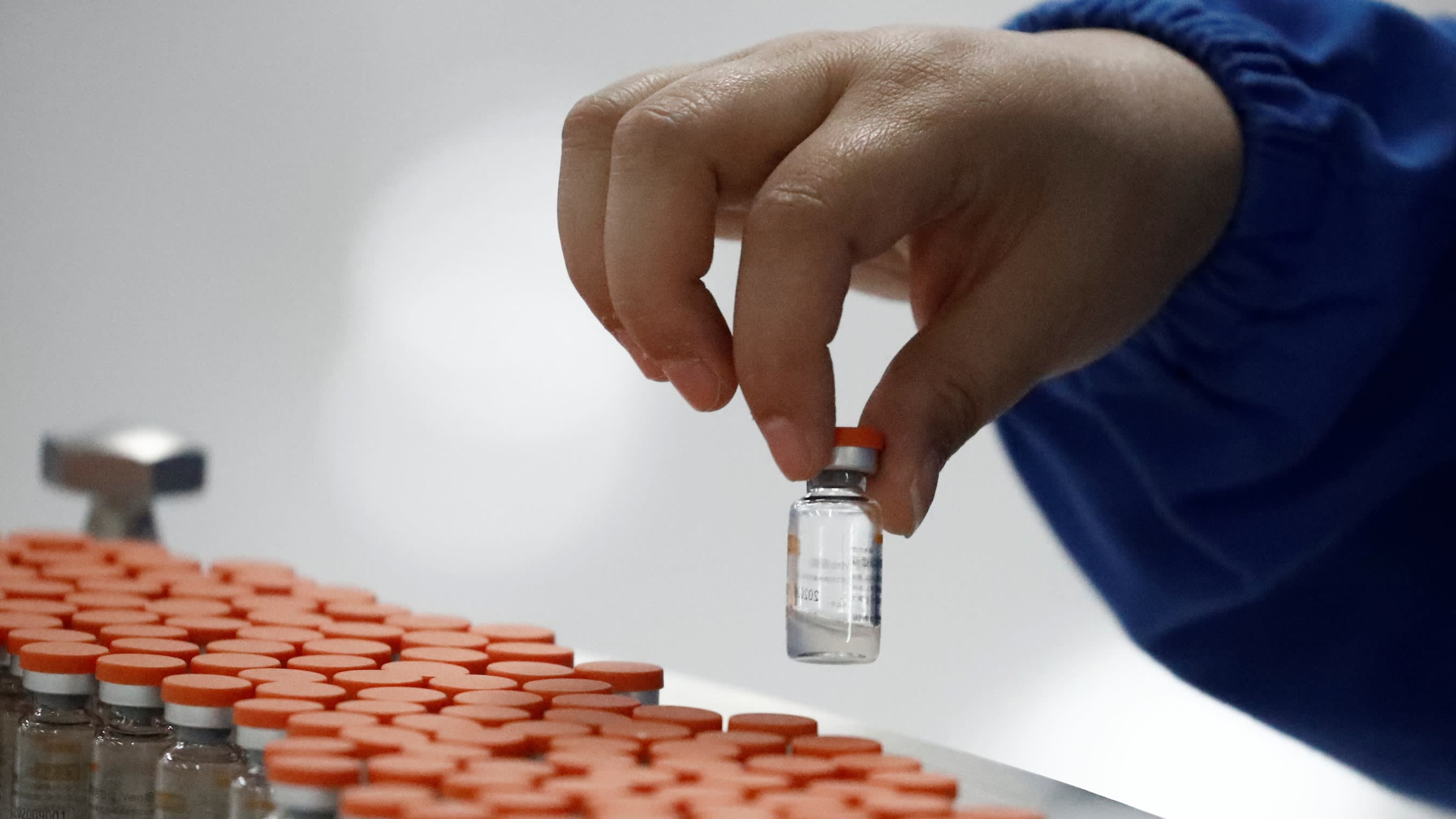 A midweek announcement is expected from Sinovac Biotech on the results of its Phase 3 clinical trials of its coronavirus vaccine.
December 20, 2020 18:20 JST | China
CopyCopied

The week before Christmas may bring a welcome gift if trials are successful for another coronavirus vaccine, this time from Chinese pharmaceutical company Sinovac. Results from Phase 3 clinical trials for Sinovac's coronavirus vaccine are expected midweek.

In Japan, two budgets are expected from the national government for the 2021 fiscal year and the Tokyo 2020 Olympic committee. South Korean regulators will review the merger of the country's two biggest food delivery apps, while China's NPC Standing Committee mulls an Anti-Monopoly Law.

Finally, this will be the last 2020 edition of Your Week in Asia. We will be back next week with Your Year in Asia, a look ahead at 2021's biggest events. Thank you for subscribing to our newsletter.

Index provider FTSE Russell starts the week by deleting shares of eight Chinese companies from its global equity indexes and China A Inclusion Index. The expulsion list was compiled after a U.S. order restricted share purchases of those companies over alleged links to China's military.

Japan's health ministry will decide Monday whether to approve Fujifilm's Avigan drug as a treatment for COVID-19. Shinzo Abe, Japan's previous prime minister, initially aimed to have the drug approved in May. But Fujifilm only applied for approval in October, after a lack of patients hampered the progress of clinical trials.

On the same day, Abe's successor, Yoshihide Suga, and his government will approve a draft budget for the next fiscal year, starting April. With economic recovery still uncertain, Japan is not expected to start tightening its belt anytime soon. The 2021 budget is expected to total over $1 trillion, an increase of 3% from the original 2020 plan, that later ballooned by more than 70% due to the coronavirus pandemic and resulted in over $1 trillion in new debt.

The Standing Committee of China's National People's Congress will hold a five-day meeting to review, among other proposed laws, amendments to military-related laws and a draft Anti-Monopoly Law. The meeting will be the first since the Trump administration sanctioned 14 top NPC officials, barring them from visiting the U.S. and freezing their assets.

A final budget for the postponed Tokyo 2020 Olympic Games is expected on Tuesday evening after organizers hold an executive board meeting.

Split the bill: Up to $2.8 billion in postponement costs and COVID countermeasures will be covered by the organizing committee, the Tokyo Metropolitan Government and the central government. The latter was estimated to have spent $12 billion to prepare Japan for the games.

Chipping in: Japanese corporate sponsors have pledged $192 million to keep the committee afloat through July. The cohort of 62 companies had already broken the record for Olympic sponsorship fees, raising more than $3 billion.

A midweek announcement is expected from Sinovac Biotech on the results of its Phase 3 trials of its coronavirus vaccine. Sinovac will be the first of the four Chinese vaccine producers to reach this final stage of clinical trials. The Beijing-based company has conducted tests in countries such as Brazil and Turkey. Recently Sinovac received $515 million to scale up production from an affiliate of CP Group, Thailand's largest conglomerate.

Shareholders of Sina Group, the Chinese operator behind the popular microblogging platform Weibo, are expected to approve a proposal to go private that would see the 22-year-old company depart from Nasdaq, where it has traded since 2000. The offer, made by Chairman and CEO Charles Chao, comes amid continuing tensions between the U.S. and China, leading more Chinese technology companies to flee American exchanges.

The nine board members of South Korea's Fair Trade Commission will discuss on Wednesday a proposed merger of the country's two largest food delivery service companies. German company Delivery Hero agreed to buy Korean app developer Woowa Brothers for $4 billion a year ago, as part of its strategy to expand presence in Asia.

Delivery delays: The deal faces hurdles as the South Korean antitrust authority has taken a negative stance on the merger, worrying that it will create a mega company that controls more than 90% of the market.

Nitori ends year with a bang

Positive news is expected from Nitori Holdings when the Japanese furniture retailer posts September-November earnings on Friday. The company's profits have been growing this year as people stay indoors and spruce up their homes. Nitori has adopted an aggressive growth strategy, planning to invest hundreds of billions of yen in logistics and purchasing hardware goods chain Shimachu.

On the other hand, department store operator Takashimaya will also announce quarterly results on Friday. The company has been hit hard by the pandemic since early this year, but it also sees some hope in stay-at-home luxury needs.

From Saturday through Monday, Franklin Templeton Mutual Fund will conduct electronic voting on the windup of six Indian debt schemes, which were frozen on April 23 due to "severe market dislocation and illiquidity" caused by the pandemic. The voting will be followed by a meeting of unit holders the following Tuesday.